A man on Saturday hacked to death his former wife and daughter in Kabururu village, Tharaka-Nithi County.

The man hacked to death his wife and turning on the daughter who had warned her not to cry. This scene has left citizens to be more worried about the trend of the gender based violence. 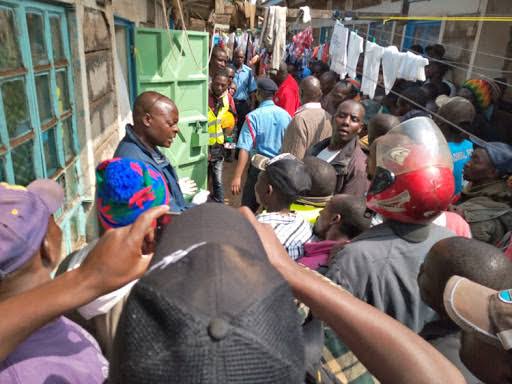 Police were notified about the acts and they rushed to the scene of the crime and upon arrival they found the two bodies lying in a pool of blood. Officers said that after the suspect had finished the heinous act he fled away and they are tracing his whereabouts.

The father of the deceased claimed that the suspect had been threatening to kill her daughter after they separated. The killer met the woman when she was in college and after some time the woman dropped out of school and settled with the man only for her to be killed by him. The bodies of the deceased was moved to Chuka general Hospital morgue.

The father of the deceased is calling on police to give them security as the man might come back and try to end the life of another person. 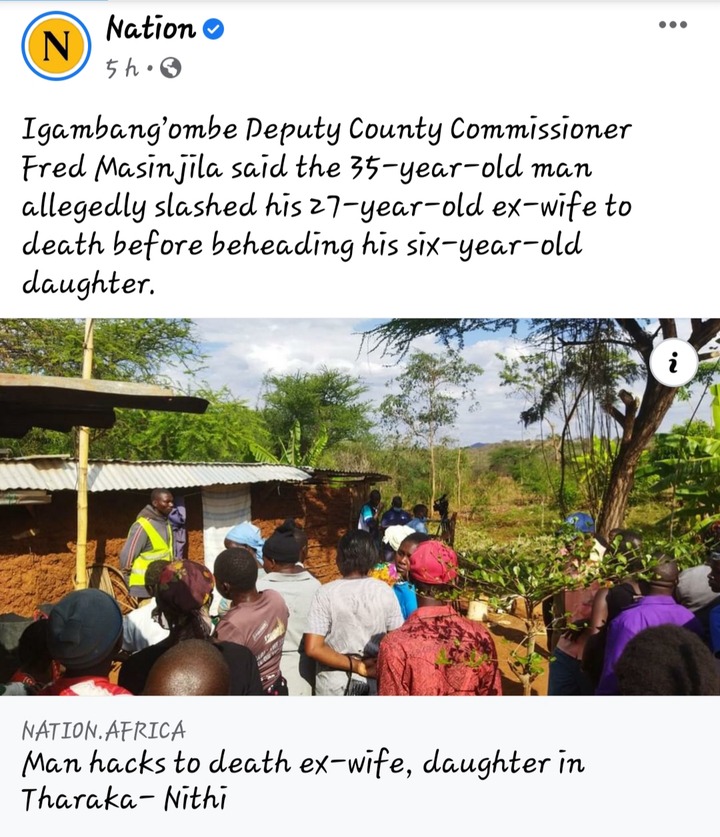