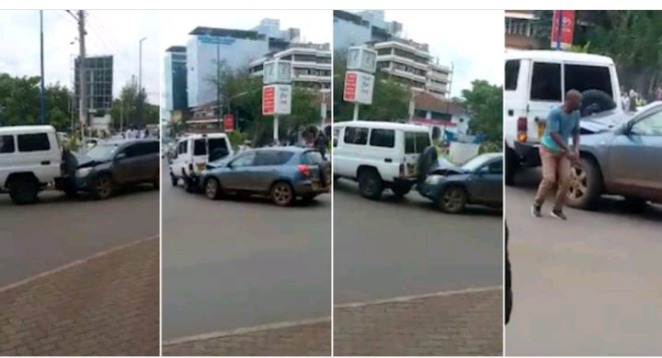 A video showing a motorist deliberately and repeatedly rear-ending a Police Vehicle has circulated in various social media platforms. 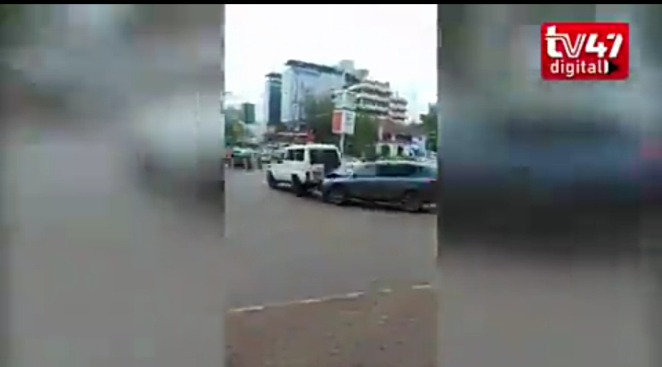 Efforts to peaceful stop the motorist were futile and a police officer who tried to come in between the two vehicles while trying to calm the situation was almost knocked down by the angry motorist.

The Police officer who had alighted from the white land cruiser was forced to shoot the vehicle's tyres inorder to demobilize the vehicle.

Confirming the Incident the National Police Service (NPS) said they conceived the incident as an act of terror but after arresting the motorist they discovered that he was battling some psychological issues. He has since been taken to hospital for further treatment 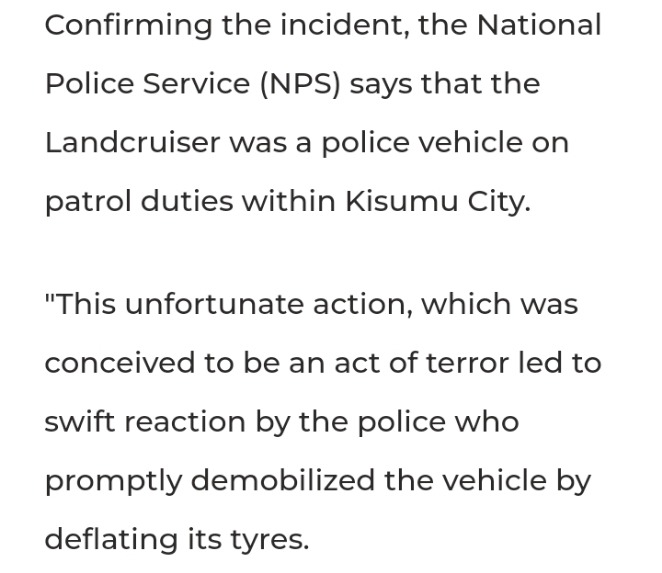 Residents who were going on with their activities gathered to watch the unbelievable as some recorded the dramatic scene using their phones.

The angry motorist as well as residents who had gathered sped off as soon as shots were fired.

Kenyan President Who Was Almost Introduced To Freemasonry

Meet Judge Who Tried to Recruit Kenyan President into Freemasonry