"This Is So Disturbing" Reactions as Man Eats a Live And Uncooked Chameleon, Crowd Watches

The Chinese people are the ones known for eating chameleons, bats, snakes and other animals. In Africa, such animals are widely regarded as inedible and taboos in some African communities. 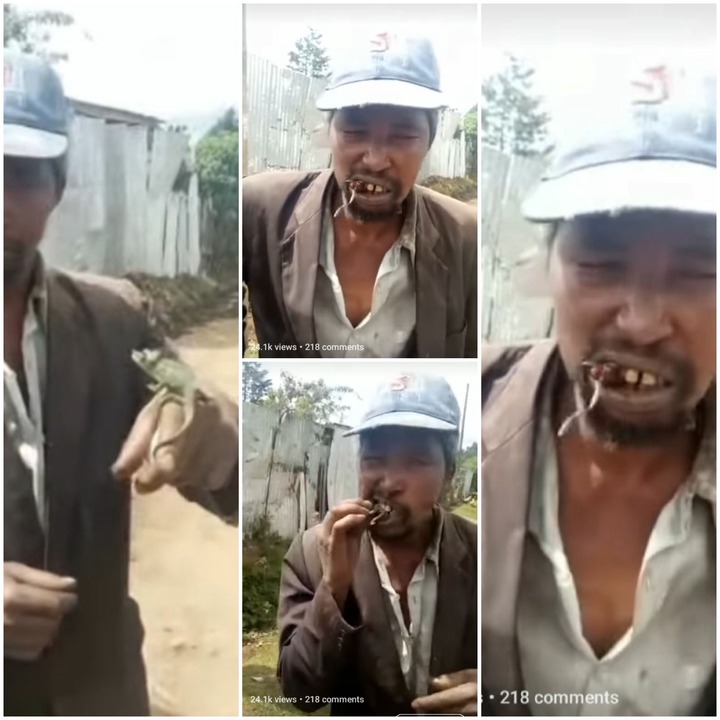 However, a video of an unknown brave man feeding on a live chameleon today hit the headlines, setting the internet ablaze.

In the video shared by Lulu, a man bravely fed on an uncooked chameleon as a crowd watched in disgust. The onlookers conversed in Gikuyu language and some bits of Kiswahili. According to a fan named Moya David, the onlookers said that they would get a lot of money from that interview.

The man donned in a white shirt, a black coat and a cap carried a chameleon on his hand. The onlookers encouraged him to go ahead and eat the chameleon. The man then put the chameleon in his mouth and started to chew it alive. 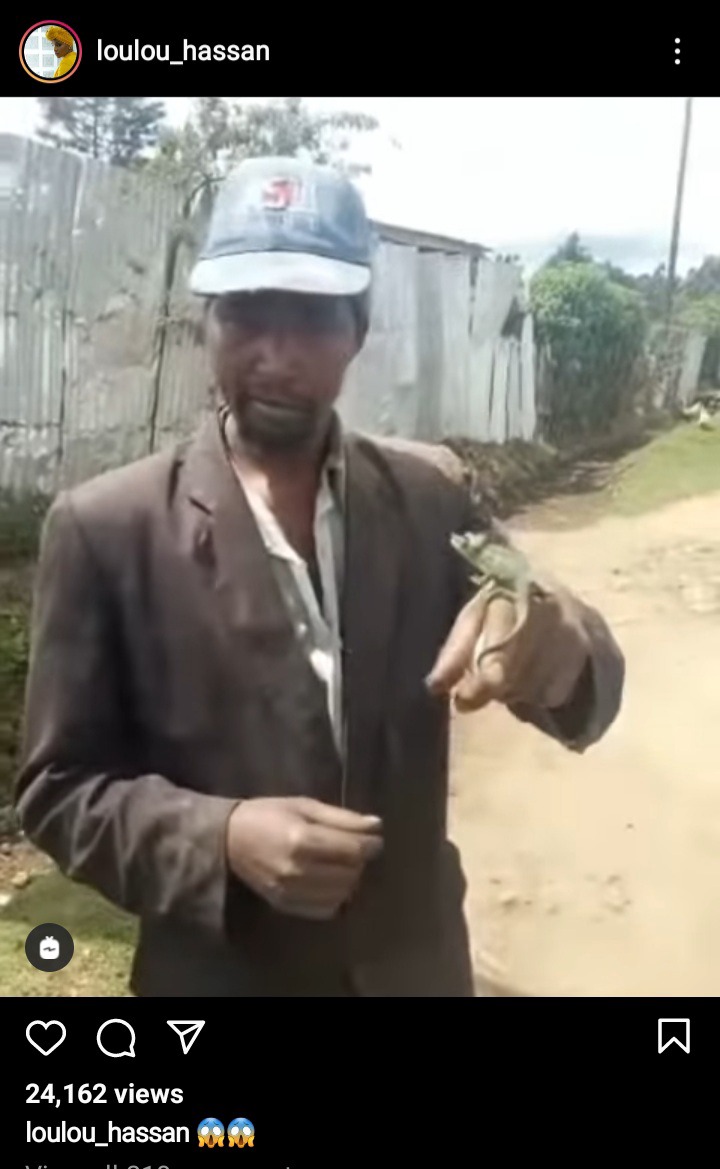 To him, this was a delicious meal. He chewed the chameleon for some minutes to the point where it was ready for swallowing. A man from the crowd brought him some green leaves of an unknown plant to chew together with the chameleon but he declined.

The man said that he is eating the chameleon for the last time and will not eat any other chameleon. An onlooker was heard screaming as he watched him in disgust. Another man was seen running away from the scene in the background.

They were spotted by the roadside where the man ate the chameleon. There was a home fenced using iron sheets right behind the man.

However, the man experienced some difficulties while swallowing the chameleon. He said that the meal was choking him as he put his hands around his neck. Click the link below to watch the video:

The video sparked mixed reactions from fans. Below are some of the comments that came from fans:

Zeph Zephy, "This is so disturbing😳." 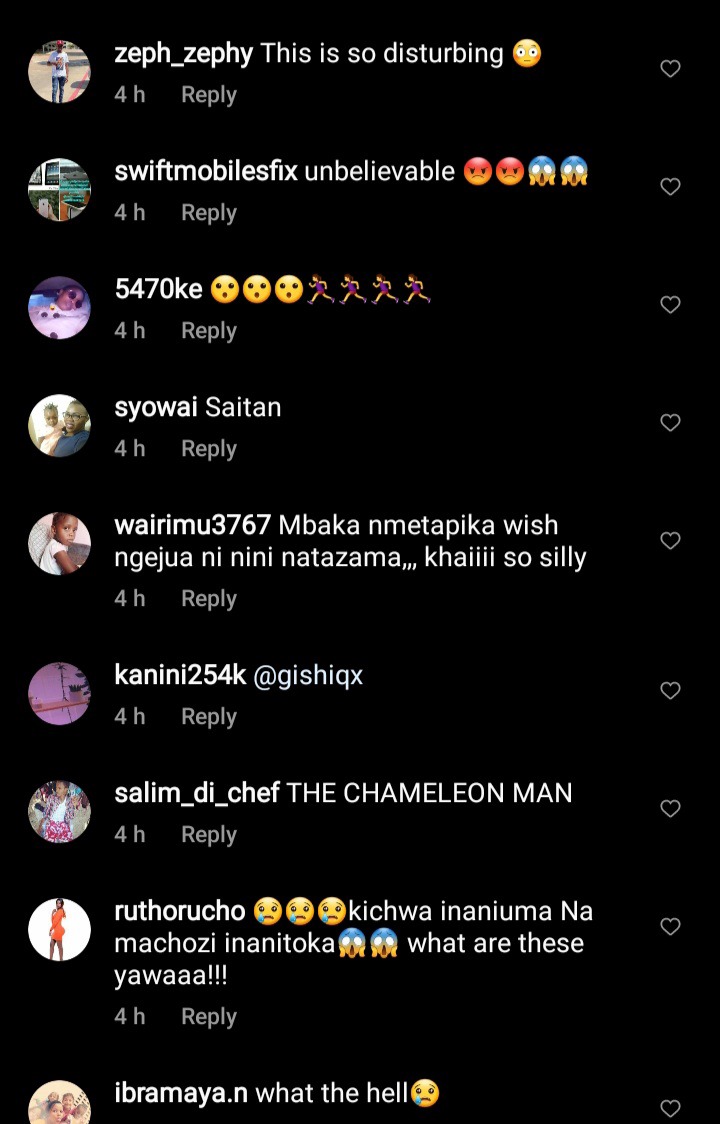 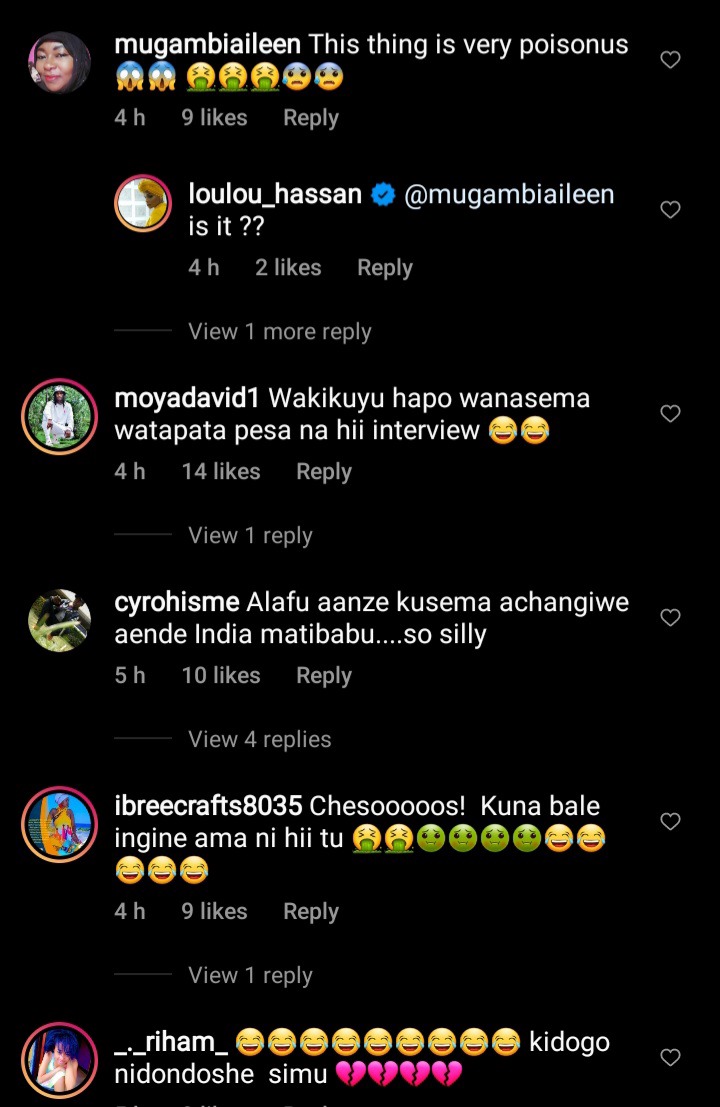 Eric Nyankanga, "Chameleons are eaten in Asia and many other places. They are not poisonous as most of us assume." 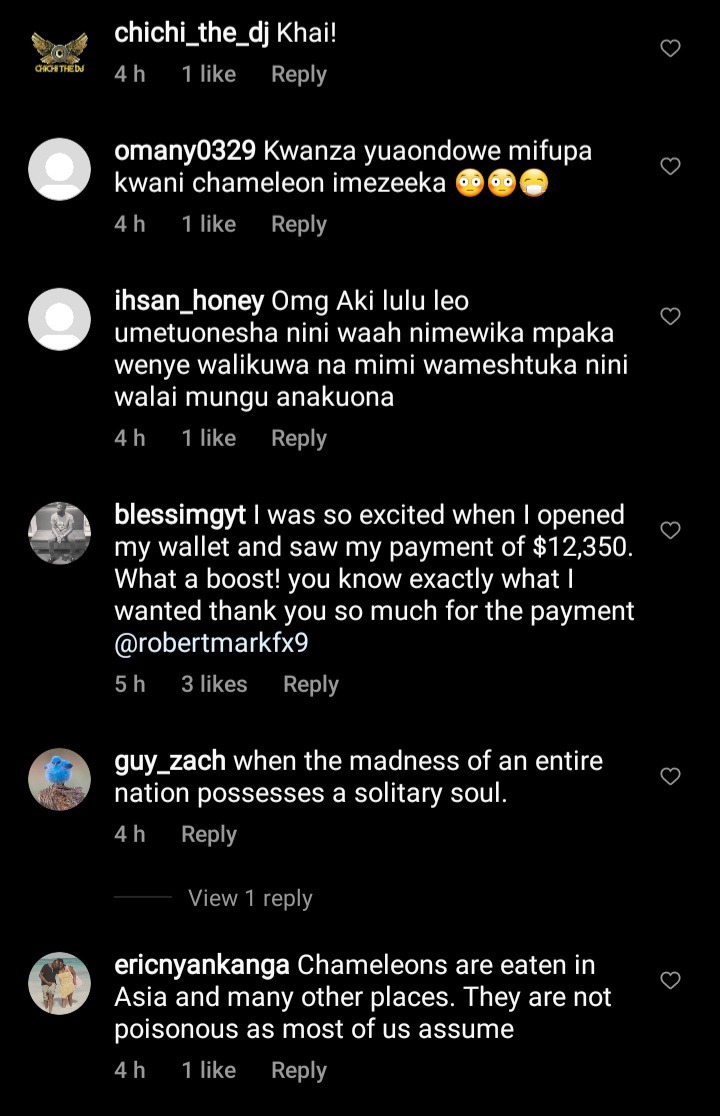 Africa Chinese Gikuyu Lulu This Is So Disturbing