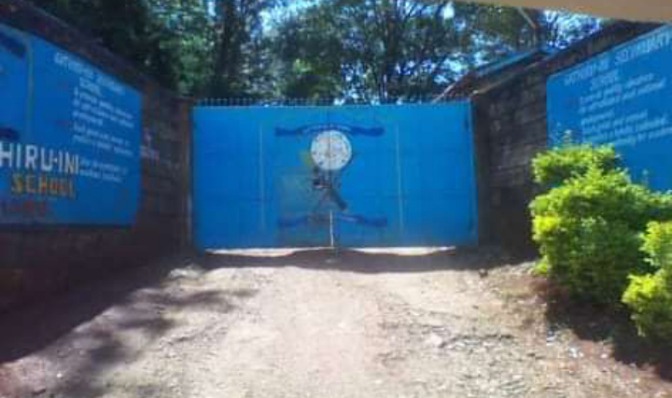 Reports of form four boy who was lynched to death by female students after he was caught sneaking into their dormitory emerged online evoking reactions and somber moods among Kenyans.

According to the source, a 17-year-old student at Gathiru boys secondary school in Kiambu county was among the company of five colleagues who had sneaked at a neighboring school known as Komothai girls.

Reports indicated that the six boys sneaked into the compound and tiptoed to the girl's dormitory for unknown reasons. One of the girls spotted them and alarmed her colleagues.

Further reports indicate that in minutes, the whole students, security guards, staff had wakened up and rushed to the scene to find out whatever was happening. 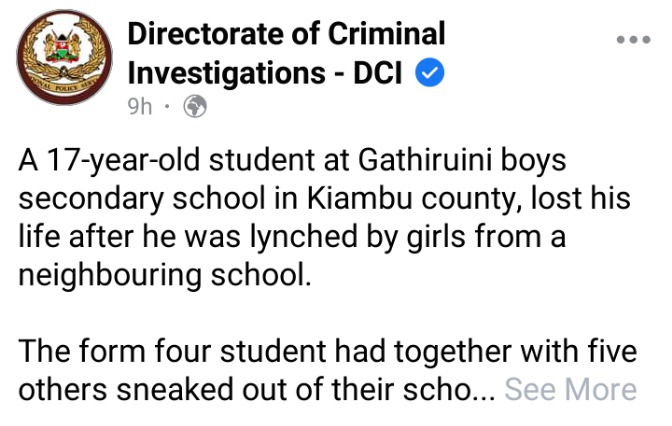 Source has it that the five students managed to trace their way out and disappeared from the school compound but the young man didn't make it, he was badly beaten and sustained serious injuries.

He was taken to hospital where he succumbed to injuries. Police officers toured the scene, several logs were discovered there and indications that they were used to lynch the young man. The officers discouraged members of the public from taking laws into their hands. 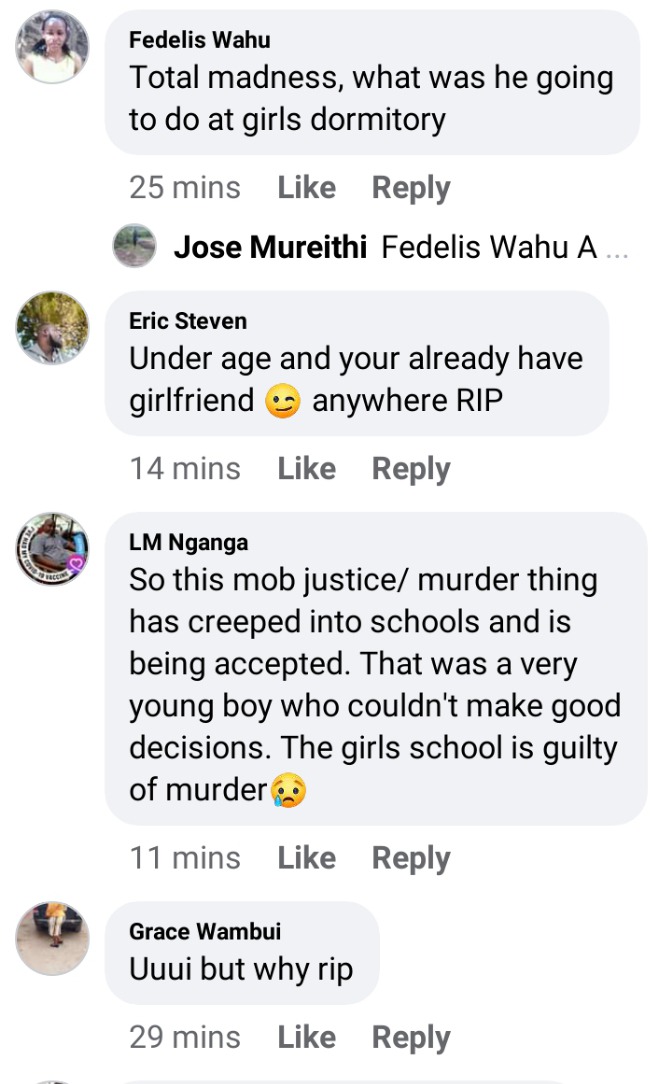 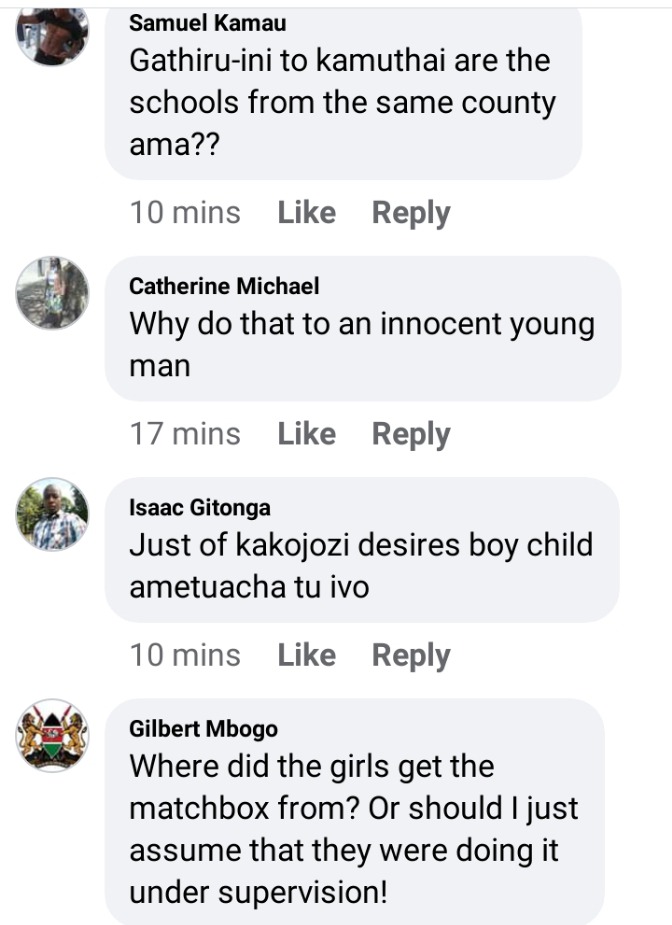