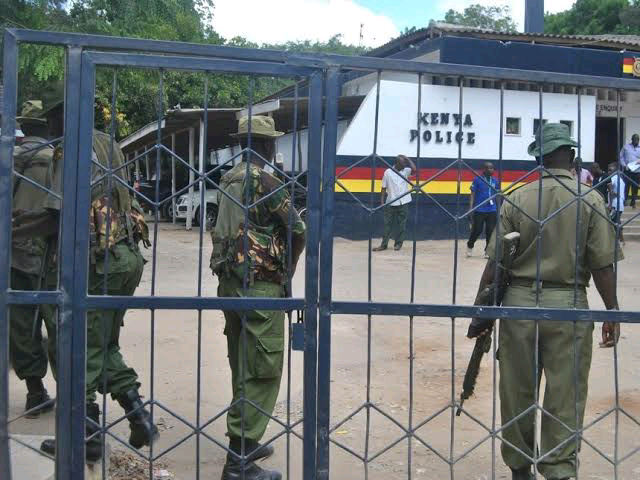 Two police officers who hit a shop attendant in Akala, Kisumu County and sped off leaving her unconscious at the Akala-Kisumu road at Akala, Kisumu east county were arrested today morning at 9.00 am.

Confirming the incident, Akala Sub-County Police Commander, Linus Kioko said that the officers were nabbed while on duty and were taken to Akala police custody. 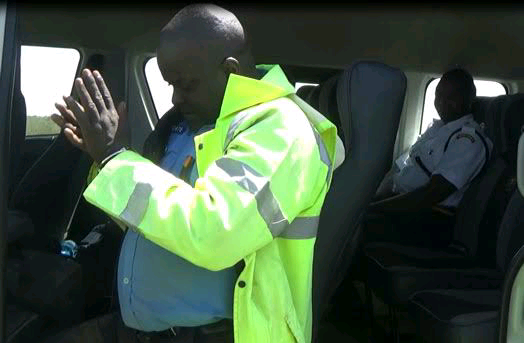 The police commander further said that the two officers, sergeant Rennet Robert and senior sergeant Kennedy Ochieng will be taken to court on Tueday to face careless driving charges.

“Yes, one of our vehicles was involved in an accident and the officers who were driving has been arrested and will be taken to court on Tuesday to face charges,” Kennedy stated.

The accident left the shop attendant, Judith Atieno lying on the road with blood oozing from the mouth. 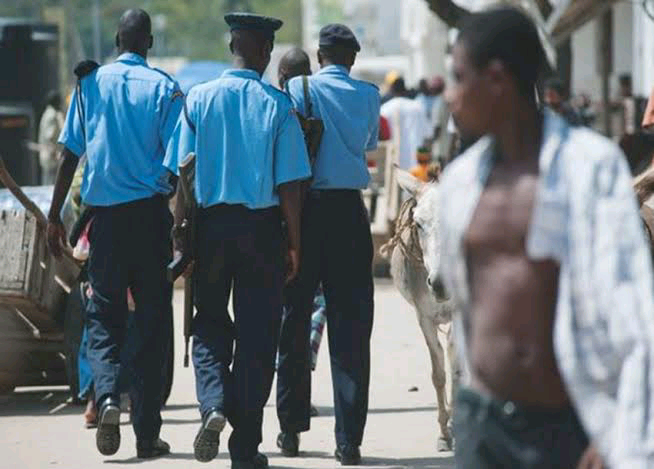 A witness, Arthur Oguk, said that the officers who were driving a police vehicle seemed drunk and hit Atieno from the front and sped away leaving her lying in a pool of blood.

Arthur claimed that the incident happened on Sunday morning adding that the officers were arrogant and refused to pay for the damages they caused.

He was driving an AP vehicle attached to the Burnt Forest area and was visibly drunk as seen in the video recorded by one of the passengers involved.

Residents called on the police body to dismiss the officers on grounds of irresponsibility.

"The officers should be arraigned and charged with irresponsibility," said Okuku one of the resident.

Meet Lady Justice Teresia Matheka, One Of The Judges Who Gave A Ruling On BBI Bill

How Rayvanny's Ex And New Lover Celebrated Their Eid

Kimeumana Bana: Reactions as Khaligraph Jones Pleads for Help after He Ran out of Fuel (Video)