The residents of Kongelai area in Kapenguria, West Pokot County were left in stock after a man showed up in his own funeral. 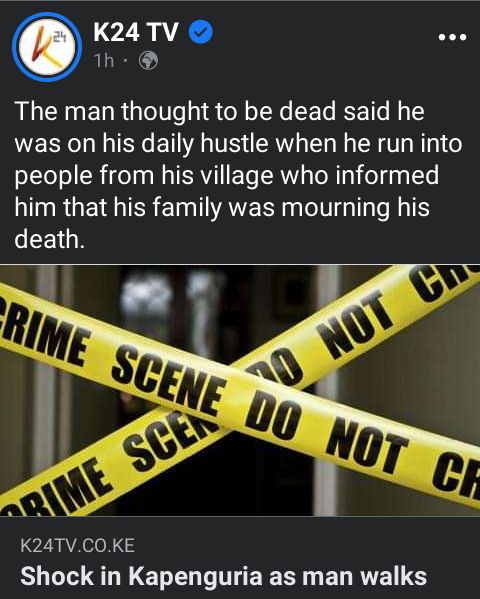 A group of women who were selling vegetables noticed a strong odour from the nearby bushes and notified the locals who decided to check.

Upon checking, the locals identified a decomposing body of a man which according to them resembled that of a local man called Muriumeler.

They informed the family of the man who confirmed that indeed it was his body. The body was taken to the mortuary and the family started funeral plans. They went ahead and set a date for their kin's burial.

Muriumeler was busy with his daily business at Chepareria market when he met people from his village who informed him that his family was mourning him. He called his brother with a private number who confirmed everything. 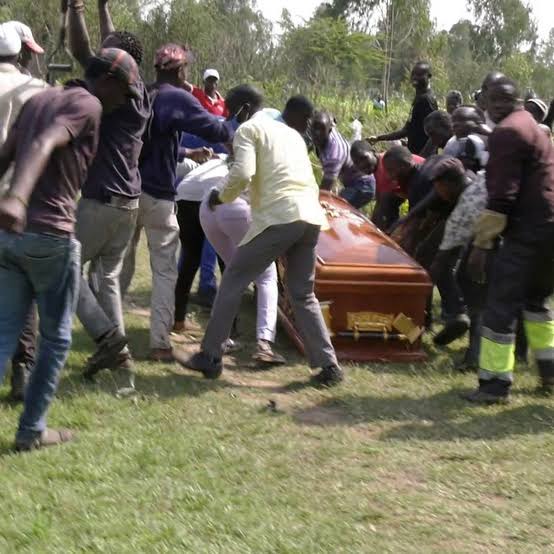 He decided to go to his home village during the burial day only to find people mourning him. They could not believe their eyes and claimed that it was his ghost that had visited even after his attempts to explain everything.

Police intervened and blocked the family from burying the body. They took it back to Kapenguria Morgue where it's still preserved.