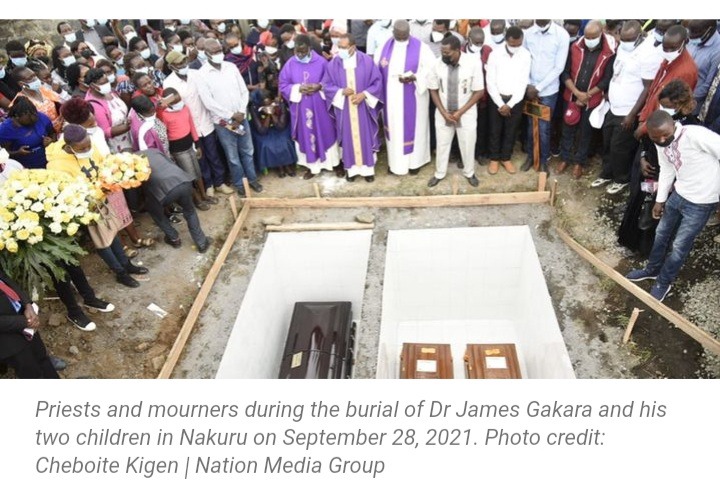 Dr James Gakara and his two kids aged 3-year-old Dylan and 5-year-old Hailey respectively have been buried in emotional ceremony in Nakuru.

The doctor together with his two kids were buried at their Mbaruk home.

Thousands of mourners teamed up in the sleepy Muhereshwa village in Mbaruk to give their send off to the three deceased. 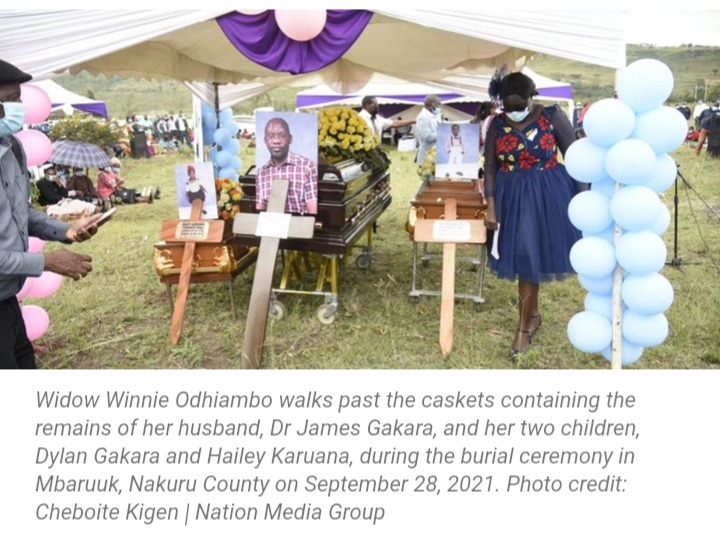 Dr Gakara, 54, succumbed on September 22 when undergoing treatment at the Nakuru Level Five Hospital where he was admitted after he was picked lying unconscious in his house.

The kids were also found dead in their bedroom.

Police stated that Dr Gakara injected his the two kids with unidentified drug before he attempted suicide with the same substance. 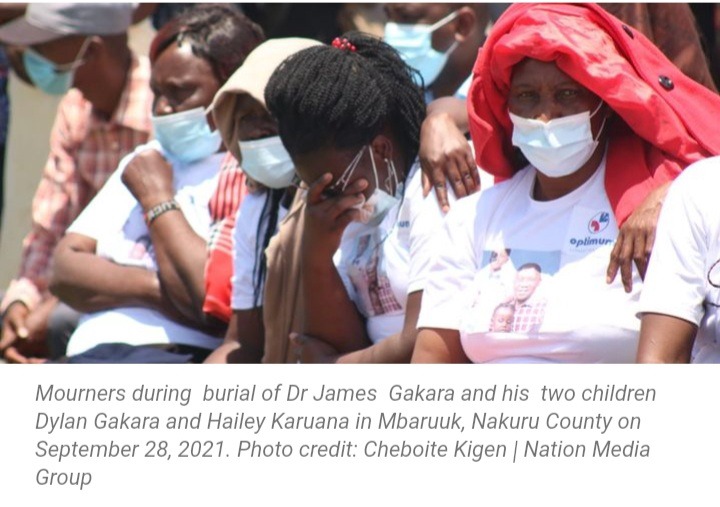 An autopsy on the body of Dr Gakara established that he succumbed to ingestion of an unknown substance.

Dr Titus Ngulungu, the government pathologist who performed the autopsy at the Nakuru Level Five Hospital morgue on Friday last week, found traces of drugs in the body and some injection marks on one of his arms. 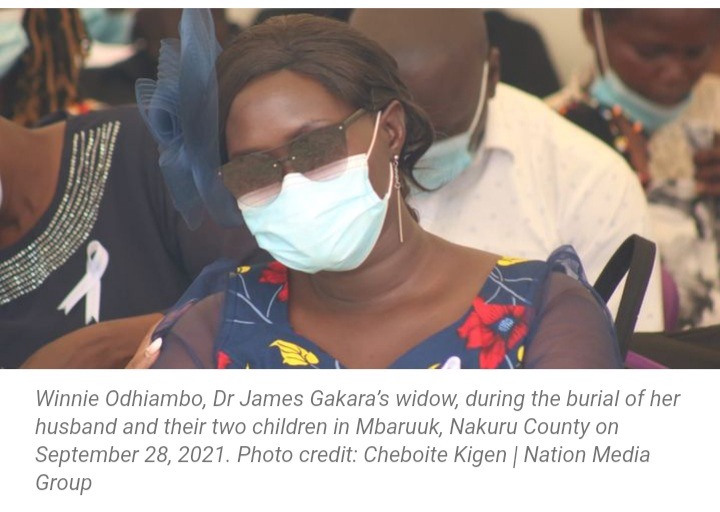 "As a result of my findings, I found out that the cause of death was unknown substance believed to be medicine,” Dr Ngulungu said.

Autopsy on the bodies of the two kids was performed on Sunday last week at the Nakuru County mortuary, with sleuths taking samples for further medical examination as it did not revealed the root cause of their deaths. 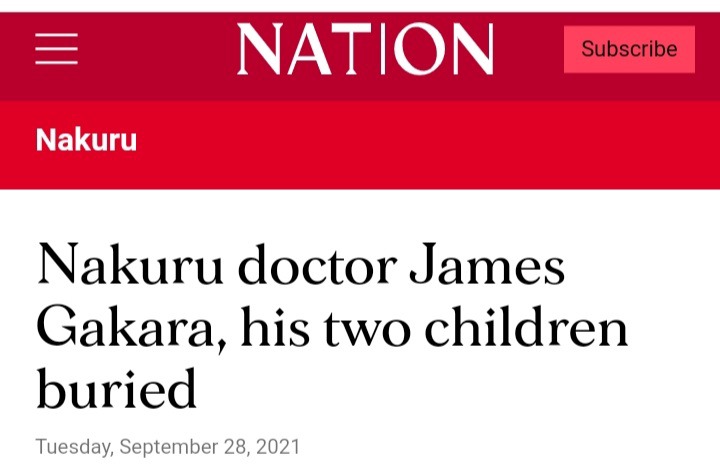