Painful: What Winnie Odhiambo Did During Her Kids Burial That Left Many Crying

By Djrhymez (self media writer) | 17 days ago 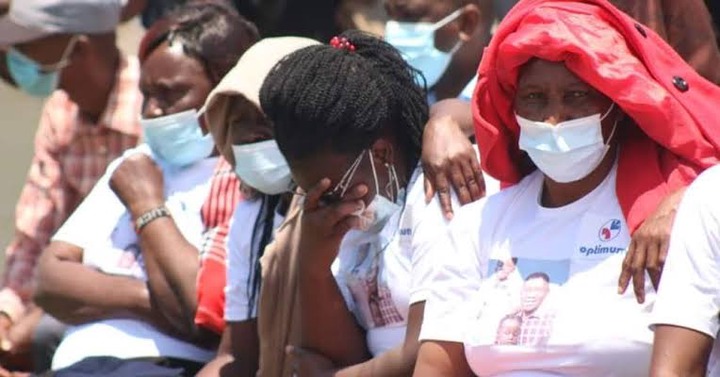 Grief engulfed mourners who turned up to bid farewell to the doctor believed to have killed his two children before committing suicide. The burial took place at their Mbaruk home in Gilgil.

James Gakara, 54, was interred in a separate grave, as his children Dylan, five, and Hailey, three, were buried in one.

Gakara an obstetrician at Optimum hospital passed on at Nakuru general hospital on the 22nd of September. 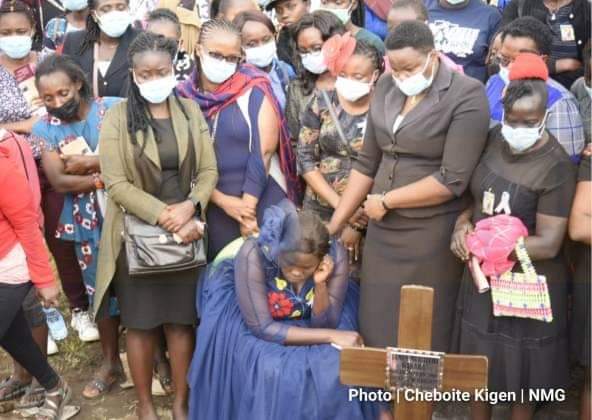 According to previous reports, Dr. Gakara had injected his two kids with an unknown substance before committing suicide.

This statement was confirmed by the area police boss Beatrice Kiraguri who said the late doctor had confessed to the macabre killings.

However during the ceremony at their home, Winnie Odhiambo left many in fear after she read her two kids their favorite bed time stories before they were interred.

“We never went to bed before we prayed, and me reading them bedtime stories. Your favourite stories were the ‘Donkey in a well’, the ‘Big Bad Wolf’ and ‘The Six Piglets’. How shall my weekends be,” said Winnie amid sobs.

The sad mother described her daughter as an upcoming doctor and her son as a captain.

May their souls rest in peace. 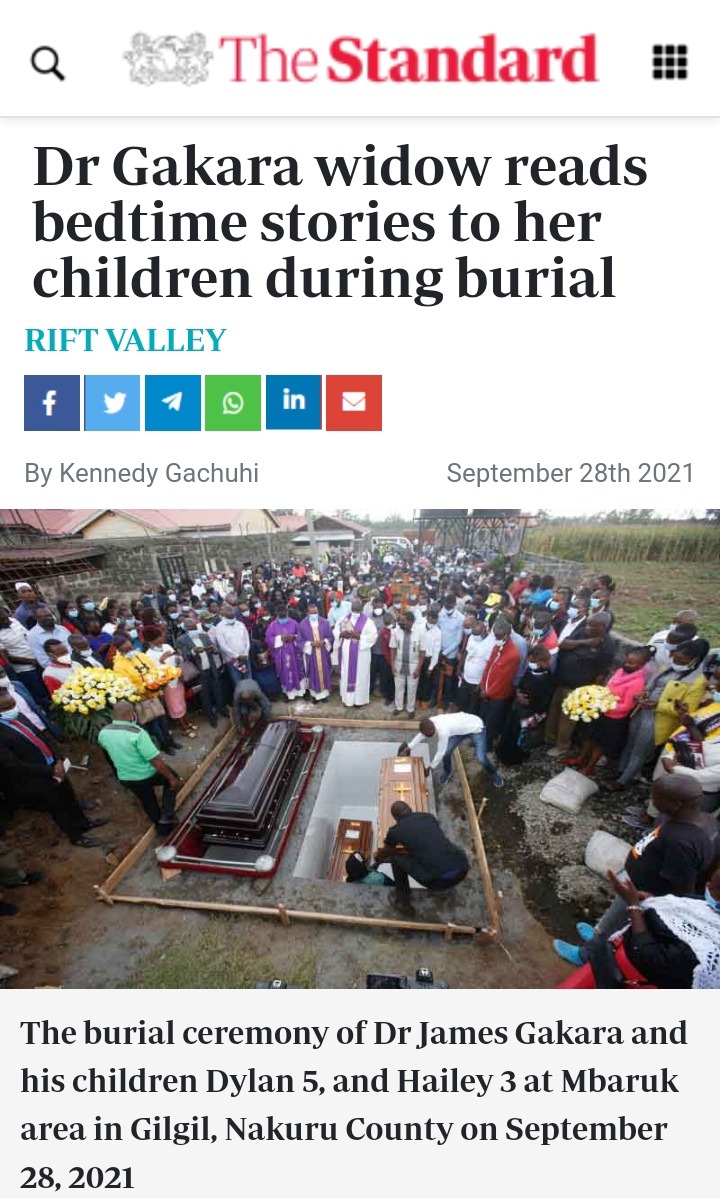