By OumaDolly (self media writer) | 10 months ago 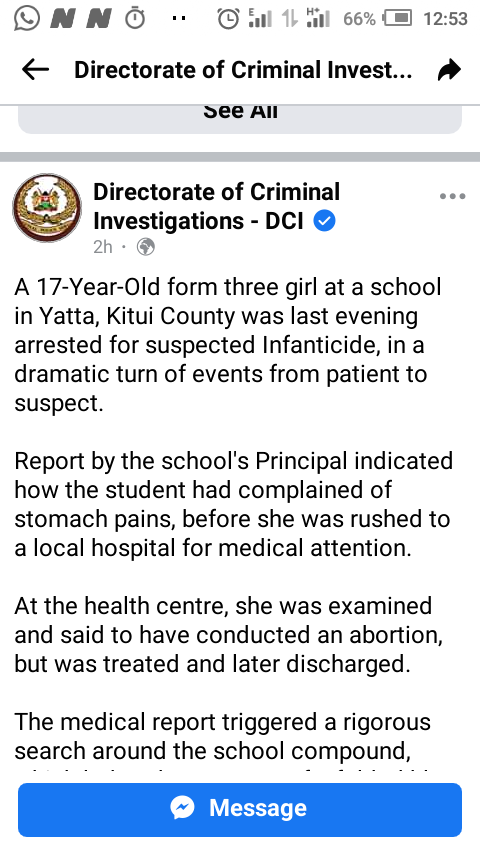 It is yet another sorrowful moments in Yatta Kitui after a form three female student who is said to about 17 years of age is reported to have killed her baby and throw it into the toilet.

According to the post by the Directorate Criminal Investigations on their Facebook page,they did report of of a 17 year old girl who was reported by her school principal to have killed her baby and later dump it inside the toilet.

The DCI on their post did say that the girl's principal did report that the girl was earlier said to be having severe stomach ache that forced them to rush her to the nearby medication centre. At the medical center,the doctors reported that she tried an abortion and thus their is need for the principal to find the kind of drug she used so they can find how to help her. 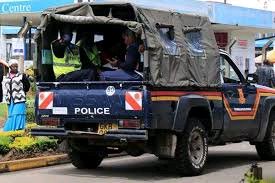 This forced the school principal to go and conduct a such in the lady's bed where they realize that one of her bed sheet was missing. When they tried tracing the bed sheet,they found out that it was dumped into the toilet.

This made them curious to go further and find out the contents of the bed sheet. To their surprise,they did find a baby who was about 8 months of age wrapped with the bed sheet. On keen looking at the baby,he had a peace of net tied on her kneck which they assumed to have been used in literally killing the baby.

The principal was forced to notify the police who came and arrested her and took her to the police station whereas the baby was taken to the mortuary waiting for autopsy.

This forced the principal to call an assembly and warn students over abortion,she went ahead to advise those pregnant not to try imagining such an act. Let them deliver and take care of their baby other than killing them.

How can we help out younger ones?