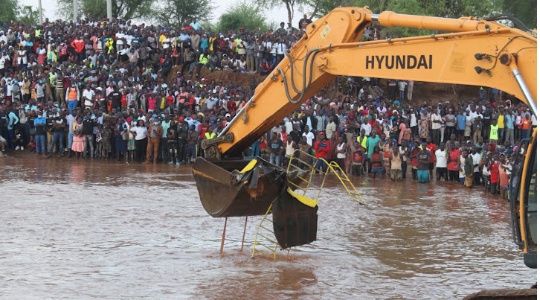 New details continue to emerge on the deadly Mwingi bus crash as survivors continue to recount the ordeal. The 30 members of St Cecilia Catholic choir had set out to attend a wedding of a 70-year-old man in Nuu Mwingi town on Saturday,4 December not knowing that their journey would come to a tragic end. On reaching River Enziu which is located 3 Kilometers from Nguni diversion off the Mwingi-Garissa road, they came across a swollen river. They decided to wait on the banks for the water levels to subside.

They took long waiting until they grew impatient. They pressured the driver to take the risk and drive through the eroded drift. This is after they saw two other vehicles crossing the bridge. The driver then caved to pressure and requested people to enter the bus so that they could add weight to it and avoid being swept by the waters. He drove through and tragedy struck. By Sunday, 32 bodies had been retrieved from the river.

Some of the servitors who are currently at Mwingi Level Four Hospital on Sunday narrated to the media events before the tragedy and how they managed to escape death. Lennox Mbaji, a resident of Mwingi town, had been hired by the choir as a photographer. He is among the 10 who survived.

He said when the bus missed the drift and was toppled by the current; confusion ensued, with its occupants desperately screaming for help. Lennox says that he somehow reached the window and broke it to exit after which he threw himself into the water and tried to swim. Luckily, divers who had witnessed his struggle urged him to dive again in the waters and swim in their direction. This is what saved his life. 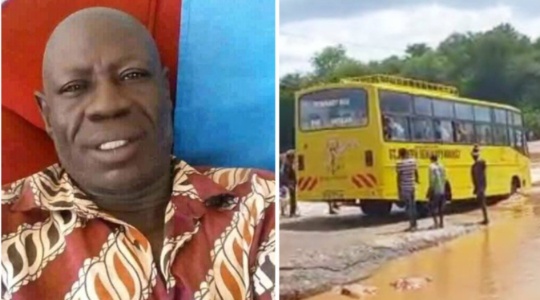 “I tried swimming downstream, but the currents were heavy. I swam back and climbed atop the bus. I thank God for saving my life. I can’t say I did anything right to be alive today. It’s only God’s grace,” said a Shaken Mbaji.

According to him, the driver was under immense pressure from some members of the choir after a few matatus crossed the river. They questioned the driver on how small vehicles could have crossed yet he was not able to do so with a bus.

“They came up to the driver and told him they would make it since other smaller vehicles had crossed. It was also getting late for the wedding. That’s when he decided to drive in,” he said. 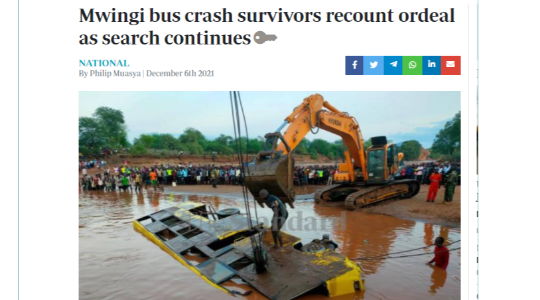 Another servitor identified as Regina Kimwele says she lost her employer who she was accompanied to the wedding. She says that when tragedy stock and the bus overturned, she found herself flung into the waters and clung to another person, who was almost drowning. Quick action by the divers saved her life. According to her, her boss was accompanied by her husband and three children and that their seven-year-old boy drowned in the water together with the mother.

“I’m so saddened that she and the child lost their lives. I saw her being removed from the waters and I recognized her. God has a purpose for saving my life since so many good people died there,” she said. 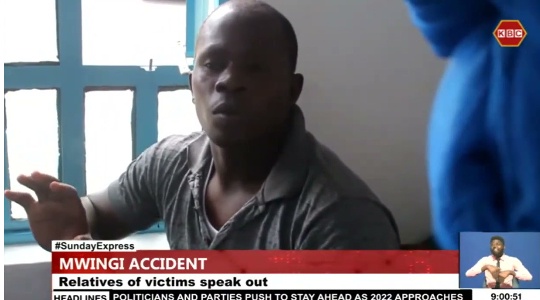 Kimwele’s Narration of Events before Tragedy

According to Kwimwele, just before the bus plunged into the river, other passengers from smaller cars joined them in the bust to give it weight. She says that the bus was full to capacity and some passages were standing.

In another ward, we found James Kyalo, a member of the choir, with his wife beside his bed. He says he cannot clearly remember how he found himself in the hospital but recalls he was sitting in the middle of the bus when tragedy struck. Miraculously, he found himself deep in the waters before divers came to his rescue. Next to James Kyalo was Collins Aluodo, who is also a member of the choir. He recalls seeing some members breaking into song and dance as they waited by the river bank for the water to subside. He remembered struggling with the currents and swallowing water before rescue got his way. 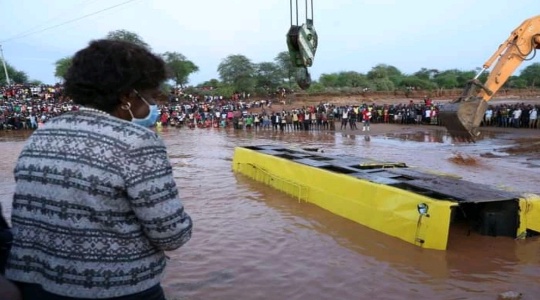 “That was a miracle. It is sad many of our members died,” Aluodo said.

By 6 pm on Sunday, the rescue team from the Kenya Defence Forces and National Youth Service were struggling to pull out the submerged bus, which is believed to be holding more passengers.

The tragedy, which was documented in a one minute, two seconds amateur video, has hit headlines not only in Kenya but across the world. To avert such incidents in the future, Kitui Deputy Governor Dr Wathe Nzau stated that the County Government would install a centre for emergency response near River Enziu.

Series of Past Deadly Accidents at Enziu River 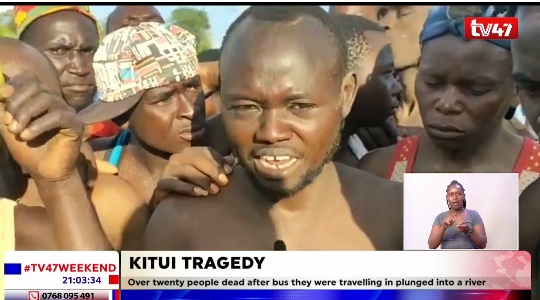 Residents refer to Enziu as the River of Doom due to the number of lives that have been lost over the years. According to a report by a local publication, five people lost their lives in the river on March 2018 when they were swept by floods after river banks unexpectedly broke due the heavy rains.

However, another tragedy hit two months later when a woman who was accompanied by her four friends for a burial in the area, also drowned in the River. The four were found buried 10 meters underneath the river bed after 22 days of relentless search. The River is now considered the most dangerous in Kitui County. Residents says that in 2019 and 2020, a number of lives were lost during the rainy seasons. 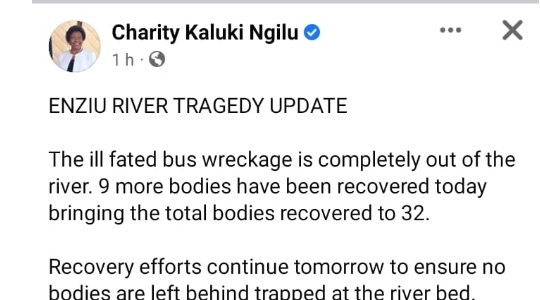 “Do not cross the river when the water is above your knees, it could sweep you to your death." Mwingi East sub county police commander Joseph Yakan was quoted saying in 2019."There have been very many incidences. Every time when it is raining, there have to be casualties. The County says that the bridge is under the National Government but has stalled since 2014," a local journalist in the area said. 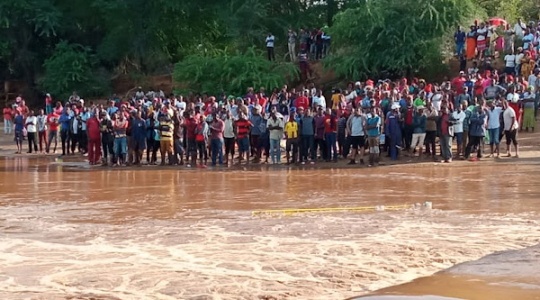 Following the tragedy, a number of Kenyans have cast blame on who between the County Government of Kitui and the National Government, should take responsibility for the loss of lives. Previously, Mwingi Central MP Gideon Mulyungi reiterated the importance of having the Enziu bridge, observing it affected residents immeasurably.