Man Takes a Selfie With His Wife On a Cliff Then Pushes Her 1,000 Feet To Her Death

By your-udaku-mate (self media writer) | 2 months ago

Recently, a Turkish man pretended to want to take several pictures while committing a horrific crime. He got his expectant wife to believe they were going to shoot some pictures on a cliff that was 1,000 feet (304 meters) high. He enticed her to the cliff's edge and then shoved her over the edge, killing her instantly. 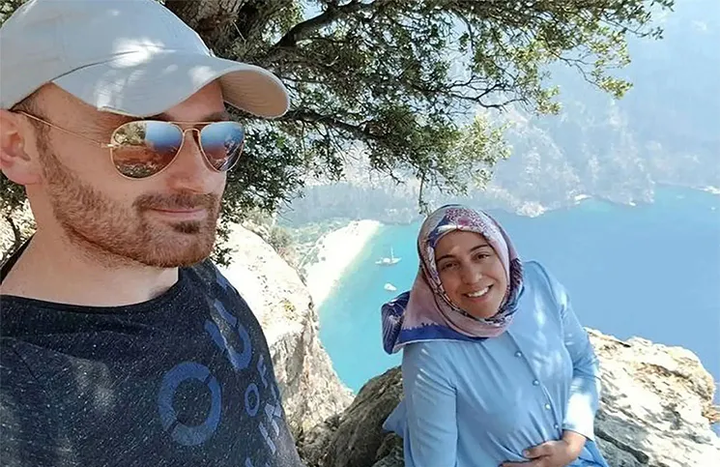 Semra Aysal, his wife who was seven months pregnant, was killed; Hakan Aysal, 41, was found guilty of the crime (32). The couple was touring Turkey's well-known Butterfly Valley in Mugla, according to the New York Post. Semra was apparently enticed to the cliff's edge by Hakan despite her fear of heights. He shoved her down as she got close to him, and she had no chance of surviving a fall from that height.

The New York Post first disputed Hakan's killing. He apparently took out $25,000 in life insurance on his wife's behalf not long after her passing, which was unusual. He was recently found guilty of killing his wife, but he allegedly attempted to appeal the decision by arguing that he was mentally unstable. Thankfully, his accusations were rejected, and he will probably spend the rest of his life in prison. According to the court, he must spend at least 30 years behind bars before being considered for parole.

Sadly, as reporters, we have seen numerous unintentional selfie deaths as well as crimes like murders and armed robbery of photographers. These stories always make me uncomfortable, but this one particularly saddened me because it made me think of all the women who experience various forms of domestic violence. In order to bring your attention to the rising rates of femicide, I would want to take this occasion.

According to a recent report by the UN, 45,000, or almost 56%, of the 81,000 women and girls who were purposefully slain last year did so at the hands of intimate partners or other family members.