Just In: A Total Of 18 Police Officers Taken To Jail Today Over This

By The-Sky-News (self media writer) | 3 months ago

Today in the morning, reports have emerged that a total of 18 police officers in the republic of Kenya have been taken to jail for failing to go as per the constitution. 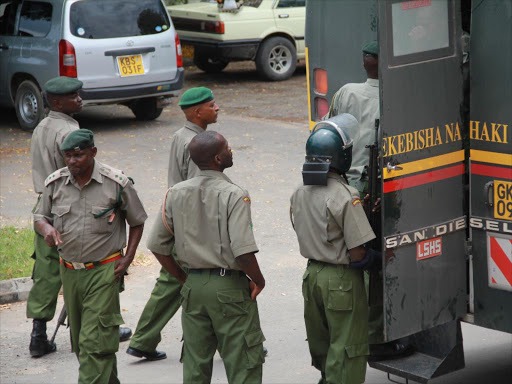 As reported by the Taifa Leo Newspaper, the Independent Policing and Oversight Authority, IPOA has announced that 18 police officers are now in jail for going against the human rights. However, the names of these 18 police officers were not revealed. On other hand, the specific crime which they committed was not also revealed.

This is not the first time for police officers to be jailed for going against the constitution. In many cases, we have heard police officers being investigated and finally taken to jail. Some commits such crimes as civilian killings which is highly punishable in the republic of Kenya. As we talk, there is an ongoing case in the court involving 8 police officers from the DCI Special Service Unit, SSU where officers are being blamed for allegedly killing the two Indian nationals who were part of president William Ruto's campaign team.

Content created and supplied by: The-Sky-News (via Opera News )