Bizarre Incident As Kirinyaga Man Torches His House, Digs His Grave Before Committing Suicide In It

By Shahhhh (self media writer) | 15 days ago

A bizarre incident has occured in the village of Gichugu in Kirinyaga County after a man is reported to have dug his own grave after which he allegedly committed suicide in it. 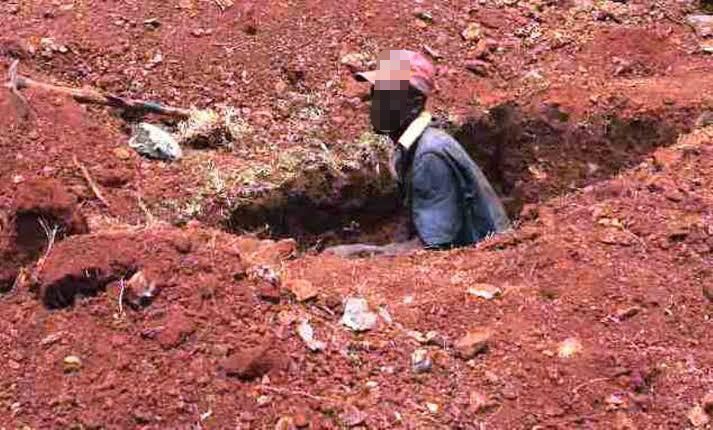 In an incident that happened yesterday in the evening, the deceased whose name is yet to be disclosed is said to have begun by torching his house after which he proceeded to dig his own grave which he eventually committed suicide in.

This is happening at the same time when the government has revealed that the cases of suicide in Kenya have increased with the latest suicide statistics revealing that Kenya Looses 4 people on a daily basis in suicide related cases.

In a report that was given by one of these organizations, they blamed depression among other mental related disorders as the main reason for the increasing suicide and murder related cases in Kenya and for this reason, they urged the government to look into this incident before things get out of hand.

While reacting to this incident, kenyans who took to their different social media accounts to express their opinions and suggestions on the matter have called upon the government urging them to consider creating job opportunities for the increasing number of unemployed kenyans. 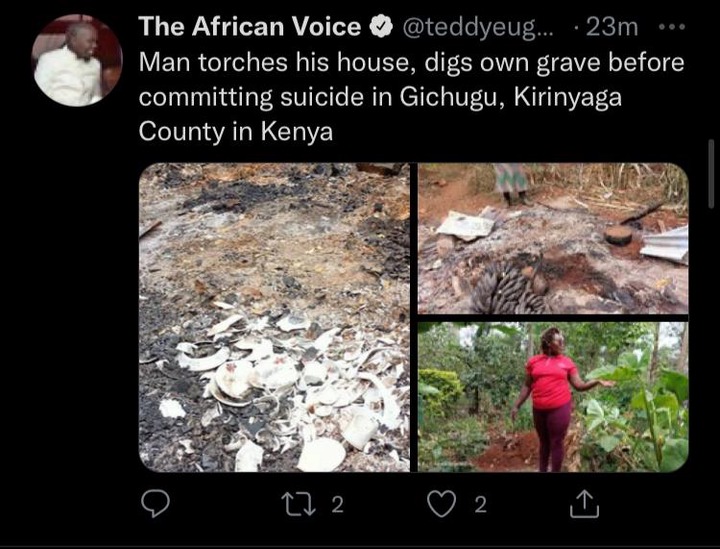 Why Your Behaviour Is Making It Difficult To Keep Your Job.

Important Message To All Teachers: TPAD Portal For Term Two Is Now Open For Activation

The Amount Of Money Kenya Spends On Its Military

Secret Facts About Spinach That Can Help You Lose Weight Easily.

Top 10 Most Corrupt African Countries as of 2021