Edie Ndichu and his twin brother Paul the co Founders of Wapi pay have been trending on different social media accounts after being captured on a video allegedly assaulting women.

Today their company has released a press statement denying all those Allegations saying they their co Founders were only helping two women who were fighting. The statement further stated that people should stop spreading rumours about the two brothers and that they are involving the appropriate authorities in the matter.

Some hours ago Lynn Ngugi posted on her Instagram official page stories talking about what happened to the two girls in the hands of two twin brothers. According to her she said she talked with one of the sisters after people requested her to cover the story on her YouTube channel.

She said that the two sister went through too much trauma and harassment she could never wish anyone else to ever go through. She concluded by saying that they said they will give out the story when they are ready to give it which might be some days to come. Lynn asked Kenyans to continue fighting against Gender Based Violence since it must end in Kenya.

According to you Kenyans, whom do you think was wrong in the video captured? Was it the two sisters or the twin brothers? Let's meet in the comments section and talk about this. 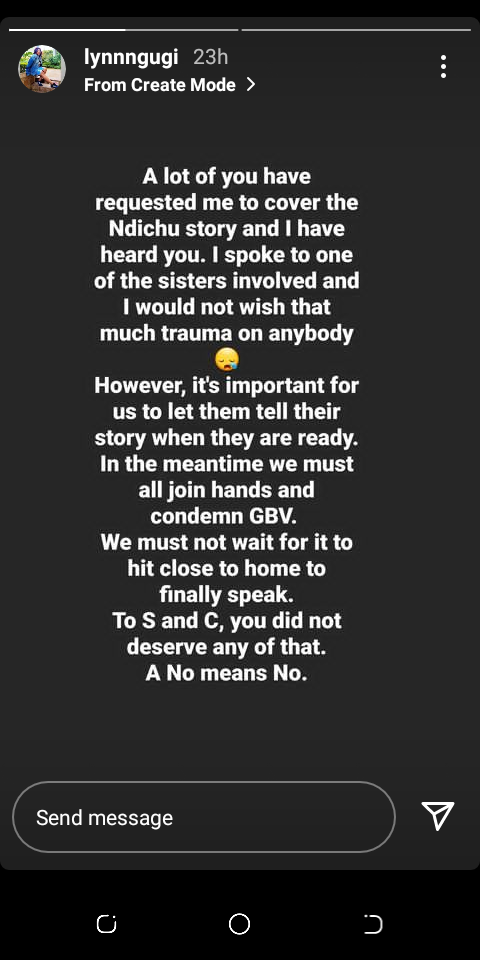