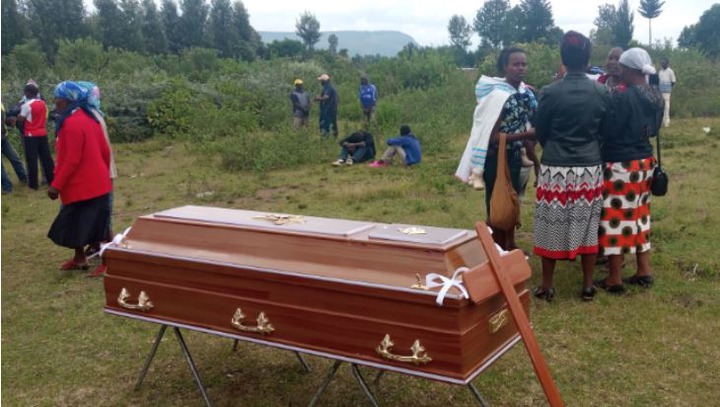 A body of a man buried almost two months ago on a disputed piece of land in Magongo area, Migori County was today Wednesday reportedly exhumed following a directive issued by the High Court.

Villagers watched in disbelief as youths hired by Fredrick Onyango, who claims legal ownership of the disputed land, pulled out the casket containing remains of the late James Oluru.

This, however, sparked protests by a section of residents, who angered by the court’s decision, took to the streets, pelting law enforcement officers who had been called to oversee the process with stones. 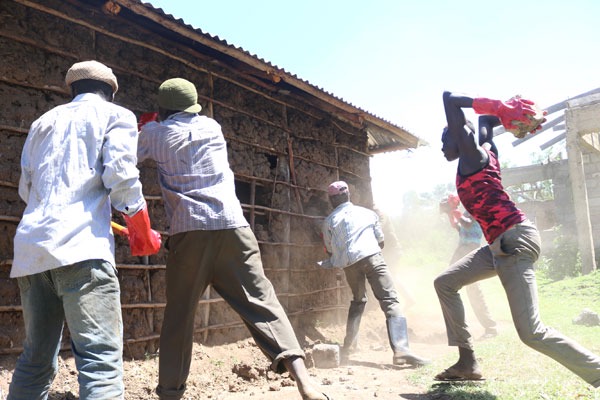 A group of youths destroy a house after exhuming the body of James Oluru on March 3, 2021 two months after his burial over a land dispute. (PHOTO | GEORGE PINTO AREA RESIDENT)

This prompted the officers to fire several teargas canisters to contain demonstrators.

Once the coffin was placed into a waiting police lorry, a group of youths descended on a house that belonged to the deceased and brought it down.

Wails and cries from the women, who witnessed the demolition, could not deter the young men from accomplishing their mission.

It is claimed that Mr Fredrick's uncle had sold the piece of land to Mr Oluru at a “cheap price” in 2017. 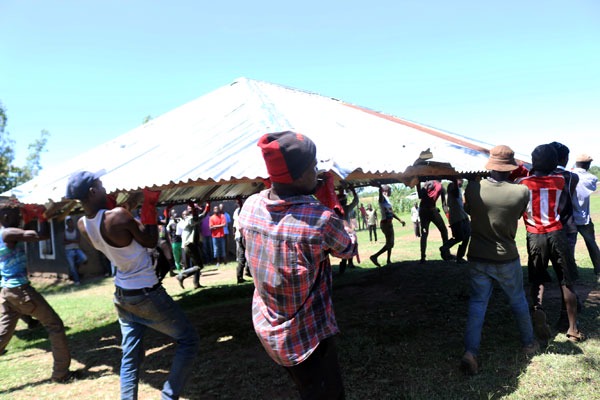 A group of youths carry a roof of a destroyed a house after exhuming the body of James Oluru on March 3, 2021 two months after his burial over a land dispute. PHOTO | GEORGE PINTO

However, Mr Fredrick insists he is the rightful owner of the land that was legally purchased in 1986 and transaction concluded.

“In the year 2010, I was given this land by my dad. I have lived here since. At some point, there were claims that the land was bought at a throw away price and that we should give it out,” he says.

“Following the deceased’s death, his clan unanimously agreed he should be buried in the controversial parcel of land, but I moved to court to challenge the decision,” he went on.

“But as the case went on, the deceased relatives went ahead to bury him one and a half months ago. I therefore reported the matter to the police as well as obtained orders to exhume the body and demolish a structure that had been put up on my land.” He told local radio station Ramogi Fm 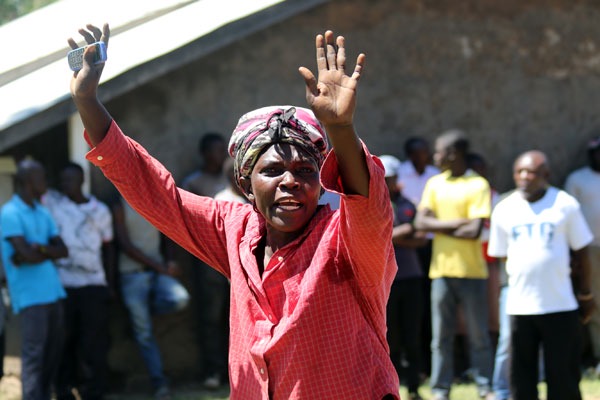 A woman wails as a group of youths exhumed the body of James on March 3, 2021 two months after his burial over a land dispute. (PHOTO CREDIT: GEORGE PINTO AREA RESIDENT)

Acting area sub-location Chief Brian Onyango said they got orders stopping burial and any construction in the land.

“It is unfortunate that the burial was done notwithstanding the court order,” he told local radio station Ramogi Fm.

What's your take concerning the matter of exhuming the dead? Please leave your thoughts in the comments section and follow for more news updates.