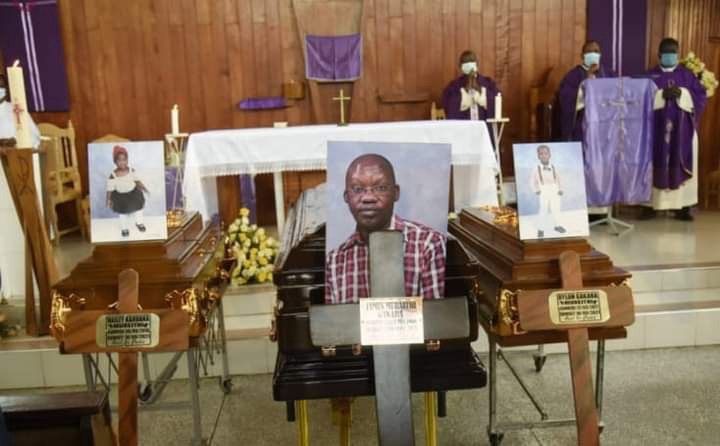 The burial ceremony of Dr James Gakara and his two children, five-year-old Dylan and three-year-old Hailey, is currently underway in Nakuru.

The father and his two children are being laid to rest at their Mbaruk home.

Dozens of mourners have gathered in the sleepy Muhereshwa village in Mbaruk to pay their last respects to the trio.

Dr Gakara, 54, died on September 22 while receiving treatment at the Nakuru Level Five Hospital where he was taken after he was found unconscious in his house.

According to previous police reports, Gakara had injected his two kids with unknown substance that killed them instantly.

Sadly, he also tried to commit suicide through the same method but failed after he was found at the crime scene unconscious. 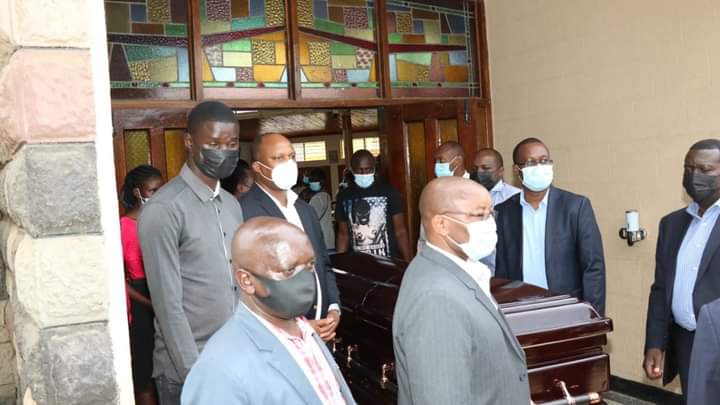 After learning of the shocking incident, his wife could not withstand the pressure as she was hospitalized after collapsing several times.

After a memorial service that was filled with tears, many who took to the podium were still in disbelief that the well-known doctor killed his two kids.

An autopsy report conducted of the three bodies was in conclusive with more samples taken up for further tests by the government pathologist.

It is yet to be established what really led to the shocking killings and alleged suicide that has clearly shocked many across the country. 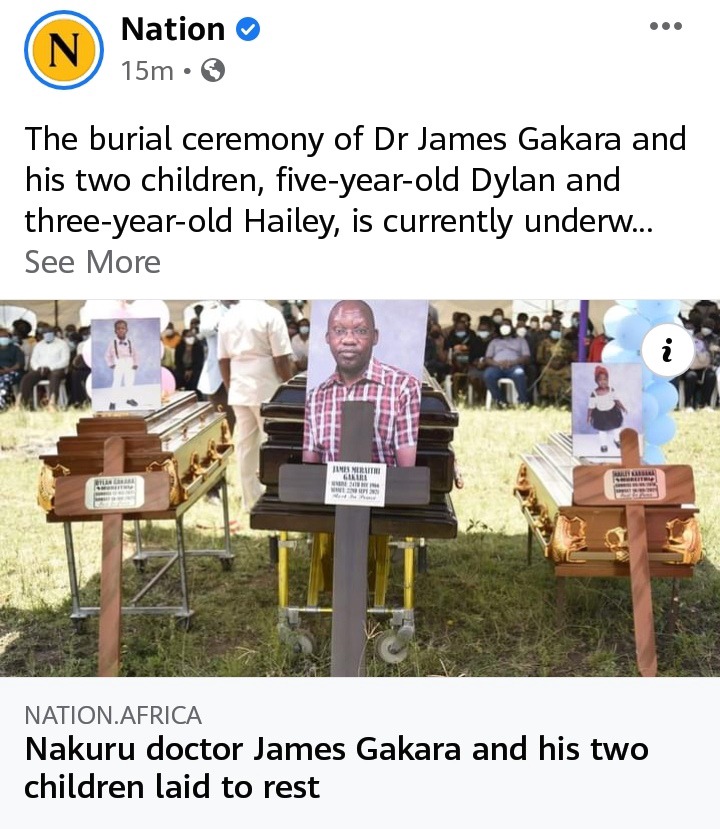 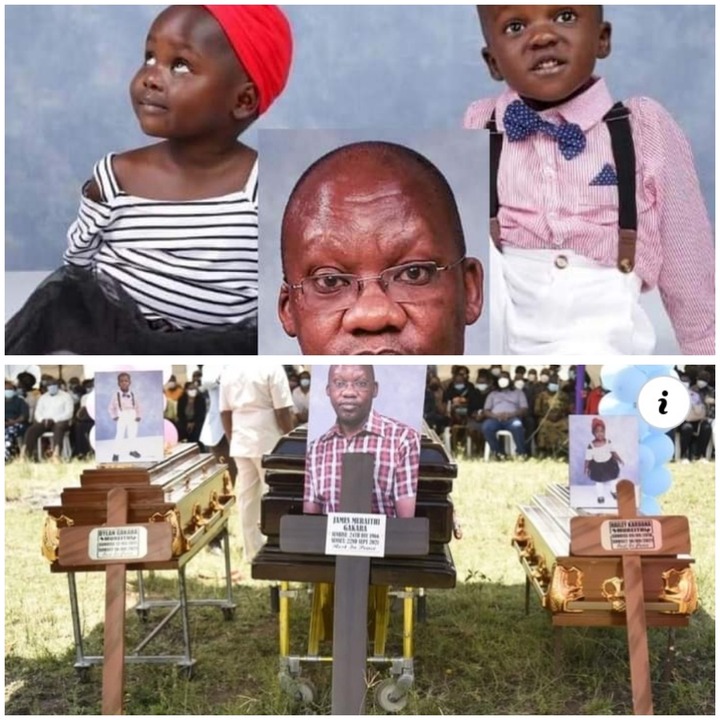