By Mwananchi_Informer (self media writer) | 6 months ago 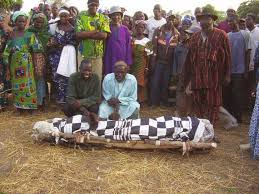 Back in April, thirty-five-year-old man identified as Henry Mwani planned and conducted a mock burial ceremony for his daughter. This is what Luhya community does when a person dies but the body is not found. The family conducted this form of burial after receiving news that their daughter was dead and had already been buried at Lang'ata Cemetery in Nairobi.

Several months later, Mwani met a friend in Kakamega town who he had not seen for a long time. Mwani was shocked to find out from the friend that his daughter was alive. Mwani says that he was left in a state of confusion.

According to Mwani, his wife left him in a dramatic breakup. The wife then went to Nairobi where she had been promised a job. Later this year, Mwani says that his estranged wife called and informed him that their daughter had died and buried at Lang'ata Cemetery. This information left Mwani shocked. Mwani questioned why his daughter was buried in a cemetery without his knowledge but had no one to answer.

Mwani's father narrates how they dug a grave after receiving the news of his granddaughter's death. According to Francis Mitungu, Mwani's father, they called the village elders to conduct the mock burial ceremony which is part of their custom. Mwani's mother Annah Mureshe also narrated how they slaughtered a hen near the grave which is according to our customs. She added that this is usually compulsory whenever someone dies and the body is not buried at home. She says it is meant to appease the spirit of the dead.

However, Mwani received news that his daughter is not dead but is a pupil at a primary school in Kakamega. He says he could not believe and had to go and see her. He was surprised to find out that his daughter was still alive. He realized that his wife had lied to him all that time, forcing the family to conduct a burial.

After a follow up, Mwani's wife confirmed that the girl was from a different man. According to details, she admitted that when she was married to Mwani, she was two-months pregnant. Mwani says he wasn't surprised citing that his wife wasn't telling the truth as he plans further investigation to determine whether he is the actual father.

Mwani's father now want a cleansing ceremony quickly conducted as he says that they had already conducted a 'burial' for the girl. He says that if the ceremony was not conducted, the girl might face misfortunes for the rest of her life. 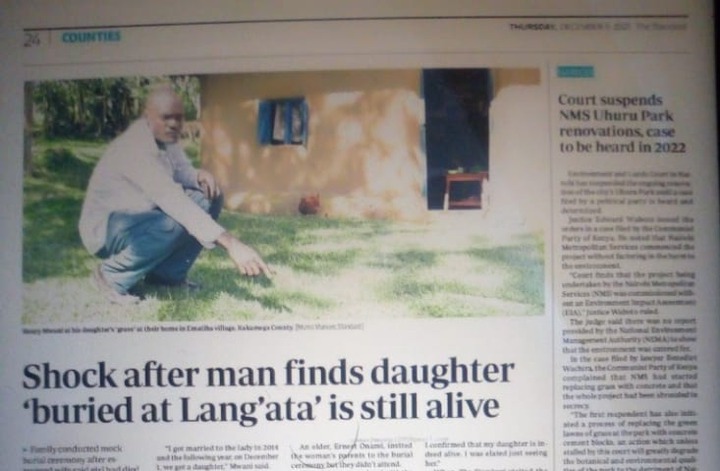 "My Uncle Told Me To Undress And Sit On Him. I Refused, He Tore My Clothes And Tried To Rape Me;Lucy