A faceless Kenyan police officer who warns criminals on Facebook before he photographs them dead has yet again posted photos of a man wearing police uniform.On the post,via the famous facebook Nairobi Crime Free he described the man as CPL Githinji who is said to be patroling illegally as a police in Mwiki. 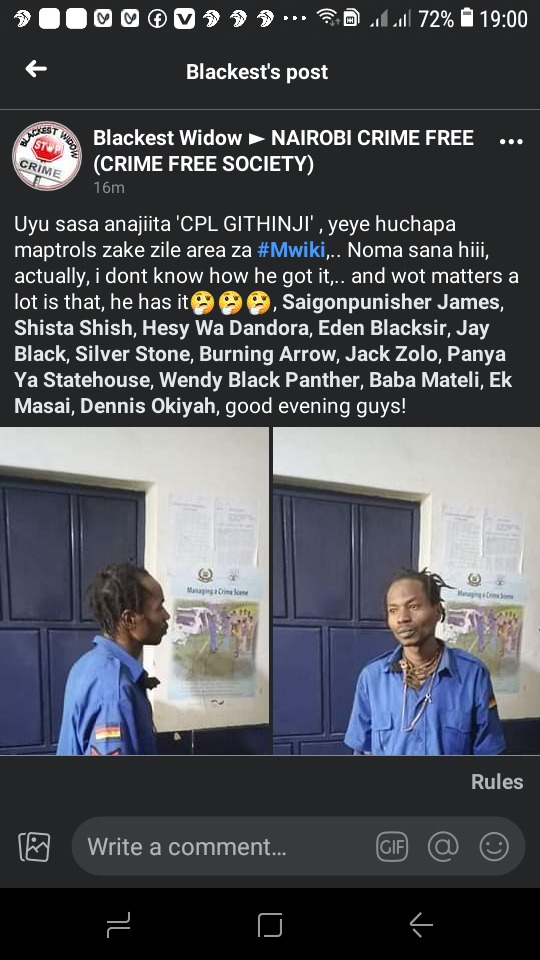 This post has elicited mixed reactions among Kenyans.Here is what some of them said; 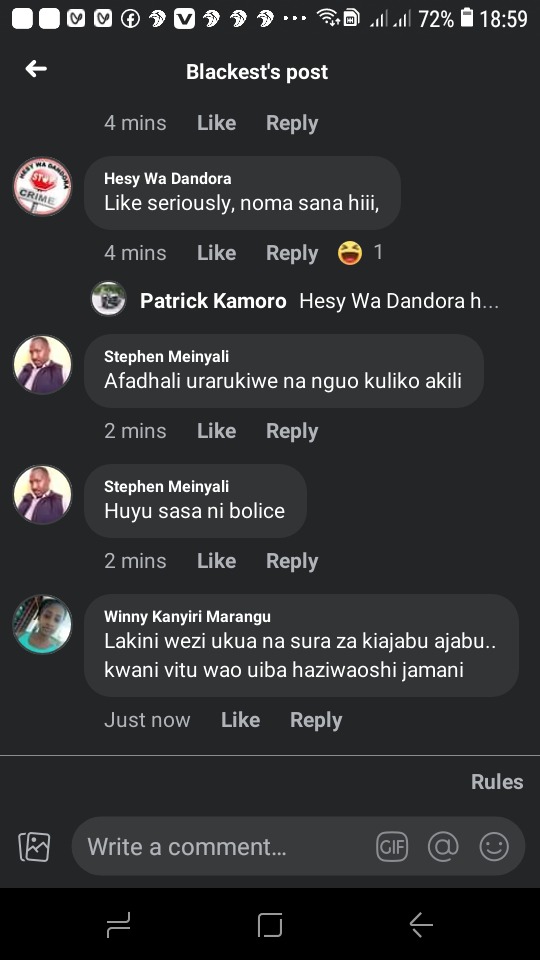 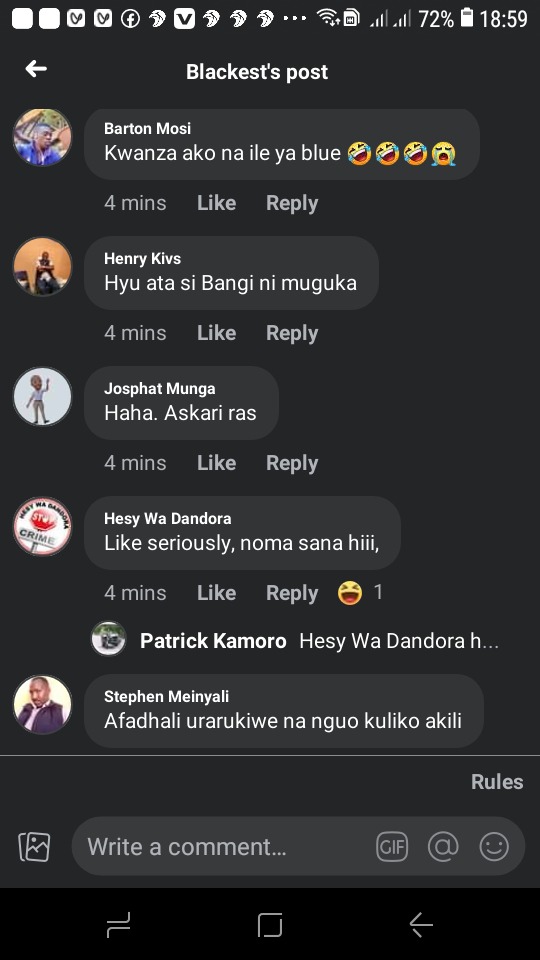 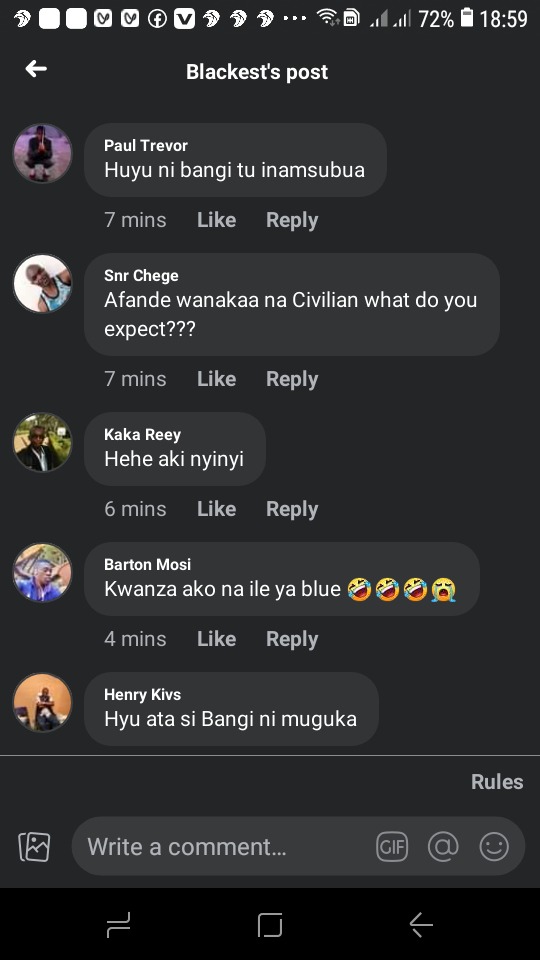 The new blue police uniforms were launched on September 13, 2018 in a raft of changes that are aimed at transforming the service.

The government launched the revamped police uniforms — deep blue for work, navy blue ceremonial outfit and a deep blue working dress jacket were unveiled some time back— as part of the change of policy in the National Police Service. 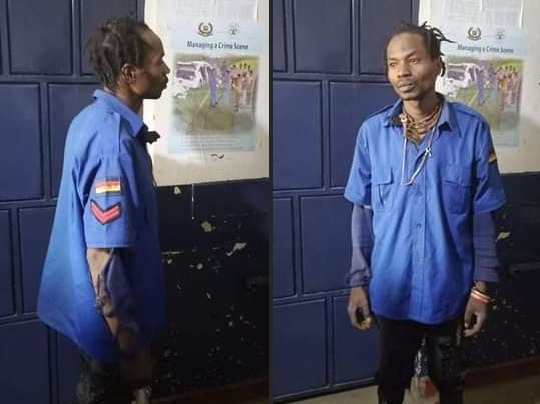