A family in Kirinyanga County has been left in pain and agony after their daughter wet missing. According to police report Triza Nyakio 8 years old allegedly went for a long-call at a neighbors banana farm.

The owner of the bananas is said to have taken action in a her own hands at around 3 PM punishing her for the action which she did not even have proof that it was Nyakio who had committed the action.

After receiving punishment, Nyakio is said to have disappeared around 6 PM in the evening on March 19th never to e seen again.

Speaking in pain and distress, the mother of the child said that she reported the case at Waruguru police station in Mwea when the police requested her to continue with the search as they assisted her.

The distressful mother is calling upon the police to speed the search of her daughter pleading with whoever has her to return her back. 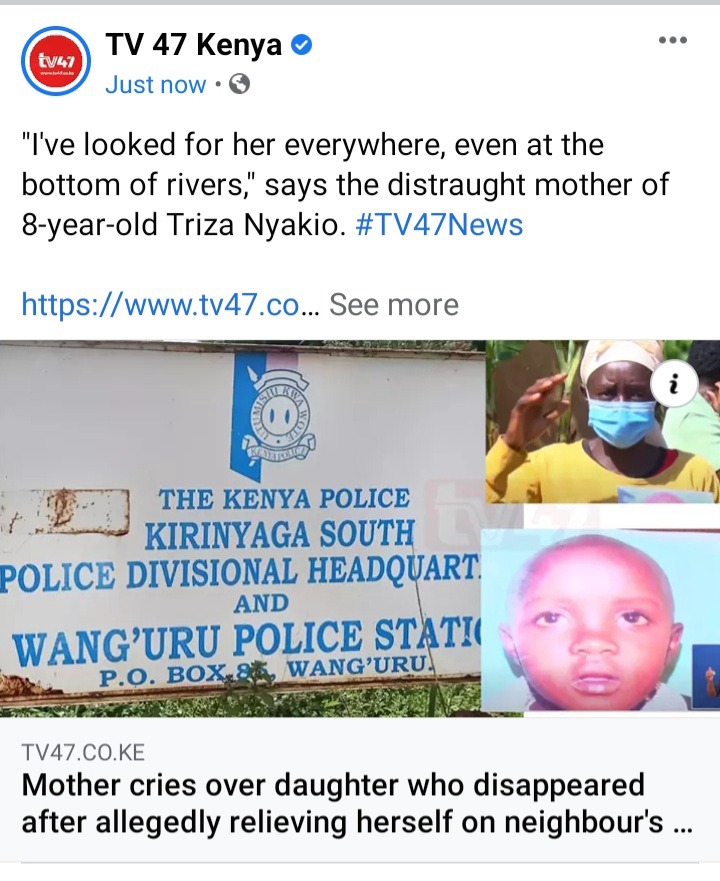 The angry neighbors of Nyakio told the press present that even if the girl assisted herself at the banana plantation the neighbor had no right to punish the girl in the minor that she did leading to the disappearance of the girl.

Incidences of missing persons is on the rise in Kenya where most are either found dead, sexual molested or disappeared to reappear some years later.

Today a family from Thau village, Tigania West Constituency in Meru County is pleading for anyone who has seen their uncle who went missing since last sunday to get in touch with them. According Charity Whitney Msupa, the niece of Joshua Karuri, the uncle went missing on Sunday. 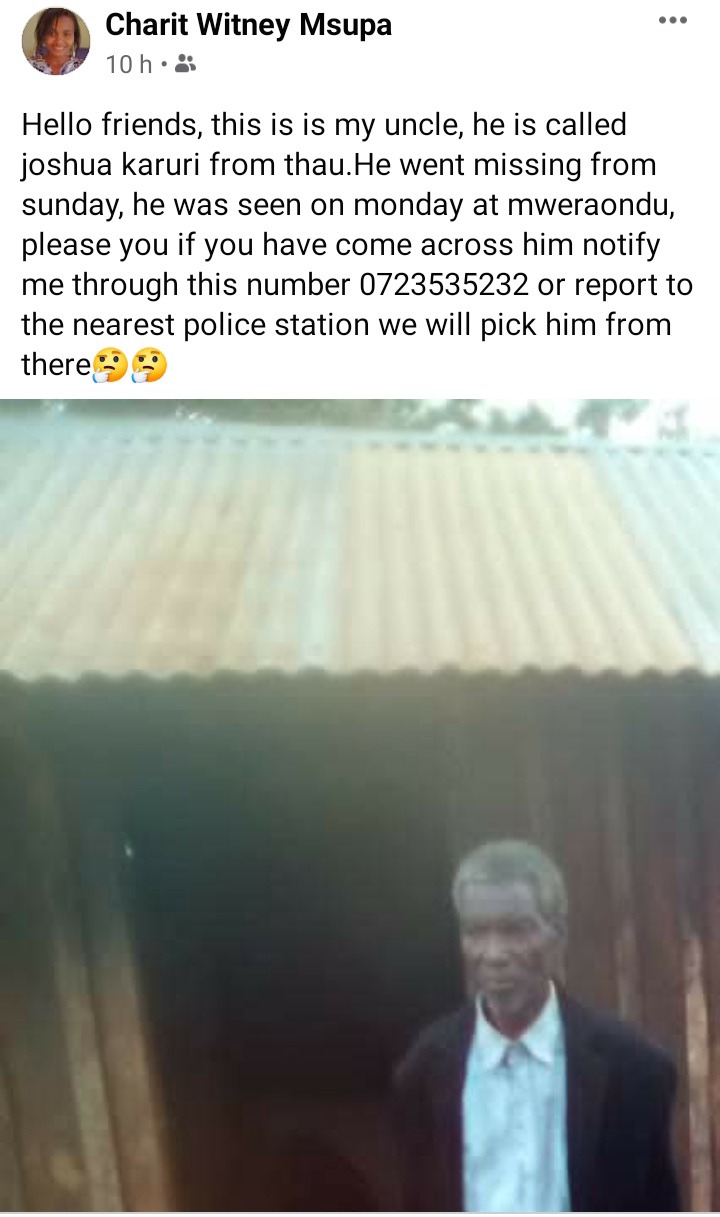 According to her post the uncle was later seen at Mwerondu area where he completely disappeared never to be seen again.

In case you have any reports on Joshua you're kindly requested to get in touch with Charity through her phone number 0723535232 or report to the nearest police station.

How To Get Rid Dark Armpits At Home

How To Easily Get Rid Of Pimples