The NLC Official Was "Abused" by Abductors Before Being Killed, Autopsy Report Reveals

An autopsy on the body of National Land Commission (NLC) employee found dead, Jennifer Itumbi Wambua, has revealed that she was hanged after being abused by the kidnappers. The autopsy was conducted on Thursday at the Montezuma Monalisa mortuary in Nairobi. 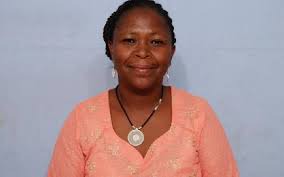 The results of the autopsy by state pathologist Johannsen Oduor were announced by lawyer Daniel Maanzo (MP Makueni).

He said the pathologist told the family that Jennifer was hanged using only her hands. "Her throat was constricted as a sign that she had been hanged by hand," he said.

The body also had other bruises on her face and legs and Oduor said she might have been abused by the men that abducted her. The motive behind her disappearance has since remained a mystery.

The findings came as police said they were investigating the possibility of the journalist, who was deputy director of communications at the NLC commission, being persuaded by someone who knew her and abducted her before she was killed. 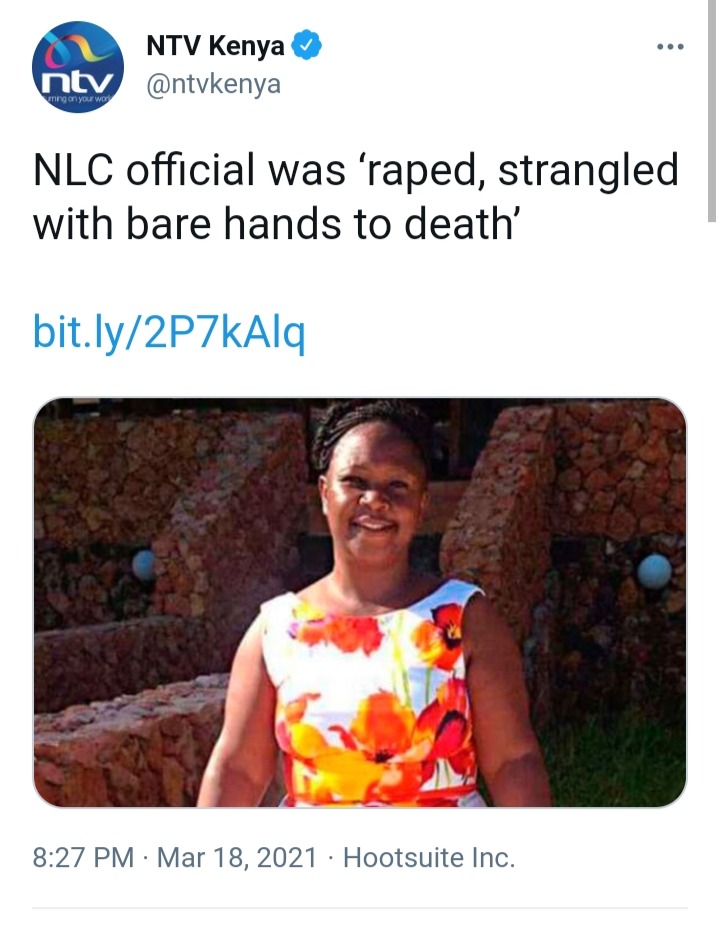