By CrimeBuster (self media writer) | 28 days ago

Winnie Odhiambo, the mother of two children who were allegedly murdered by their father sent bid her children goodbye in one of the most painful way after she allegedly read three story books before they were interred. 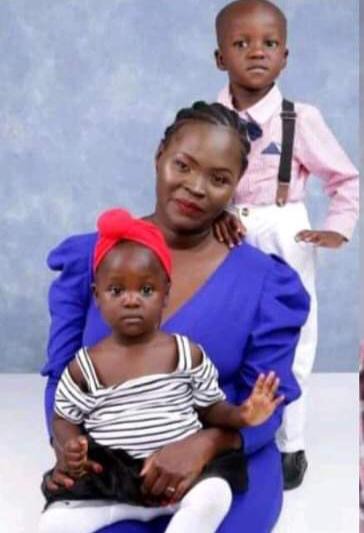 The late doctor Gakara was accused of killing his two children for unknown reasons after their bodies were found in their house in Milimani Estate in Nakuru.

According to the reports given by the police, they claimed that the two were found dead whereas Dr Gakara was allegedly found unconscious after which he was rushed to the nearest hospital where he was receiving medical treatment until his untimely death.

Reports given by the man's neighbors claimed that the two had a misunderstanding after Winnie allegedly told her husband that she was going to study abroad. However, the family of the suspect refuted this claims saying that the two didn't seem to have any problem.

During the burial of the deceased that happened yesterday in the evening afternoon, a number of people gave their testimonies describing the late doctor as a Man who would often make sure that everything is done with precision.

While reacting to this incident, the first born daughter of the late doctor described him as a good dad who was always there with them despite the fact that he broke up with his mother. 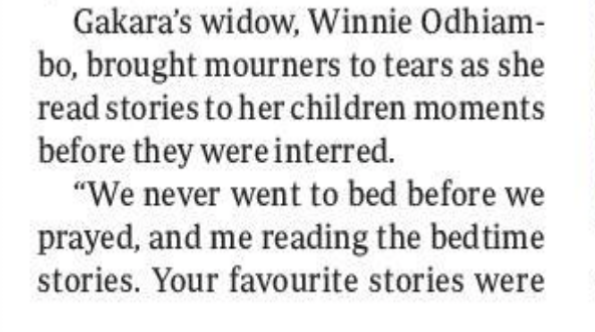 Gakara's widow would later bring the attendees in tears after she decided to read a goodnight bedtime story that she allegedly used to read to them every night before they went to bed.

According to the reports given by Winnie Adhiambo, she revealed that her two children allegedly loved the story book of 'The Donkey in a wall, The big bad wolf along with the Six Piglets'. For this reason, she decided to do it one last time adding that she was going to miss them. 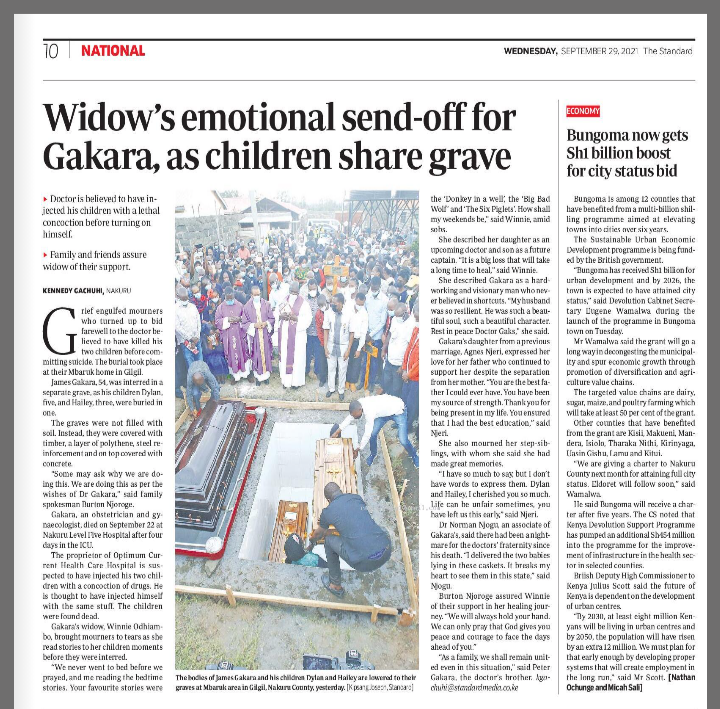