DCI detectives have put the Househelp of the Slain KBC journalist who has been identified as Betty Barassa as a person of Intrest after a couple of witnesses gave their statements on what actually happened on the fateful day where the deceased KBC Journalist was murdered.

Photo:courtesy (image from the crime scene)

According to the reports given by agents from the director of criminal investigations, they claimed that the husband of the late journalist was in the house before they heard the loud bang at the gate which prompted them to all react.

Further reports have revealed that the Househelp along with the security guard opened the gate after which they fled from the crime scene after noticing that the three gun men were armed and had actually used the deceased in accessing the building.

However, after getting in, one of the thugs is said to have pulled the deceased towards her bedroom after which he came down and fled from the crime scene along with his colleagues after assuring the others that he had shot the deceased who was left lying on her bed.

While revealing why they are putting the woman's Househelp as a person of Intrest, they claimed that after the thugs got out , they immediately started looking for the Househelp despite the fact that she had fled with other witnesses.

Due to this reason, they are currently investigating and questioning the househelp on why the suspects spent what they claimed as long hours while looking for her. 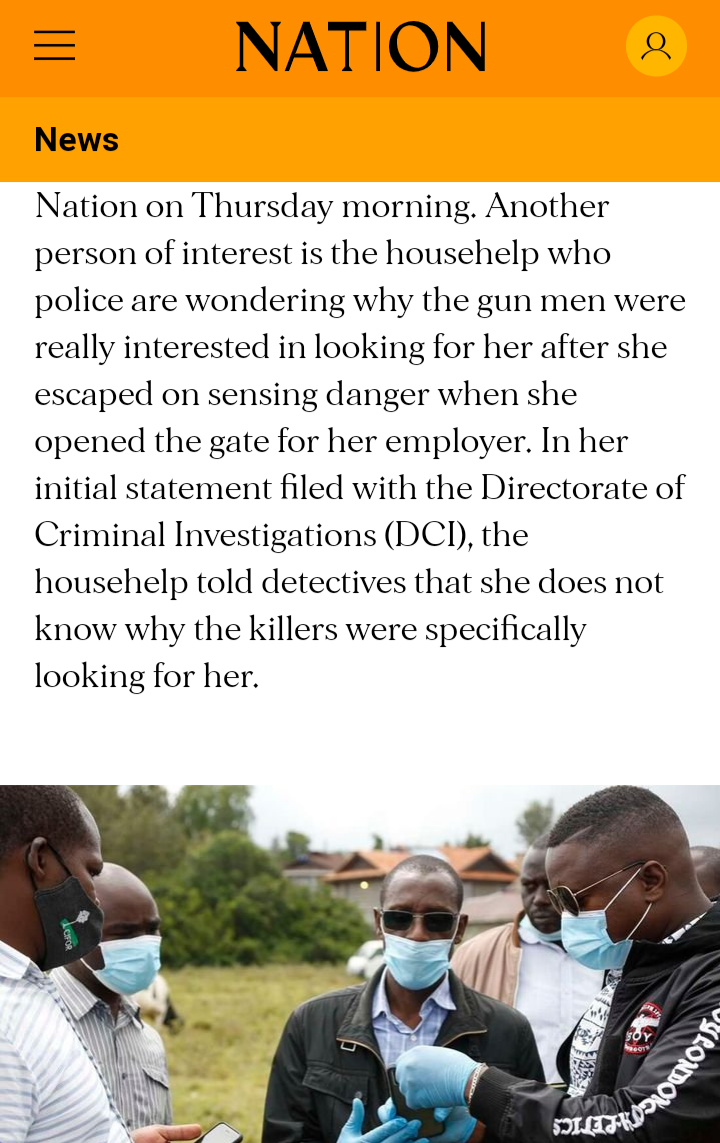 This incident has sparked alot of mixed reactions from Kenyans who seemed to have been confused on why there was an increasing number of Murders in the past few months.

With a section of Kenyans claiming that maybe this was because of the current situation where alot of Kenyans were going through hard times, others went ahead and called upon the agents from the director of criminal investigations to investigate all the witnesses closely because according to them, they might know something. 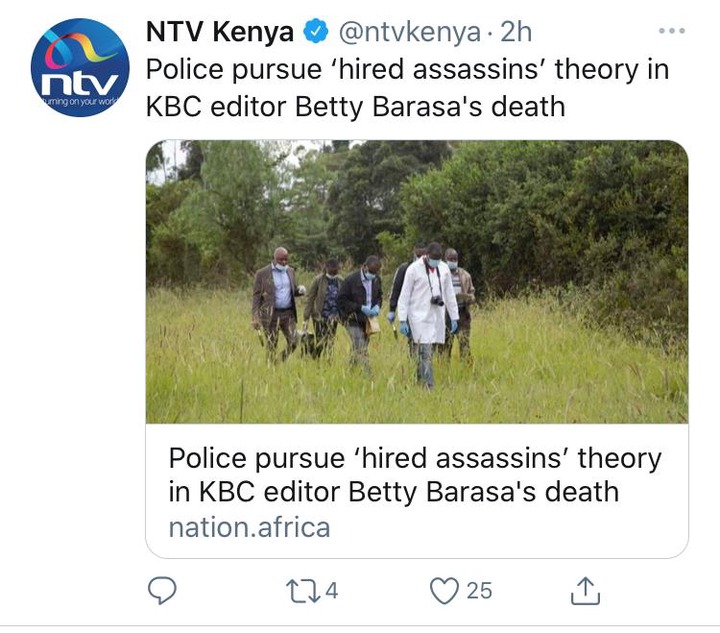