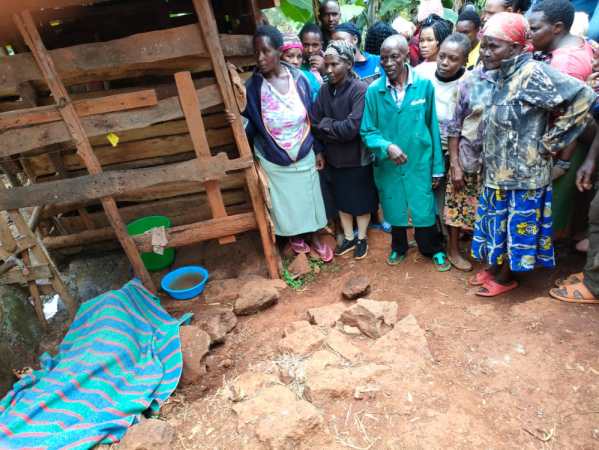 Yesterday morning in Nyaga village, Gatanga, Murang'a county, an enraged mob lynched a middle-aged man who was allegedly responsible for the death of his fiancée.

Mary Mwihaki aged 39 is alleged to have been slain by Kamau Ngugi aged 30 before she was beheaded in what is said to have been a love quarrel. 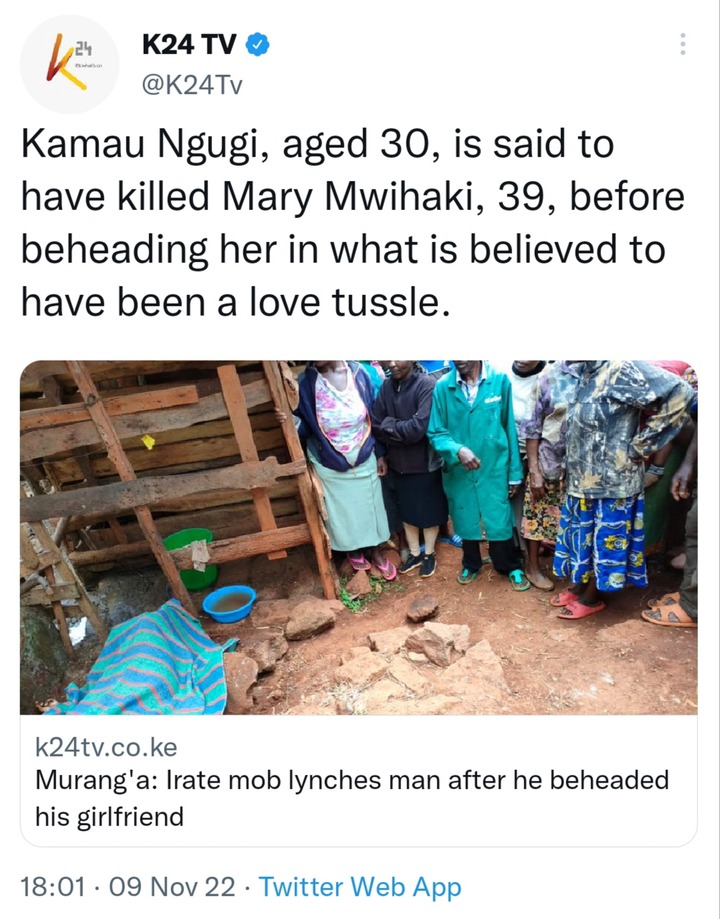 Mwihaki; a mother of three had reportedly been seeing Kamau for a while although he had suspicions she was having an affair.

Witnesses claim that Mwihaki was hit with a panga by Kamau while she was milking at her employer's property.

One of the witnesses claimed that they heard Mwihaki scream alarm and rushed to the spot only to find she had been decapitated.

The culprit was cornered by the locals, who then stoned him to death.

According to Mwihaki's friend Vinkie Nkatha, the deceased confided in her that she felt insecure with Kamau and was afraid for her life.

She claimed that on Sunday, she informed her the man had contacted her and asked for a meeting and a chat; which she consented to.

Nkatha said that she informed her that they had worked out their disagreements and he had wanted to meet her the next day.

Nkatha said that Mwihaki was contacted by Kamau on Tuesday to ask if she would consent to see him but she declined because she was afraid.

I warned her not to go meet him since she was shivering and had expressed concern that something horrible would happen.

Church leader Fredrick Gatua denounced the conduct; stating that rather than murdering one another, people should engage in conversation.