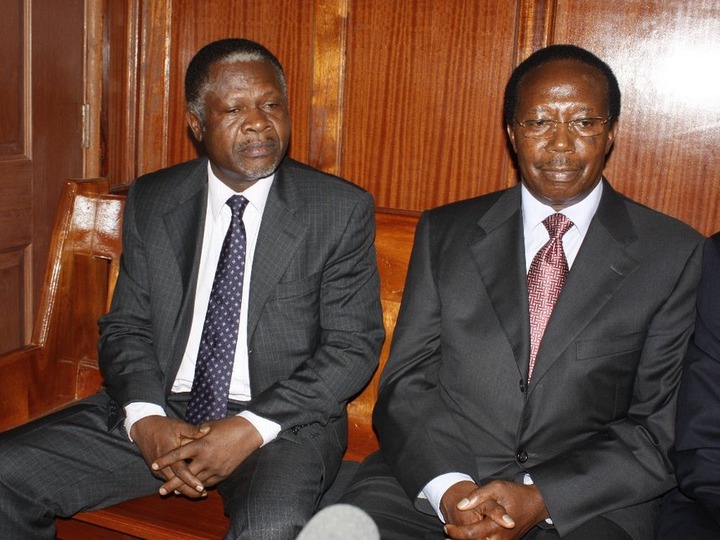 Attorney-General Kihara Kariuki and Director of Public Prosecutions Noordin Haji have reportedly failed to agree on who should kickstart extradition processes against graft suspects Samuel Gichuru and Chris Okemo.

The duo is wanted at the Jersey Island, where they are set to be prosecuted over money laundering and theft of public funds. The extradition for the two has stalled since 2011, over legal challenges and territorial fights the AG's and DPP's offices.

The AG argues that DPP lacks the powers to kick off the extradition proceedings, since that calls for international relations that fall within the constitutional remit of the executive.

AG Kihara wants the Supreme Court to uphold a March 2, 2018 Court of Appeal decision that invalidated the extradition process instituted by the DPP in 2011.

The then ruling stated that the extradition had been initiated illegally by the wrong persons. At the same time, DPP wants the court to approve the proceedings initiated in July 2011.

Following the Appeal Court's ruling, the DPP went to the Supreme Court challenging the decision that had saved both Mr. Okemo and Mr. Gichuru from being extradited.

Gichuru and Okemo are alleged to have owned secret accounts that got bribes in hard currency estimated at Sh997 million for years upto 2002, but only half of the entire loot was recovered by the Jersey authorities.

Jersey officials only managed to seize Ksh526 million out of which Ksh444 million was to be handed back to the Kenyan governmnet after the deduction of thecourt expenses.

Justifying the application, the DPP maintains that since the proceedings are criminal in nature, the AG has no role to play. Additionally, Article 156 of the Constitution, limits the AG powers in relation to criminal proceedings that include extradition proceedings.

Article 157(10) grants the DPP powers to act over any criminal proceedings, without seeking permission from any authority. DPP's legal defendant Ali Taib recently told the court that DPP had the extradition request received by the government on June 6, 2011.

The same request had been sent by the United Kingdom on behalf of the AG of Jersey. Mr. Okemo served in President Moi’s reign as the Minister for Energy between 1999 and 2001, while Mr. Gichuru was the Managing Director of Kenya Power & Lighting Company (KPLC) between November 1984 and February 2013.

Their arrest warrants have remianed effective since April 20, 2011. If extradicted, the pair risks a jail term of up to 14 years, in case they are found guilty.