Police in Kericho have arrested two people masquerading as police officers. The two acted as officers manning the area with an intention of stealing a motorbike that was parked.

According to the Kericho West Police Commander, the two were nabbed after motorbike operators in the area suspected their moves. The riders swiftly moved and monitored them as they went round pretending to be police officers. They later learnt that they had an intention of taking away with a motorbike belonging to one of them.

The operators immediately informed the police of the two men's presence. Police who responded quickly arrived at the scene and arrested the them. Reports revealed that the two have been giving motorbike operators difficult time for the last two months.

The suspects are said to have been using the same trick to steal from unsuspecting riders. They were taken to the police station as investigations into the incident are on to unravel the truth behind their actions. 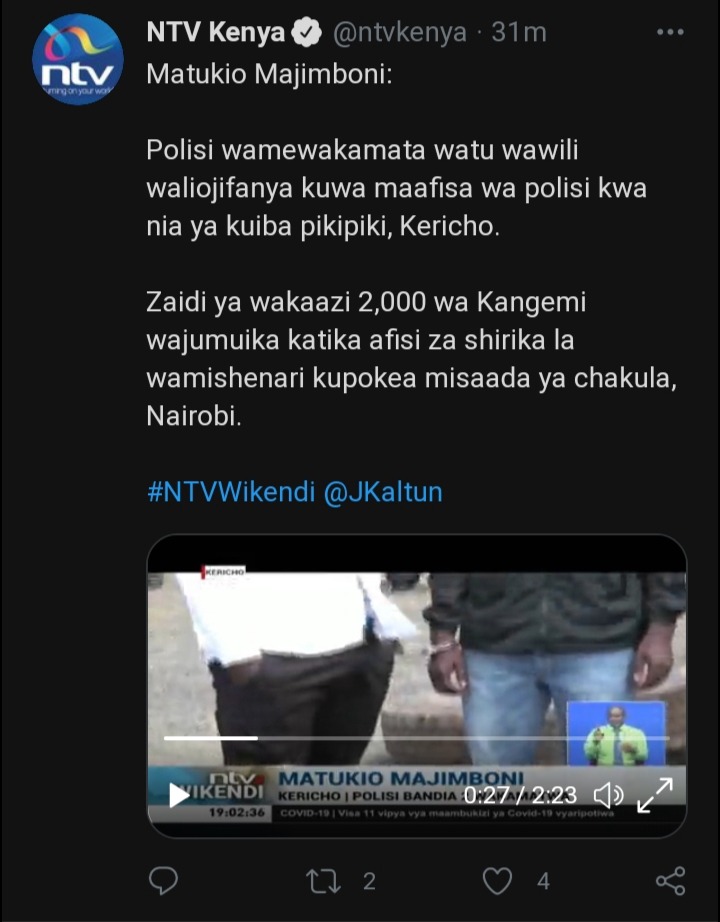