By TheDailyScoop.com (self media writer) | 9 months ago

Earth is becoming more hard for those who are crucial witnesses in some murder case as they are silenced and their family being badly injured in the process.

Popular musician Peter Ochieng alias Storm who was also the communications assistant to Kandunyi Member of Parliament Wafula Munyinyi was brutally murdered and his body dumped by the roadside a few days ago.

A certain witness, 35 years old Edward Maruti was to be a crucial witness in the murder case of Storm as he had forwarded the names of the people who had killed the musician. 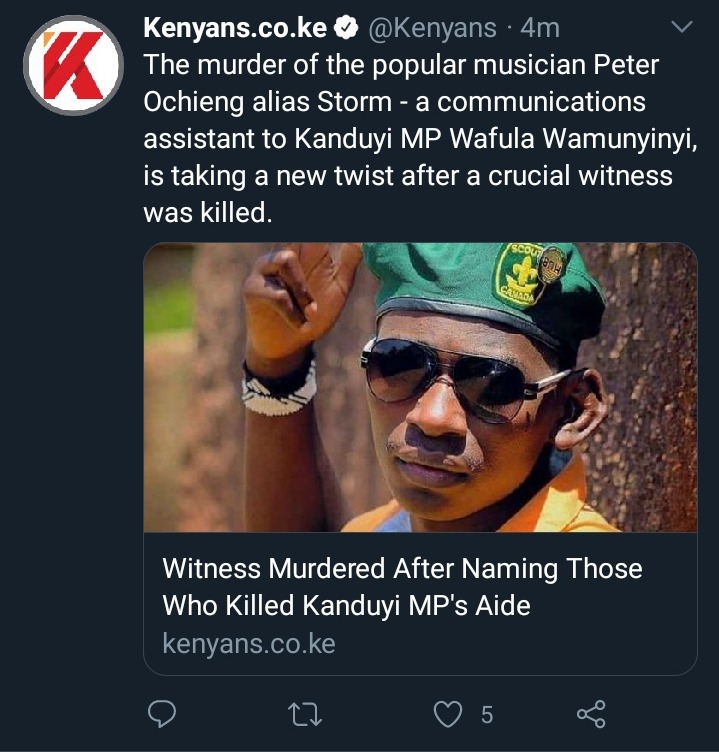 However, according to Kenyans.co.ke news podcast, the 35 years old was also brutally murdered after the submission of the names of who murdered Storm.

The reports state that heavily armed men stormed at the home of Edward Maruti where they struck him using a very sharp machete killing him instantly.

His wife identified as Bridget Wafula was spared but her eye was badly maimed, had her arm chopped off and left with various bruises on her body. 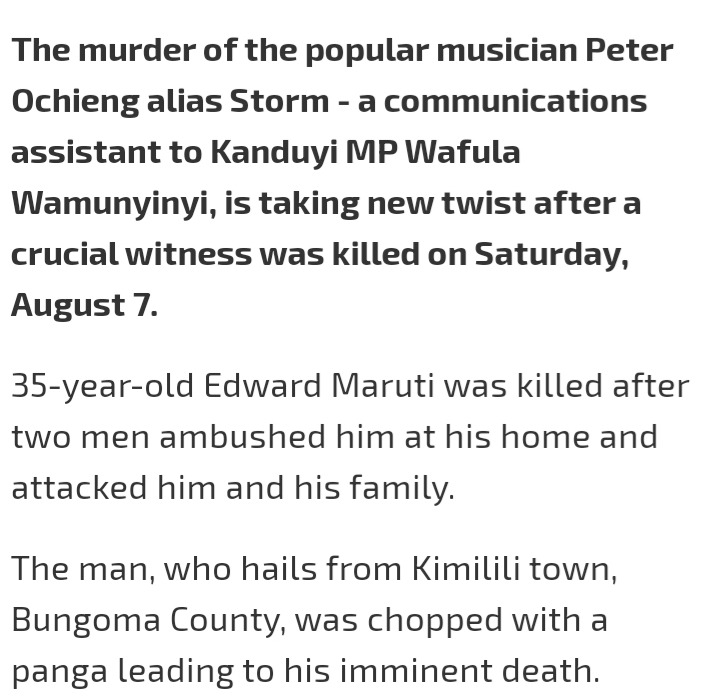 Confirming this tragic report, Kimilili OCPD Mwiti Marwa revealed that the murdered witness had handed over several names of people alleged to have murdered Storm.

The police boss also revealed that those people who went after the 35 years old witness and his family were the same people who he had presented their names with.

"The victim knew two of the suspects who killed Peter Ochieng alias Storm, and had given us the names of the two.

Investigations are ongoing to nab the two who are well known by residents here (Bungoma County)." The police boss stated.

This incident has been condemned with Kenyans wondering why the witness was not given protection as he and his family could have been targeted by the goons.

Gachagua, Karua to Get Additional Security After Running Mate Nominations