Police Recovered Czeka Pistol Loaded With One Round Of Ammunition, 2 Spent Cartridges Along The Road 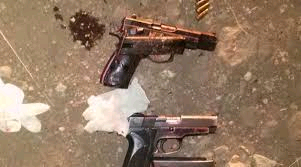 The police yesterday recovered a Czeka pistol loaded with one round of ammunition, two spent cartridges along the road, Nairobi County.

"The police recovered a Czeka Pistol with one round of ammunition and two spent cartridges." The statement read out.

Preliminary investigations revealed that the officers were hunting for a suspected thug who engaged them in fierce shoot-out.

During the patrol, a toy gun capable of firing was also found under the suspect's rented house mattress.

One cop identified only as Mr Kiremi, sustained serious injuries during the incident. 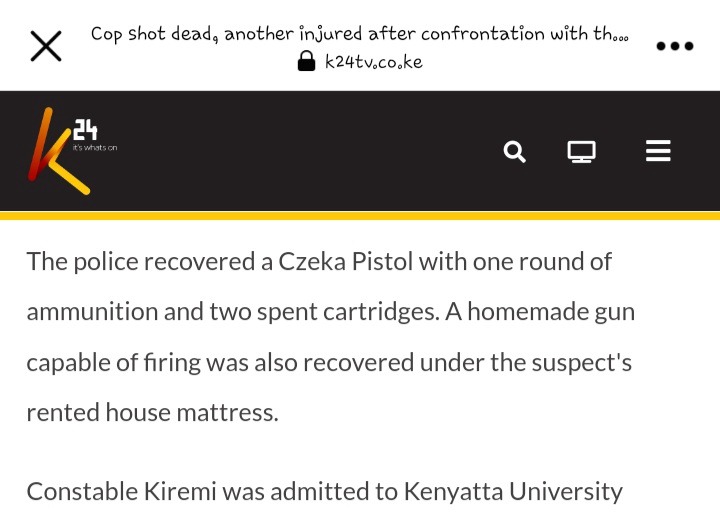 Constable Kiremi was admitted to Kenyatta University Teaching Research and Referral Hospital, where he is in stable condition.

In a separate story, One cop was shot dead and another left wounded during a crackdown on criminal gangsters in Kamae, Kahawa West, Nairobi, on Monday, July 4, 2022.

The cops were tracing for a suspected burglar in Kahawa West at the time of the attack.

Raila Odinga To Address The Nation From KICC At 2PM Today