Six Things About Kenneth Matiba You Probably Did Not Know

By MinLeone (self media writer) | 12 days ago 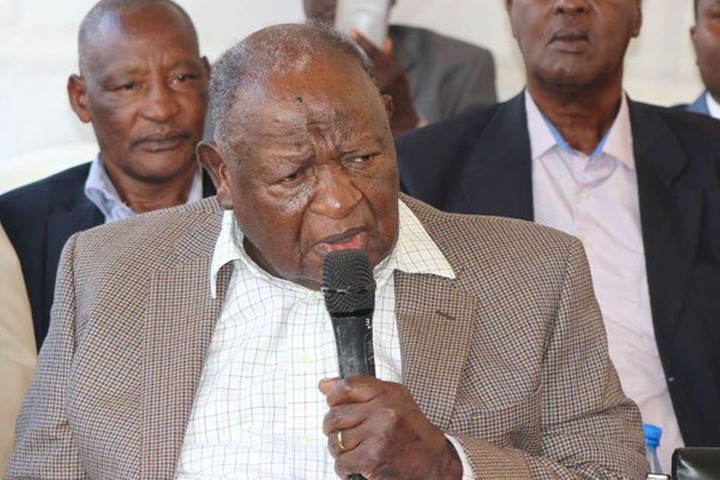 Kenneth Matiba the multiparty democracy champion was born on 1 June 1932 and passed away on 15 April 2018. His work is recognized by every Kenyan and even abroad.

However, there are key things you require to know about this hero. Below is a list of ten things about Matiba that may surprise you.

1.He vied for the presidential seat twice and lost.

He came in at second place in the 1992 presidential election. In November 2007, he announced that he would stand as a presidential candidate in the December 2007 election and was placed seventh, with 8,046 votes.

2.He became a senior civil servant at the age of 31.

3.Matiba was chairman of the Kenya Football Federation from 1974 to 1978 and was later elected to the Kenyan Parliament in the 1983 general elections from the Mbiri Constituency (later renamed Kiharu) in the Muranga District. He also served as Minister of Transport and Communications under the KANU administration led by President Daniel arap Moi, resigning in December 1988.

4.He was held without trial at the Kamiti Maximum Security Prison in 1990 with Charles Rubia, a member of the Kenyan Cabinet who also called for multiparty democracy.

While in prison Matiba was refused medication and suffered a stroke, which affected half his body and incapacitated him for some time. Later, a multiparty system was instituted and Matiba was released.

5.He founded The People newspaper.

6. He once burnt his voting card.This happened when he boycotted 1997 general election which he claimed it lacked democracy.

Conditions That Will Subject a State Officer to Lifestyle Audit

Things That Can Cause a Teacher to Face Disciplinary Action