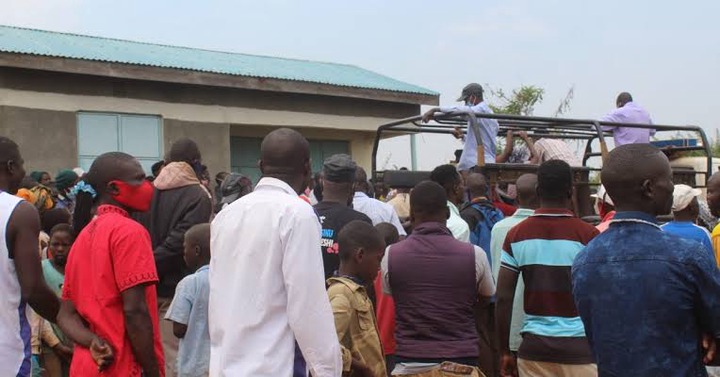 Two lovers were today found dead in separate rooms of their house in rather bizarre circumstances that left the neighbors in shock.

Theresa Mumbi, 37, was found lying on the bed lifeless in the bedroom while her boyfriend, Francis Mwangi, was found hanging in the suiting room roof.

It is alleged that Francis killed Theresa before taking his own life. Although the reasons for their deaths were unclear, it is believed by the neighbors that a domestic quarrel ensued before their deaths.

A neighbor who sought anonymity said she went to return seats she had borrowed from Theresa earlier on, but after knocking for some time without a response she peeped through the window. She was met by a dreadful sight of Francis hanging in the sitting room and she immediately alerted the neighbours.

Bloodstains were seen throughout the house but no major physical injuries were noticed on either victims.

Area Chief Bernard Kogoto confirmed the incident and was sorrowful on the matter since it’s the first time such a case was reported in the area.

He called on residents to seek other amicable means to solve their domestic differences at home.

The bodies were taken to Muranga Level 5 Hospital mortuary for post mortem to be conducted.

Rest In Peace, KDF Soldier Who Was Murdered By His Own Wife Finally Laid To Rest In Ugenya (Photos)

Sorrow Engulfs A Village In Bungoma As Unidentified Woman Is Raped, Killed By Unknown People

Emotions High As A 94 Year Old Mourns His Husband