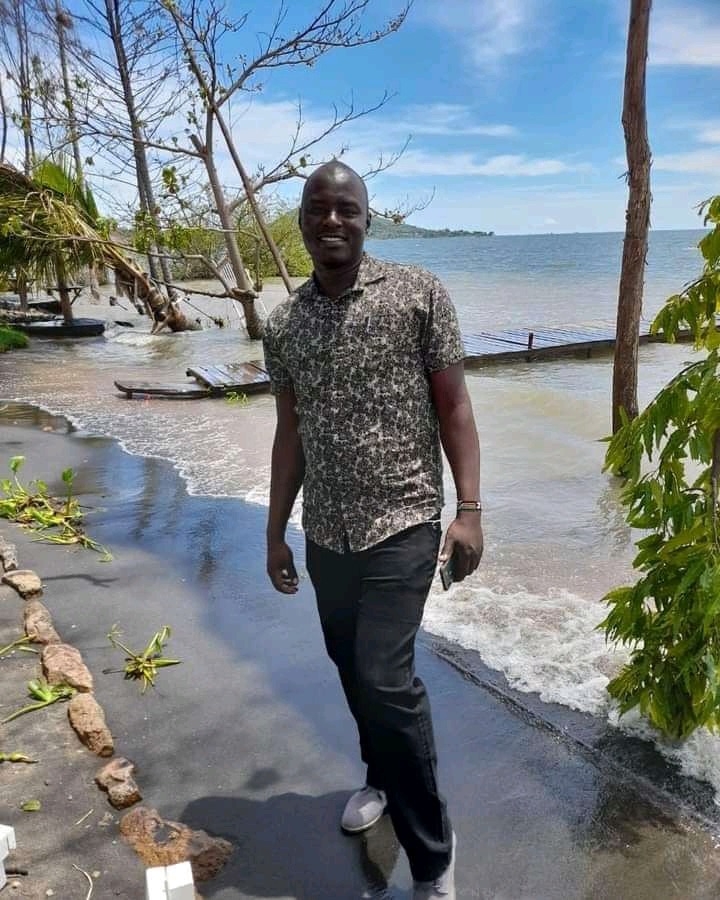 The rate at which police officers and other Kenyans are losing their lives to brutal murders is so shocking and worrying.

Today, a senior police officer in Nakuru was found brutally murdered in his vehicle which had its side windows crashed to gain access to the officer.

According to the Star news reports and recorded OB 20/5/7/2021, PC John Ogweno was found in his Toyota Corolla in a parking lot in the early hours of Monday morning with blood oozing from his nose and mouth.

On close inquiry by Sergeant Joseph Ologe who is attached to Kasarani Police Line in Nakuru Police Station, he found out that PC John was shot in the right side of the head which made him bleed to death. 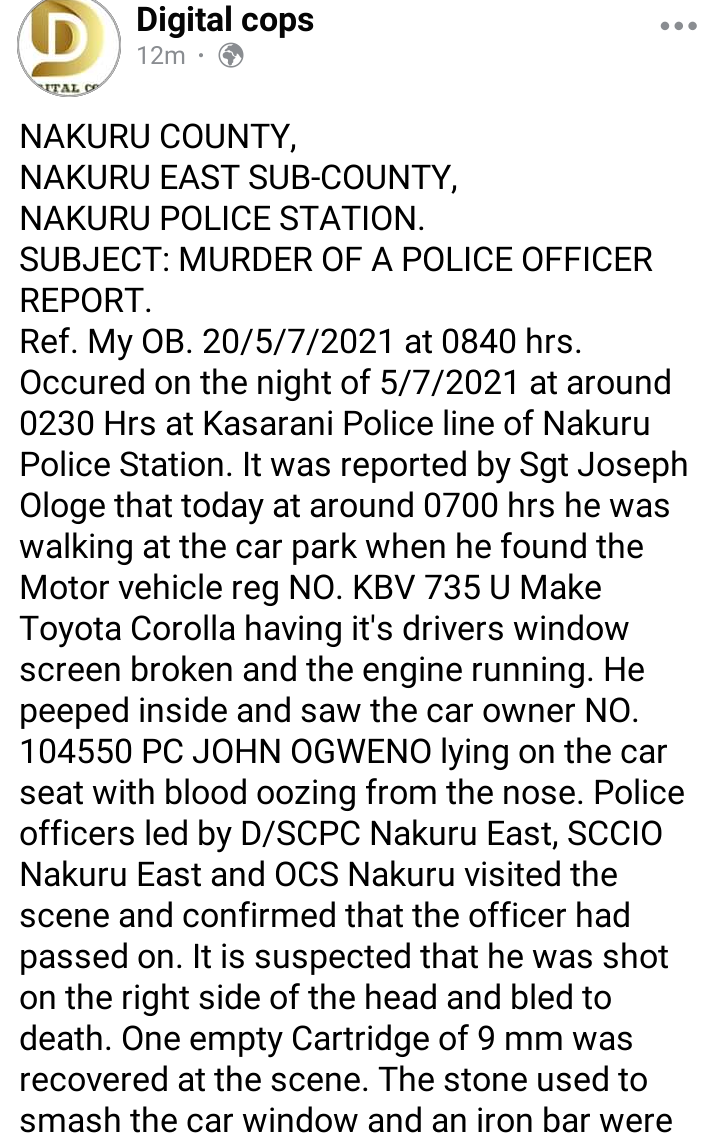 An empty cartridge of 9 mm was found on the scene as it is suspected that the officer was brutally shot using a mini ceaska fire arm which was not recovered at the murder scene.

An iron rod and stone believed to have been used to shatter the vehicle's window were also recovered at the scene which will be used in forensics to give way to the perpetrators.

This is a very unfortunate event which is so worrying that police officers should be keen on as their safety is always in jeopardy.