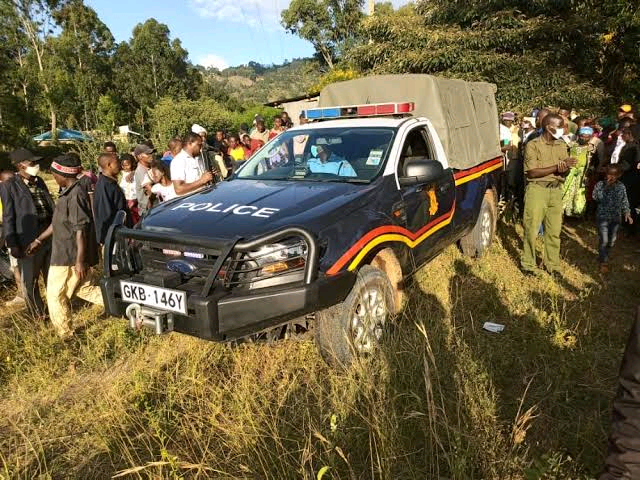 Lifeless body of a teenager found lying in a pool of blood inside his father's house in apparent suicide in Kilimani, Nairobi County.

Police said that the teenager’s body was discovered in a pool of blood in his father’s bedroom long after neighbours heard a gunshot in the vicinity.

The deceased is said to have locked himself in his father's bedroom, used his pistol was before shooting himself.

Police who broke the door to the bedroom said the victim shot himself in the head from the left despite being right-handed person.

Police are yet to reveal the motive of the shooting incident.

The firearm was collected by police and presented to ballistic experts for tests and analysis.

The body of the deceased was transferred to the hospital mortuary awaiting postmortem.

This comes barely few days when a 23-year-old man was also shot dead by suspected armed thugs along the road. 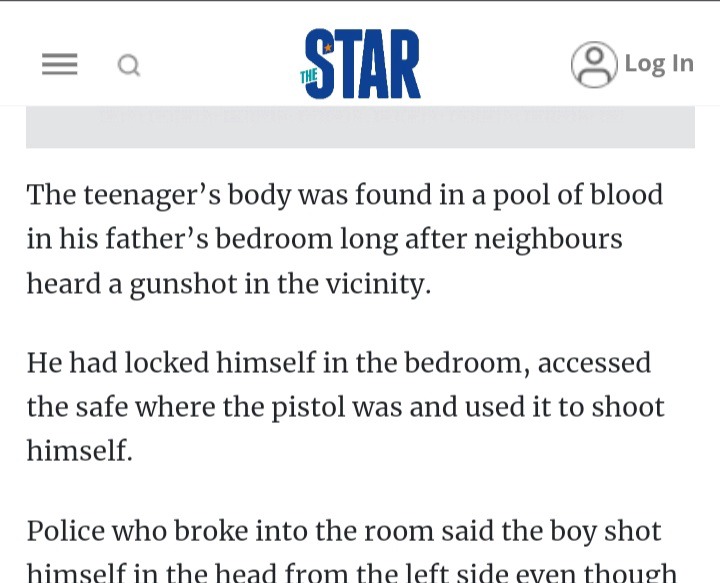