New details have emerged following the lynching of four elderly people in kisii. According to one of the grannies' family, their grandmother was not killed because of witchcraft.

According to them, their grandmother was murdered because of land conflicts with their rivals. They claimed that it was an all planned revenge mission that led to her painful death, leaving them without a grandmother and a home.

The four were burned alive on Sunday after being accused of practicing witchcraft. They were killed in Nyagonyi village, Marani Kisii area following the abduction of a high school student who later lost his speech and allegedly named them upon gaining it back. 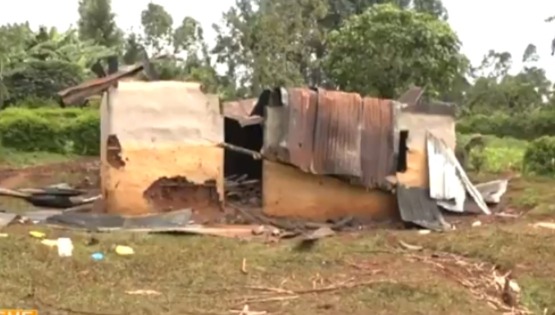 It is alleged that the student, who had previously been seen as weak and dumb, had been abducted overnight. When the villagers spat on him he regained consciousness, started talking attracting a large crowd.

Three of the victims were women while one was a man in his 80s. Police said the four had already been set on fire by the time they arrived. 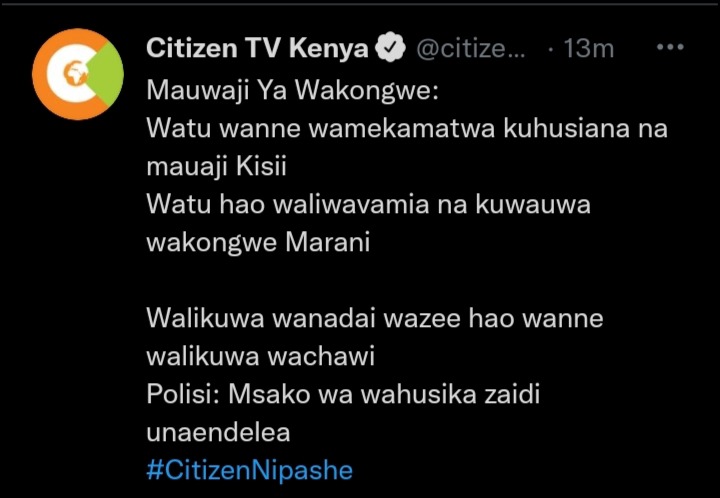