54-Year-Old James Gakara, the doctor who is reported to have murdered his two children by Injecting them with excessive insulin has finally opened up about the incident after confessing to the crime. According to the reports given by one of the police officer who responded to the incident, he revealed that the suspect who is currently receiving medical treatment at the riftvalley provincial hospital allegedly murdered his children before trying to commit suicide.

The officer who has been identified as Stephen Ambani said that he was forced to break into the man's house after they found his door locked from the inside. After getting in, they found the body of the two children lying on the ground while the man was found unconscious.

"We received a phone call from one of the neighbor's and after we went to the man's house, we found the two children dead. The suspect was unconscious and so we rushed him to the hospital where he is currently receiving medical treatment. At the same time, we also found a number of tablets on the table together with a syringe", DCI Stephen Ambani said.

James Gakara was immediately rushed to the hospital where he is currently receiving medical treatment awaiting to be charged with attempted suicide and murder of his two children who were taken to the Mortuary by these police officers.

The government Pathologist went ahead and revealed that they are currently conducting a more advanced postmortem services in order to find out what might have killed the two children. 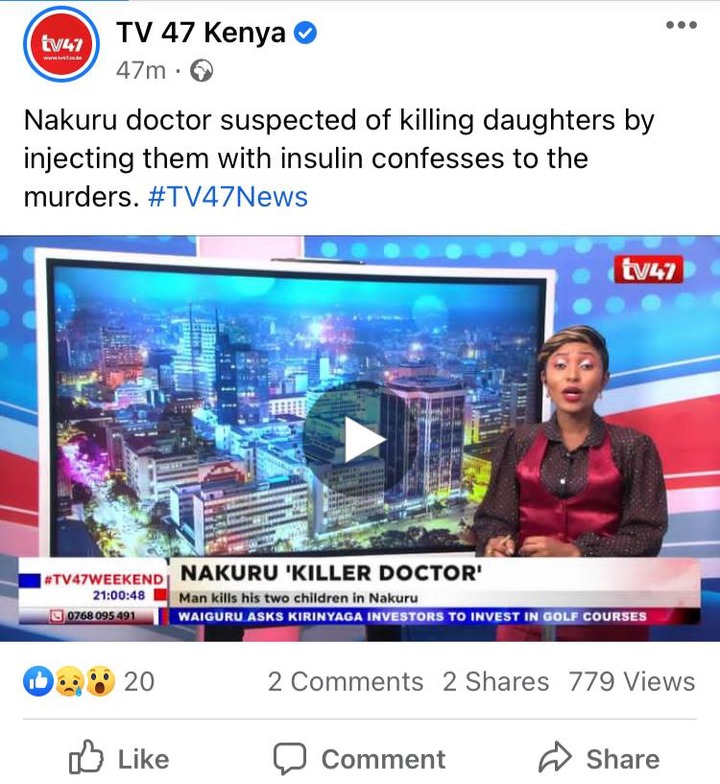 "No Doubt Ruto Is A Predator" Prof Makau Says, Reveals He Vanquished Musalia, Weta In One Fell Swoop