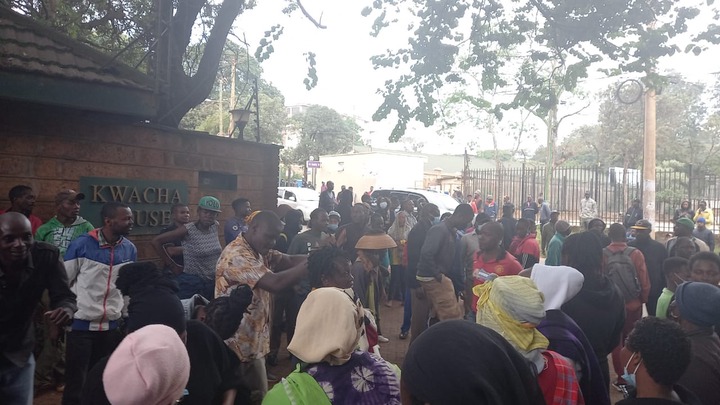 Tight security have been manning Jimi Wanjigi's Kwacha Offices in Westlands for close to 24 hours. A warrant of arrest against the business mogul have also been issued where Wanjigi and his wife are said to be involved in a land tussle that happened over a decade ago.

Today, Tuesday 18th, a series of dramatic activities have unfolded outside the Kwacha Offices gate. In the morning hours, a group of youth believed to be Wanjigi supporters protested demanding the security officers to leave Wanjigi in peace. Comedian Eric Omondi was also spotted at the scene.

A few moments later, police robbed teargas cannisters to the protesting youth who were demanding to access the premises. The protesters were dispersed and some state of calmness was reclaimed. 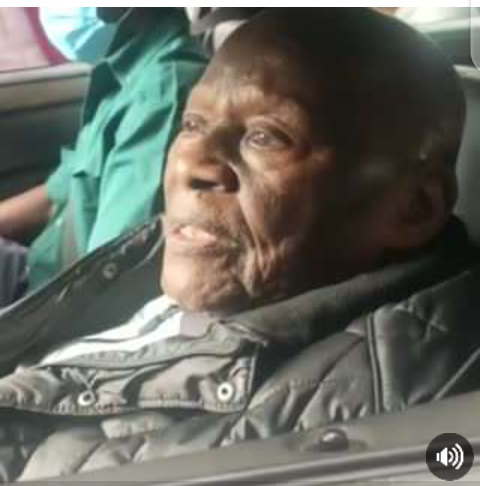 However, a dramatic scene has been witnessed again in the evening hours after police officers denied Wanjigi's Father access to Kwacha Offices. Maina Wanjigi wanted to have a chat with his son but security officers denied him.

This caused some tension at the gate as a group of Wanjigi followers expressed their dissatisfaction with the move by the police. They said that it was unfair for family members to be denied access to see one of them.

Jimi Wanjigi has linked his persecutions with the statement he made over the weekend at Kalonzo Musyoka's Yatta home. Wanjigi attacked the former prime minister Raila Odinga and accused him of betrayal. 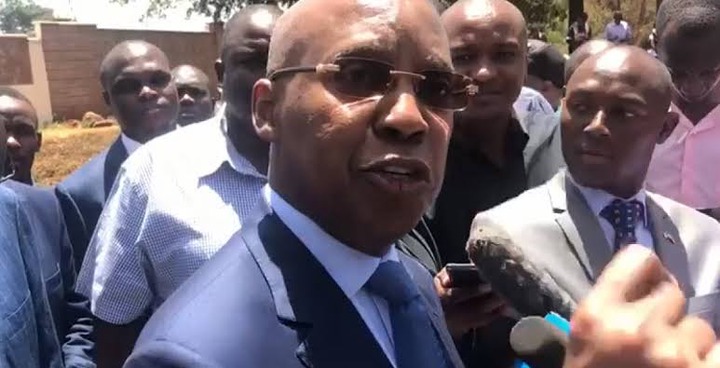