By Breakingkenya (self meida writer) | 1 months

It was on Tuesday night 18th May 2021 when Kenyans were treated with shocking, sad, and grave news following the sudden and mysteriously disappearance of an American-Somali businessman Hon Mohamed Bashir whose vehicle was found burnt beyond recognition, and the scene was allegedly cleared to cover up the evidence.But according to the news by Citizen Tv on Wednesday night, Mohamed Bashir, an ally of Deputy President William Ruto is said to have been seen dishing some money to a group of people from a certain luxurious club in Nairobi. According to the latest CCTV footage leaked by Citizen TV, Mohamed Bashir is seen again leaving the club, and stuck somewhere on a highway which is seen to have huge traffic on the left lane. 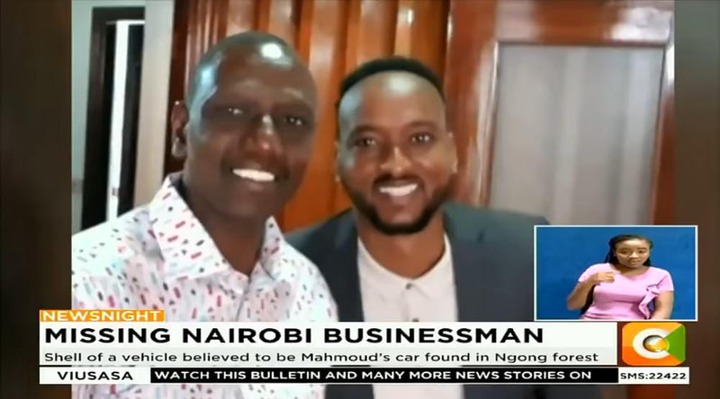 According to the latest phone data obtained from DCI, Mohamed Bashir is seen trying to call his wife, to maybe inform her that he was on the way coming, because, from some chat texts, Bashir's wife is said to have become impatient by the fact her husband had overstayed without sending any signal of returning home. 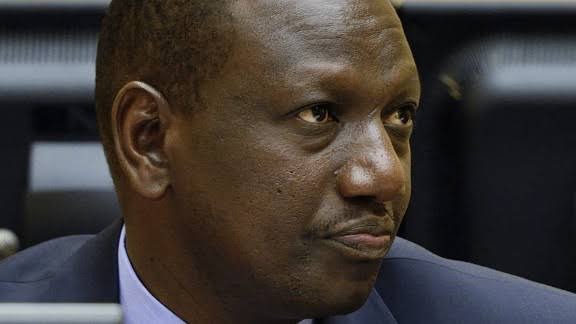 According to another CCTV footage, Mohamed Bashir's phone was snatched by a group of armed men, who hijacked his vehicle, and immediately they drove away. It is this time, according to Citizen Tv was Bashir's moment to be seen in public. 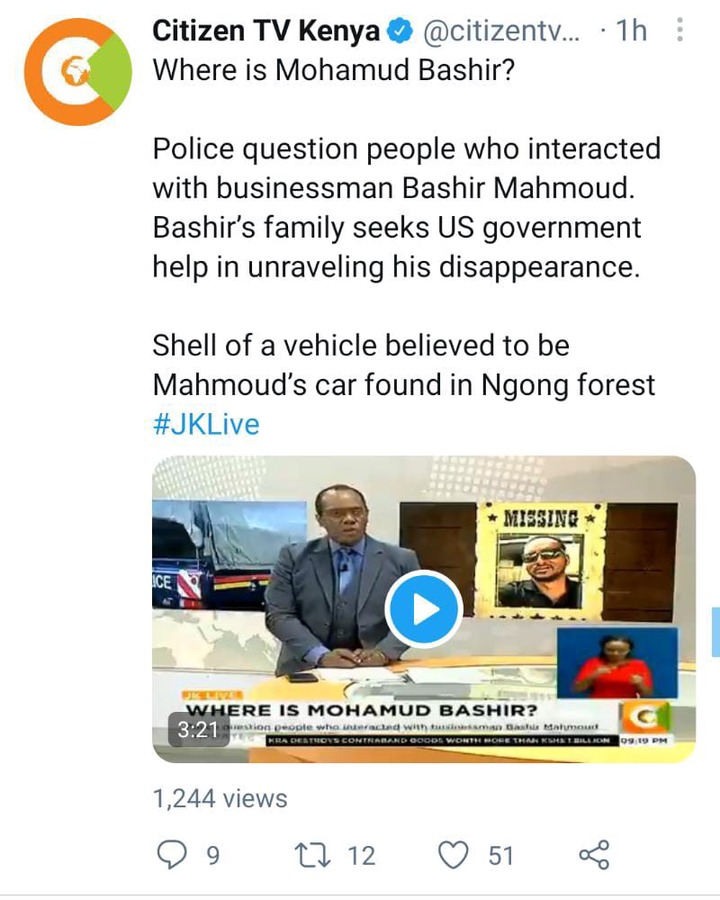 Responding to the sad news, his family has now sent an inquiry to the government of the United States of America demanding to know if Bashir is there. Here in Kenya, nobody including Deputy President William Ruto, who according to the media reports is believed to be a close ally of Bashir, has broken silence. The government has gone silent on the matter. 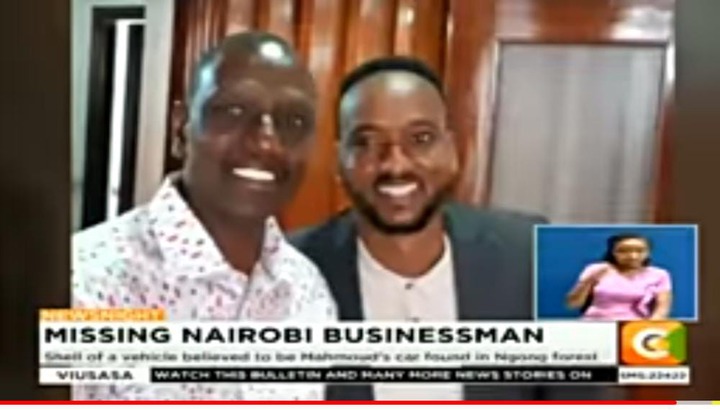