A bodaboda rider has met his untimely death after they were involved in a tragic accident where his pillion passenger escaped with injuries. According to reports by Sikika Road Safety, the rider was overtaking in a good manner but when he was about to finish overtaking, the driver of the car hooted at him making him to be confused. 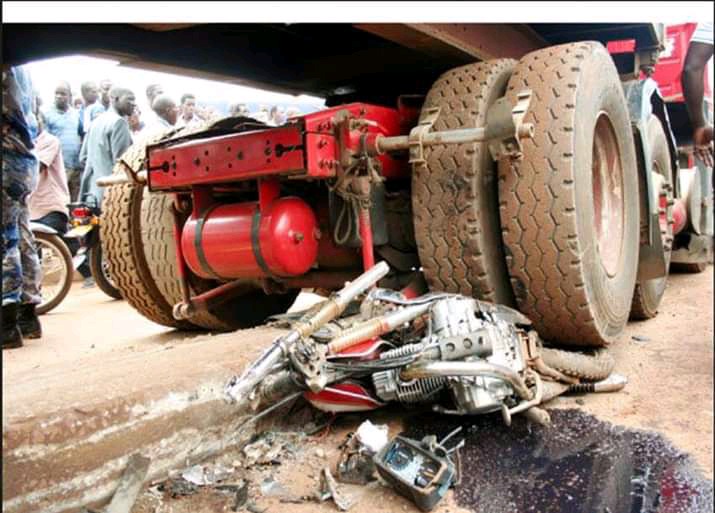 After the rider heard the hooting, he was totally confused and lost control of his motorcycle. It was unfortunate since the rider was hit by an oncoming truck which killed him on the spot. The customer who was being carried reportedly escaped from the incident but with severe injuries. 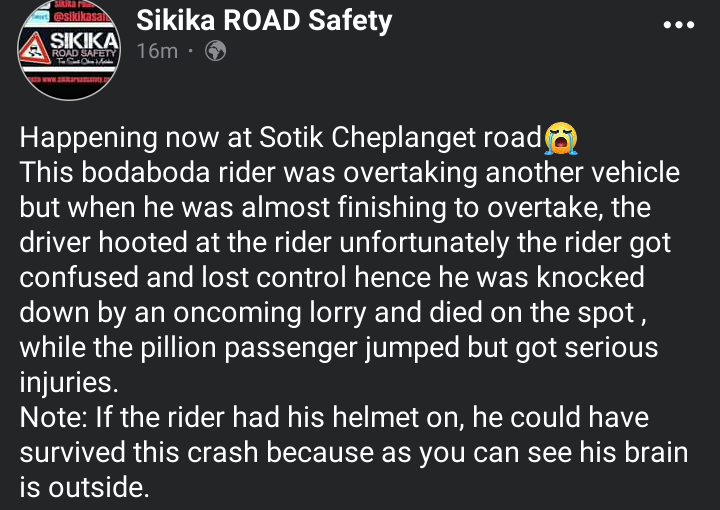 However, another onlooker has shared the exact events which transpired until the rider was hit by the lorry. His claims are not different from what has been reported but he alleges that the pillion passenger was the one who caused the accident indirectly. 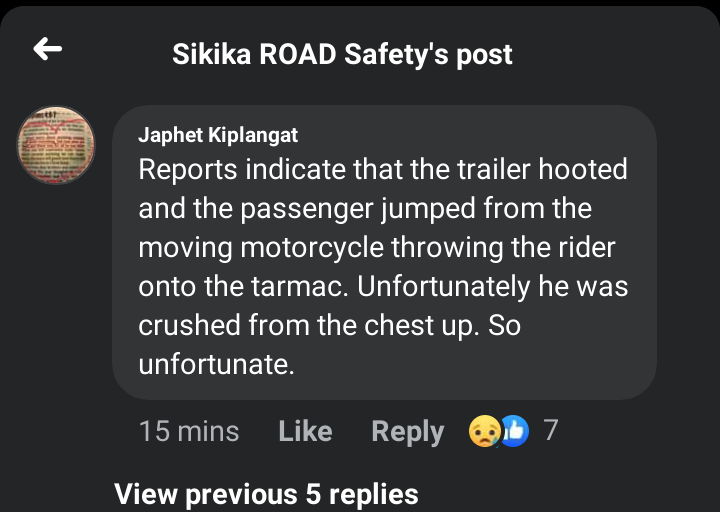 He says that the trailer hooted at the motorcycle rider and his passenger reportedly jumped from the motorcycle causing the rider to lose control and fell on the tarmac road. Unfortunately, the trailer had already arrived and the rider was crushed from the chest upwards killing him on the spot. Another thing is the fact that the rider did not have a helmet and that was a fatal mistake. He would survive the accident with injuries but due t the fact that he didn't have the helmet, he was crushed very badly.

Tired of saying NO to your kids