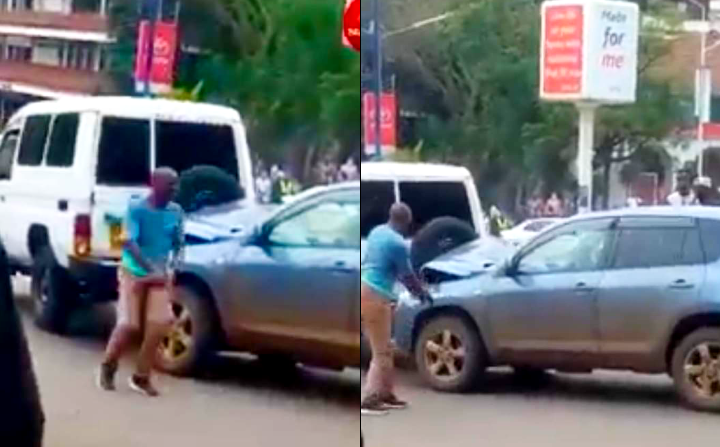 Hours after a video that captured an incident in Kisumu city where a man was forced to flee in his vehicle upon witnessing gunshots after purposefully hitting a police vehicle going viral, the Directorate of Criminal Investigations (DCI) has revealed what went down and how he was nabbed.

In a statement shared on Facebook this evening on (August 17th), the DCI revealed that the man was who is in police custody has been identified as James Njonjo Mue.

That the man was arrested as he tried to escape the onslaught that had been launched by the lone officer who emerged from the land cruiser he had hit and unleashed fire at the vehicle he was driving thereby deflating two of its tyres.

It was also narrated in the statement that before the incident, police officers on patrol had noticed the vehicle, that's a Toyota Rav4 of registration number KBS 175H, making endless orbits around the roundabout where the incident happened.

However, the driver defied the orders to stop and instead rammed on the land cruiser repeatedly as witnessed in the viral video and that's how his minutes as a free man started shortening at a fast pace. 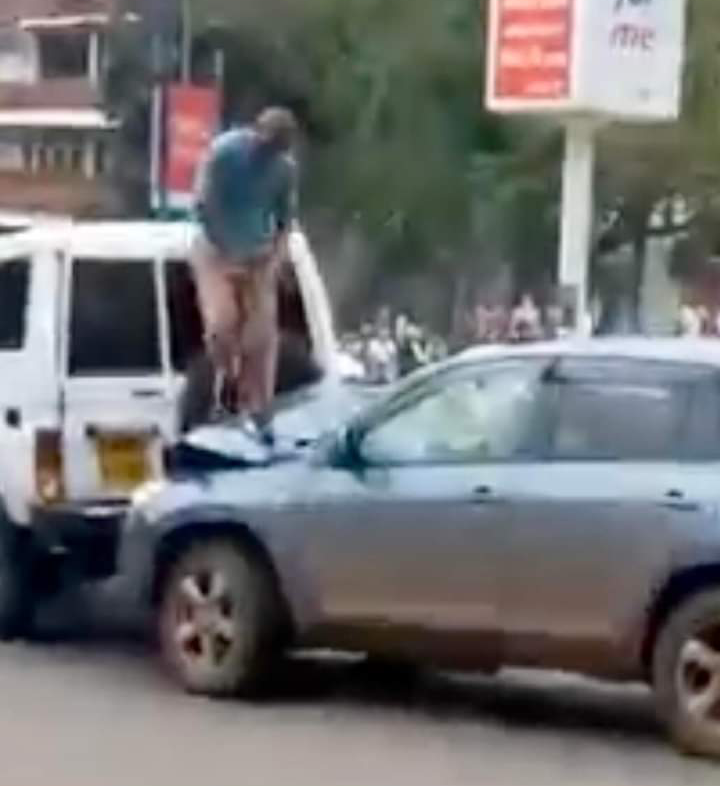 "What followed was the dramatic move by an officer who was at the back of the land-cruiser and who immediately disembarked from the vehicle, whipped out his firearm from its waist holster, released the safety cache and shot several rounds aimed at the vehicle's left tires in a swift and classical move.

After the gunshots, the driver of the vehicle failed to stop and accelerated on two flat tires towards Milimani.

This prompted the determined officer and his colleagues to give chase and successfully arrested the man outside Sovereign hotel.

Detectives are currently interrogating him as we congratulate the officer for a job well executed," the statement read. 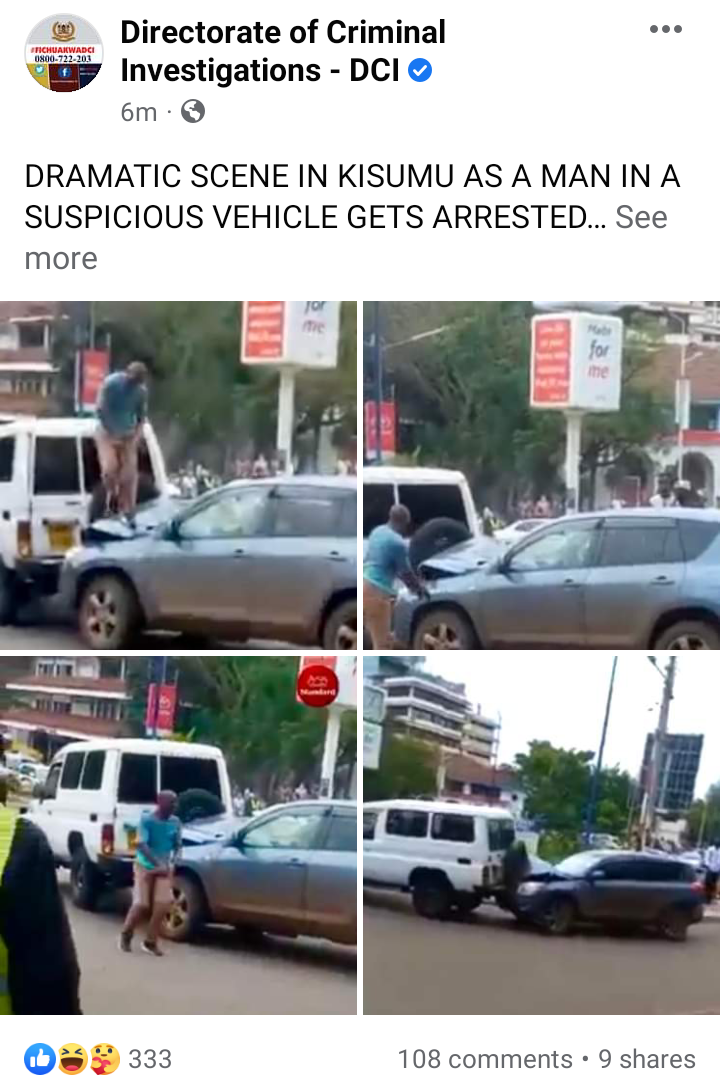