Killer cop Benson called his mother confessing that he had killed his wife, did not know what to do.

By Gossipgloss (self media writer) | 6 months ago

Constable Benson Imbatu shocked many people as news of his doing went viral on social media. The killer cop was a 53 year old. He killed his wife and then gunned down five more people randomly then turned the gun on himself. The incident occurred in Dagoretti where he and his wife residents. It is said that he had opened a bar for his wife. He found the wife talking to a certain man in the bar and he became jealous and enraged. 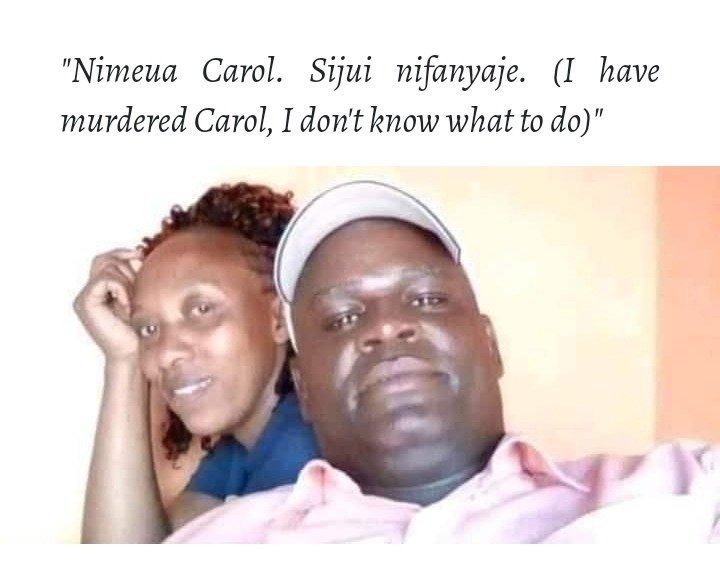 He shot at a TV and started punching and kicking Carol. It was at 1:03 a.m. when he called his mother telling her that he had killed his wife Carol and he did not know what to do. As they went to the DCI to record statements, the mother said that her son was breathing heavily on the phone and after delivering the news he ended the call. Two minutes later he called his cousin and told him the same news but the cousin cut off communication.