Police Officers Deployed In Waiyaki Way After Asian Men Were Spotted In the Area, Reason Revealed

Several police officers have been deployed around Waiyaki way in order to verify the documents used by a number of Asian foreigners who were spotted getting into the country a few days ago sparking alot of reactions among kenyans.

A few days ago, a video of several Asian men getting into the country sparked Alot of mixed reactions from a number of politicians along with kenyans after the video was shared on different social media accounts.

While reacting to this incident, the government claimed that the aliens had been allowed to get into the country on a temporary basis due to the fact that they were on a transit to Dubai but had opted to stay in Kenya as they couldn't afford staying in Dubai hotels for their Covid-19 approval.

At the same time, a number of kenyans who reacted to this incident called upon the government to reveal what was happening. According to the reports given by most Kenyans, they claimed that they needed the government to conduct an investigation in order to reduce the ongoing tension among kenyans in terms of security.

Reacting to this incident, Senator Oledama Lekina revealed that he allegedly reached out to President Uhuru Kenyatta who ordered the government through the ministry of interior to conduct an investigation in order to fish out those of whom had gotten to the country without legal documents.

In a dramatic incident that has happened today in the morning, a number of police officers along with the immigration officers have today stormed the Waiyaki way in order to verify the immigrants documents.

In a video that has been shared by a reliable source of information, a number of police officers could be seen checking out documents of the Asian men who were lined up for the process. 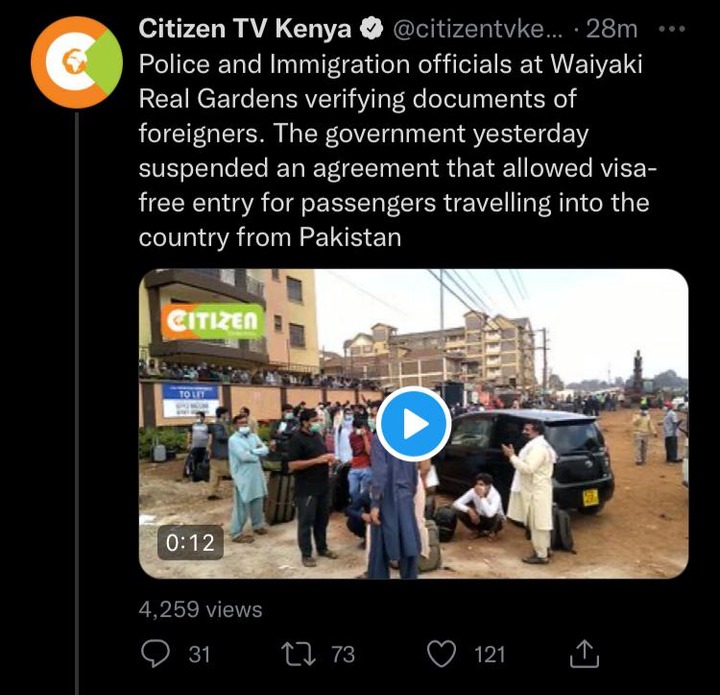