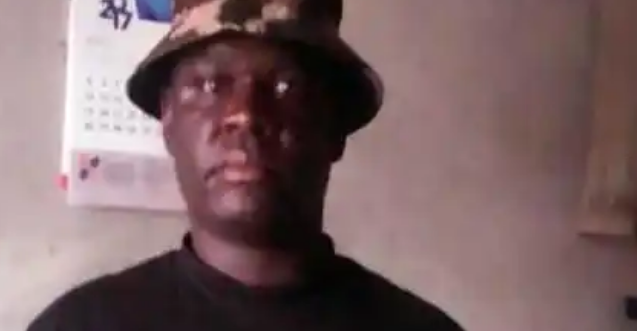 Residents of Kabete, in Kiambu County, woke up to chilling news on Tuesday that Police Constable Benson Imbasi had killed his wife by shooting her.

He then went into a frenzy shooting anyone on sight outside their home before ending his life.

The latest tragedy highlights the skyrocketing cases of law enforcement officers turning against their loved ones, colleagues, and even the public in general before committing suicide, raising alarm across the country.

The incident caused an uproar in the area leading to demonstrations and destruction of property.

According to insiders, Imbatu was involved in the murder of another civilian, Nicholas Lifedi, in the middle of this year, an incident that the IPOA has been investigating.

According to his co-workers, the killer officer was concerned that the investigation would pin him down after preliminary reports revealed that a firearm assigned to him was used to murder Lifedi.

The say the officer may have considered suicide since he was facing a probable prison sentence if he had been proved guilty.

Meanwhile, Independent Policing Oversight Authority (IPOA) confirmed it was probing an incident in which a police officer turned rogue and shot dead seven people, including himself and his wife on Tuesday, December 7, 2021.

Via a statement seen by Nairobi News, Anne Makori, the IPOA Chairperson explained that investigations are underway to get to the bottom of the incident, which she termed as horrific.

Via a statement, Anne Makori, the IPOA Chairperson explained that investigations are underway to get to the bottom of the incident, which she termed as horrific.

“The Authority this morning dispatched its Rapid Response team to obtain information that may be relevant in unveiling the circumstances surrounding the shooting incident,”

“Upon conclusion of the investigations, the Authority will make appropriate recommendations to relevant institutions including recommendations for compensation of victims of police actions as envisioned in Section 6 of the IPOA Act and Section 10 (1t) of the National Police Service Act,” stated the IPOA boss.

I Got Jailed For 94 Years After I Raped A Minor, I Messed Up My Life And Now I Regret It- Samuel

"I Raped A Minor And I Was Jailed For 97yrs, I Ruined My Life And I Regret What I Did" Samuel Stated