World Traumatized After Another Black American Is killed By The Police

By Hotnews (self media writer) | 7 months ago 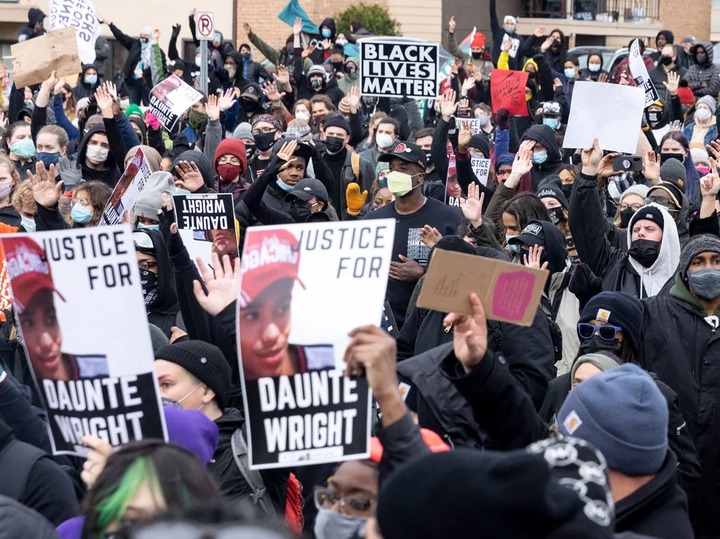 Emotions are high almost in every state after Daunte Wright, a black American teeneger was shot dead by police officers on Sunday. Yesterday night marked the 3rd night of protests and police encounter in Minnesota. Daunte Wright was only 20 years.

His killers say that it was an accident, the police officer who pulled the shot on Daunte Wright says that she confused the gun with a Taser.

Daunte was driving to his older brother's home in company of his girlfriend when he encountered a traffic that pulled him out of his car for an expired tag. Camera footage released on Monday indicate Wright standing outside his car with his arms at his back and an officer behind him, trying to shackle him. The officer is then heard telling Wright "don't" then Wright is seen getting back to his car and appeared to be on haste to leave.

George Floyd's family left the courthouse during Chauvin's trial, (killer of their son)to give comfort the Wright's family. The world seems to be annoyed by the historical injustice on blacks that seems unending.

Beyonce and Kim Kardashian have shown reactions of annoyance to the brutal murder of Dante Wright.