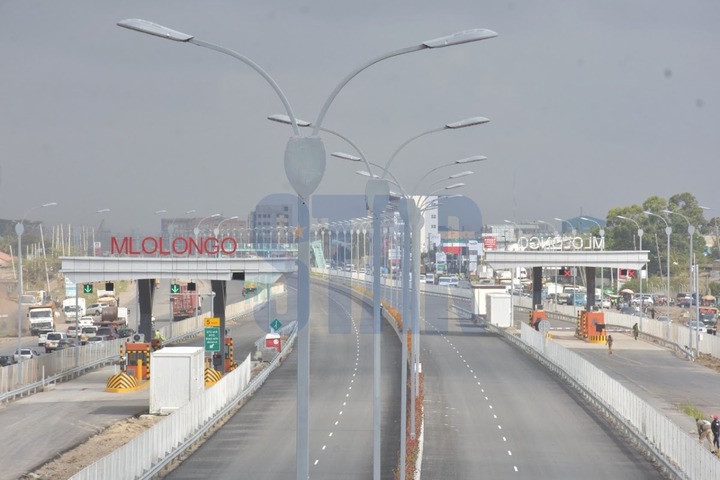 The deceased driver appeared to have been speeding when he approached the toll station on a video, which may have contributed to the accident.

The car continued to rush into the awaiting vehicles after striking the slowing bumps before the station, suggesting that the driver was traveling at supersonic speeds and seriously injuring the officer in charge of the toll booth.

All three payment stops had cars parked at them when the time stamp for 10.16 p.m. was recorded. A personal car was struck by the speedy car in the innermost lane, which had lost control. 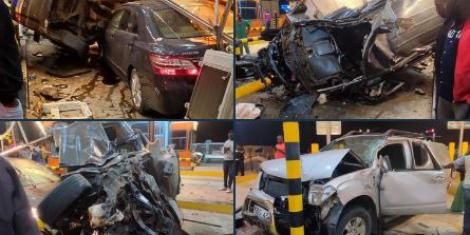 A vehicle was thrown into the air moments after the carnage, striking the opposing lane's toll booth before falling on a vehicle being served at the revenue collecting station. 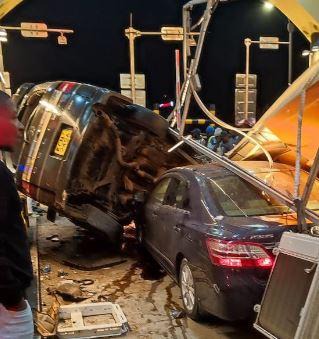 According to police sources, the speeding car's driver passed away instantly, and two of its passengers suffered significant injuries.

The third vehicle's passengers as well as the toll booth employee were taken to the neighboring hospitals where they got medical care. The vehicle wrecks were transported to the police station along the Athi River. 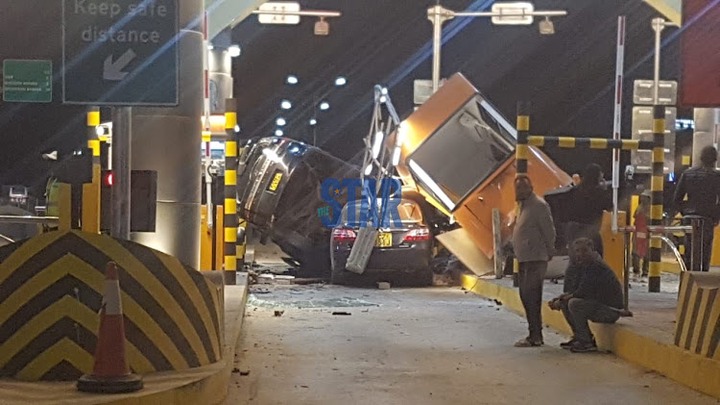 The station will be temporarily closed, according to the Kenya National Highway Authority (KeNHA). The destroyed portion of the station is now being repaired.

"Drivers violating speed restrictions are primarily to blame for the collisions. For instance, the Nairobi Highway has a speed limit of 80 kph or below, which is prominently posted along the expressway "said Oguna. 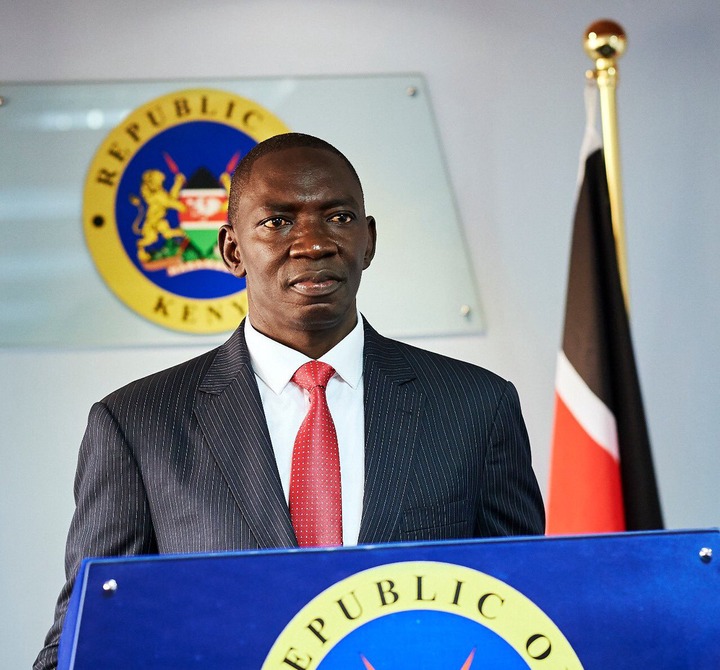 He advised drivers utilizing the Expressway to obey the posted speed restrictions and further disclosed that steps were being taken to reduce speeding on the elevated expressway.

In as many months, there have been two accidents at interstate exits. The road's design problems were exposed on May 29 when a truck swerved and struck a pole at the Standard Gauge Railway (SGR) exit.

UPDATE:NPS Statement On Their Investigations Into The Death of IEBC Official and Fracas at Bomas