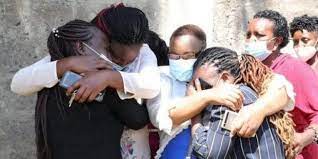 New details have emerged from neighbors of a rogue cop stationed at Kabete Police Station who on Tuesday morning killed his wife and five others in Kabete.

Neighbors who were demanding answers to why Constable Benson Imbatu, was still at work despite rumors that he had mental issues, staged a protest over the killings.

Reports from the Kabete Police station revealed that Benson left the previous night from work and carried with him AK47 rifle and later picked a quarrel with his wife Caroline Imbatu.

The continued quarrel degenerated into shooting that left his wife dead. A neighbour who had a bang followed by a gunshot and fire from the house rushed to nearby Kabete Police station where she mad a report over the incident.

Upon hearing the gunshot, neighbors and bodaboda riders operating alongside Heights apartment where the officer stayed rushed to the scene to check what was happening.

Walking into a death trap, Benson is said to have confronted them gun blazing and shot five including two bodaboda nad his neighbor in different locations.

A witness, Jane Wanjiru, said that his targets who he did not spare were far away from the house. He immediately went back to his house after police officer who had be called surrounded his house. 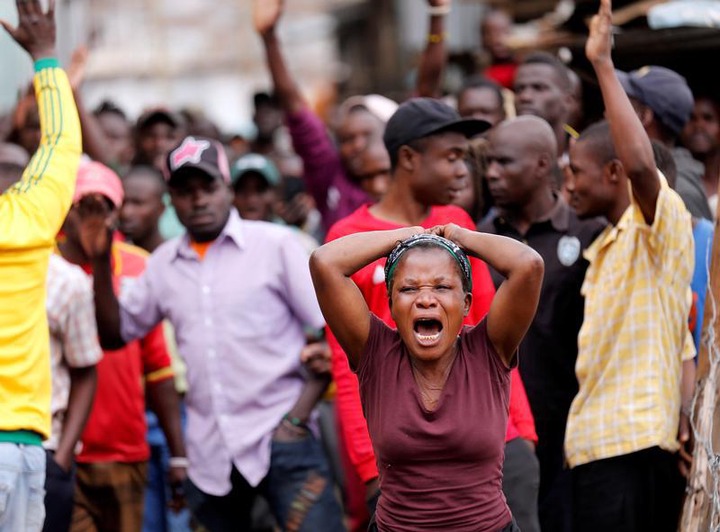 A few minutes later, they had a gunshot and after accessing the house, they found him lying in a pool of blood after shooting himself on the neck.

The wounded were rushed to Kenyatta National Hospital where they are receiving treatment.

Immediately after the incident, local staged a protest, lit bonfire as they demanded to be told what had happened.

The motives behind the killing is yet to be established. The police from the Kabete started investigations to determine what had pushed the officer from committing the heinous crime that has left Kabete resident shocked.