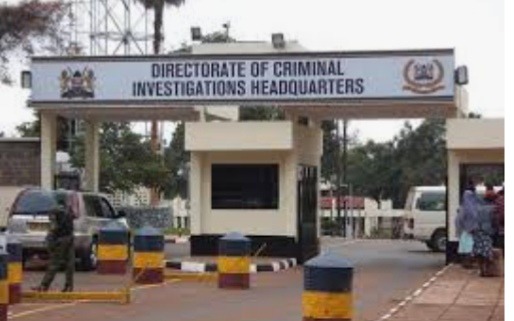 DCI Officers in Karatina are in hot pursuit of criminals behind a syndicate that recently conned innocent Kenyans sh. 1.8Million in a fake Police Recruitment alleged deal, where they promised to award the victims jobs in the recent police recruitment exercise.

The three victims namely Dismus Kirwa, Felix Kiprotich and jepngetich Kosgei aged 25, 28 and 20 respectively has prepared themselves to move to Kiganjo Police academy after traveling from Nairobi, to commence their official training to undertake the Police work that they had applied for. 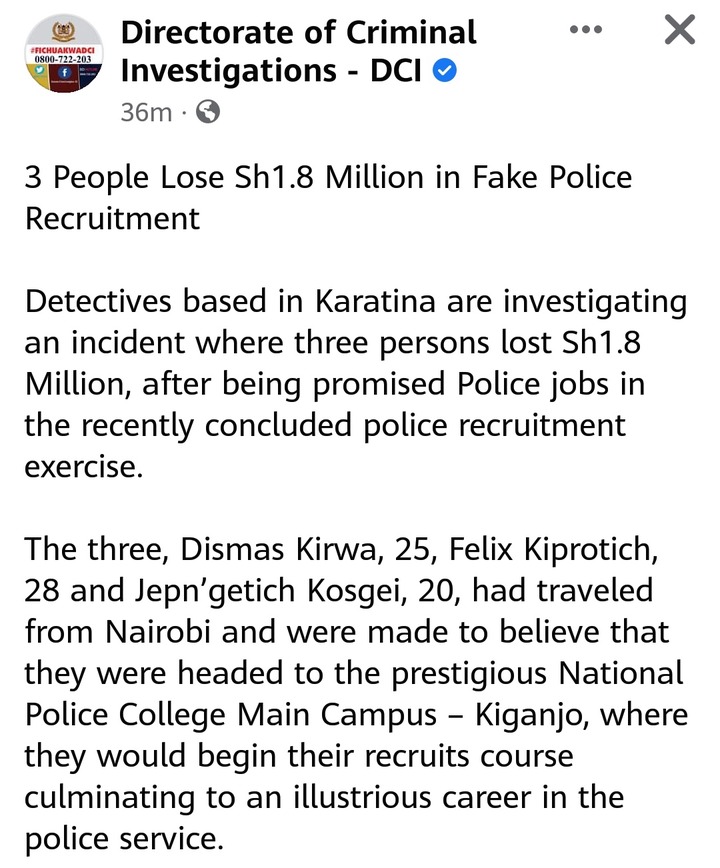 Before the game began, the parents of the three had accompanied them to the City from their Home County in Nandi with sh. 600,000 that they had been asked to provide. They later met the Suspects outside Hilton Hotel and sealed the deal. They were later handed the offer letters which is the main requirement, and told to enter a Toyota Car that was to take them to the main gates of Kiganjo.

After driving for some few kilometers to Karatina, the driver stopped to have His lunch together with the three visitors since they were starving, and later went on with their journey to the promised college. However, the to the shock of their lives, they came out of the restaurant and found that the Vehicle they used was not in the parking spot, and upon asking the driver, He claimed that there are possibilities that it was stolen. 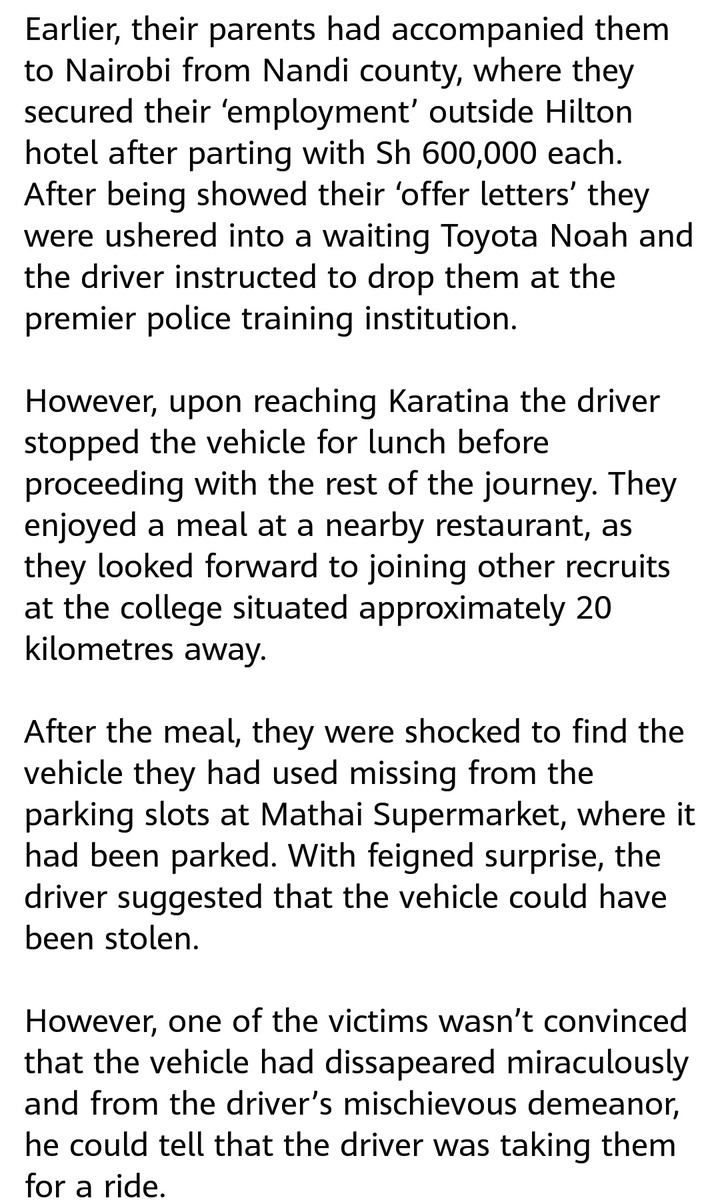 The Driver's lie however didn't match His facial expression and ability to conveince anyone, hence prompted one of the three to ask questions that left Him silent and shaking. Seeing that He was caught red handed on the fake syndicate, He decided to run from the scene and disappear only for the three to chase Him and cornered after running for 30 meters only, and attracting the public attention who gathered to inquire on the issue.

The residents helped the detectives to identify a suspicious Vehicle that was packed at Kerugoya Junction without the owners, and upon opening and looking into it, and discovered the the criminals had a huge amount of the illegal police calling letters that they used for the conning games. 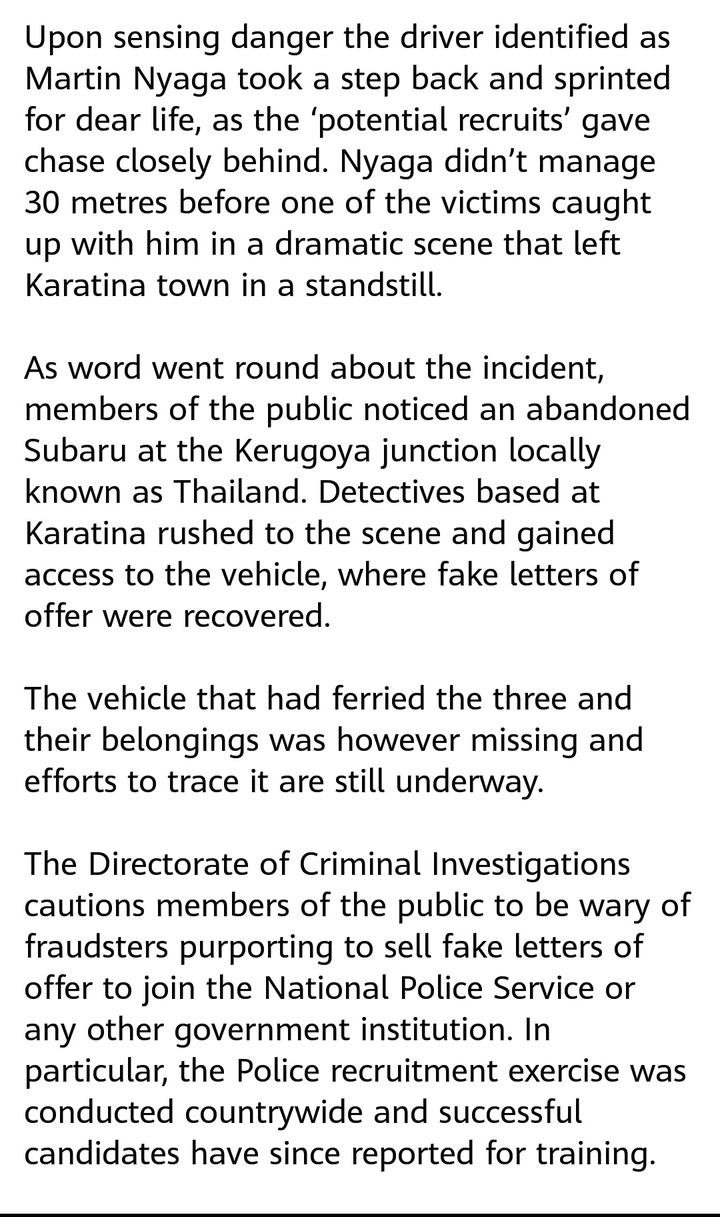 The Investigative body However sent a warning to Kenyans to avoid engaging in the short cuts while in the process to join the police, since many cons have used the opportunity to lure the public into falling for their tricks at this time when Kenyans are desparate to secure a job.

Such cases have been reported for the last two Weeks, after the exercise but not every victim was able to reach out to the detectives.

What Akombe Has Said About Chebukati and Missing IEBC Returning Officer