By KimaniOsoro21 (self media writer) | 7 months ago

Incidents where people have been injured in places of enjoyment have been on the rise in the country with Kenyans being urged to be extra careful to avoid such scenes which lead to injuries and sometimes death.

This afternoon, it has been reported that a police officer from Embakasi who was enjoying his drinks at a popular drinking hole in Embakasi in Nairobi County was badly injured at the establishment.

According to the Directorate of Criminal Investigations Official Social Media Handle, the officer was engaging a bar maid by the name of Mueni who was serving him the drinks.

Unbeknownst to the officer, another lady by the name of Nekesa who works at the establishment, had eyes on him and was very jealous that Mueni was getting all the attention.

As the officer was joyfully imbibing his drinks and making jokes with Mueni, projectiles flew from the counter where Nekesa was working and badly injured the officer.

Nekesa then came on Mueni and a fight broke out but the officer, who was badly injured, could do nothing to held and he was later on rushed to the hospital.

Investigations have begun into the incident that happened yesterday at Villa Police Station Canteen involving the officer who works at Kware Police Station. 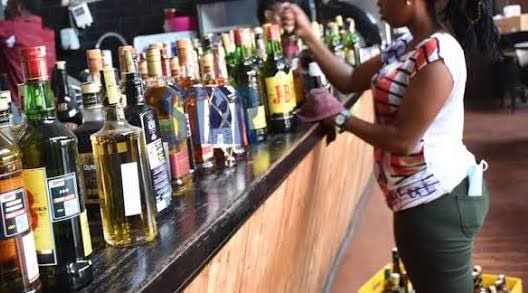