Six family members met their untimely death while they were saying goodbye to their guest whom they had escorted to board a taxi. According to police officers, the Matatu carrying 11 passengers reportedly lost control and rammed onto the family members who were still standing at the road side at around 9:30pm on Thursday in one districts of Uganda.

According to police reports, most of the family members who were killed in the tragedy were children aged 7, 10, 11, and 12 respectively. Four people died on the spot while 2 others died after arriving in the hospital. However, there are other ten people who were badly injured and they were rushed to the hospital. 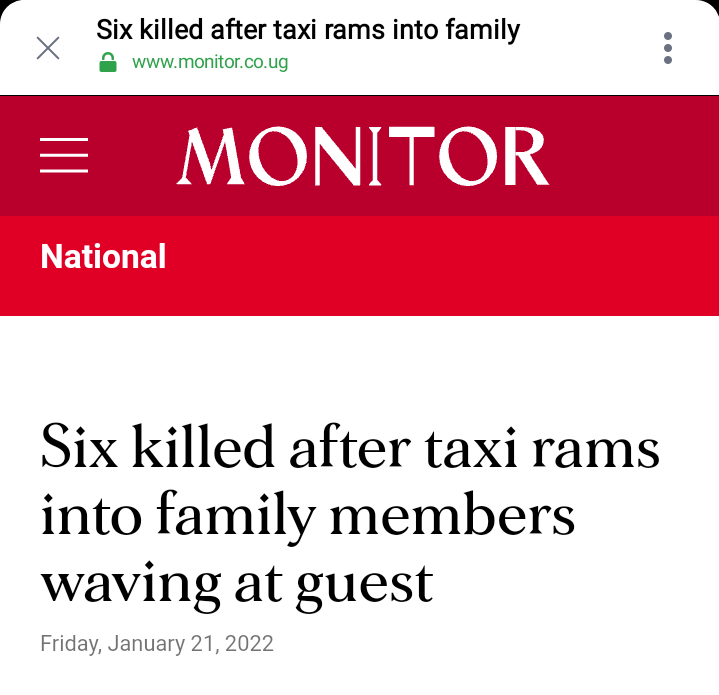 Another person who died inside a woman identified as Gertrude Giramia who was only six months pregnant who was travelling to the hospital. The taxi driver has been arrested and he is currently in police custody. The accident has been linked to careless driving which has landed the driver in trouble. Those who died have been taken to the mortuary bas they await postpartum to be done and identify the real cause of their deaths. The driver of the vehicle will be charged for taking the lives of six innocent people.