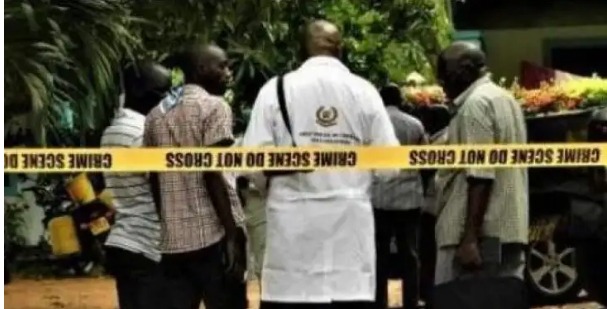 An armed police officer on Tuesday, 07 December 2021 went on a shooting spree. killing six people before committing suicide in Nairobi’s Kabete area in a bizarre incident that is under investigations.

The constable identified as Benson Imbatu turned the gun on himself after shooting six others who included his wife, neighbours and bodaboda riders who had rushed to his house to check what had happened when they heard gunshots in the Tuesday morning incident.

According to the police, constable Benson Imbatu attached to Kabete police station went home with his AK47 rifle and picked a quarrel with his wife Carol Imbatu that degenerated into the shooting.

First to rush to his house at the sound of gunshots to check what had happened were neighbours and bodaboda riders who operate near the Heights Apartment where the officer stayed.

This was after they also saw a fire emanating from the house, police said but they were met by a hostile Imbatu who stepped out with his gun blazing and felled five other people including two bodaboda riders and his neighbours in different locations near the house. 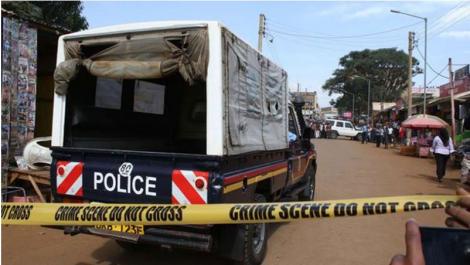 “He went on a shooting spree pursuing his targets far away from the house,” said a neighbour Jane Wanjiru who hid in her house.

The incident also left two other people who were shot and seriously wounded and are admitted at the Kenyatta National Hospital.

Police responded swiftly and surrounded the house before they heard a gunshot and later discovered he had committed suicide by shooting himself in the neck.

In the wake of the shooting, protests started along Thiongo Road with locals demanding explanations why it happened.

“We have been told the officer had mental issues. Why was he at work?” asked one local.

“We do not know the motive of the incident but we have lost seven people including the officer who died by suicide,” said Wahome.

Member Of Parliament Who Worked As A Tout

Ruto, Musalia Nakuru Rally Turns Unattractive as Hundreds Walk Out in the Middle of Speech

7 Signs That You Might Be Having The Gift Of Prophecy