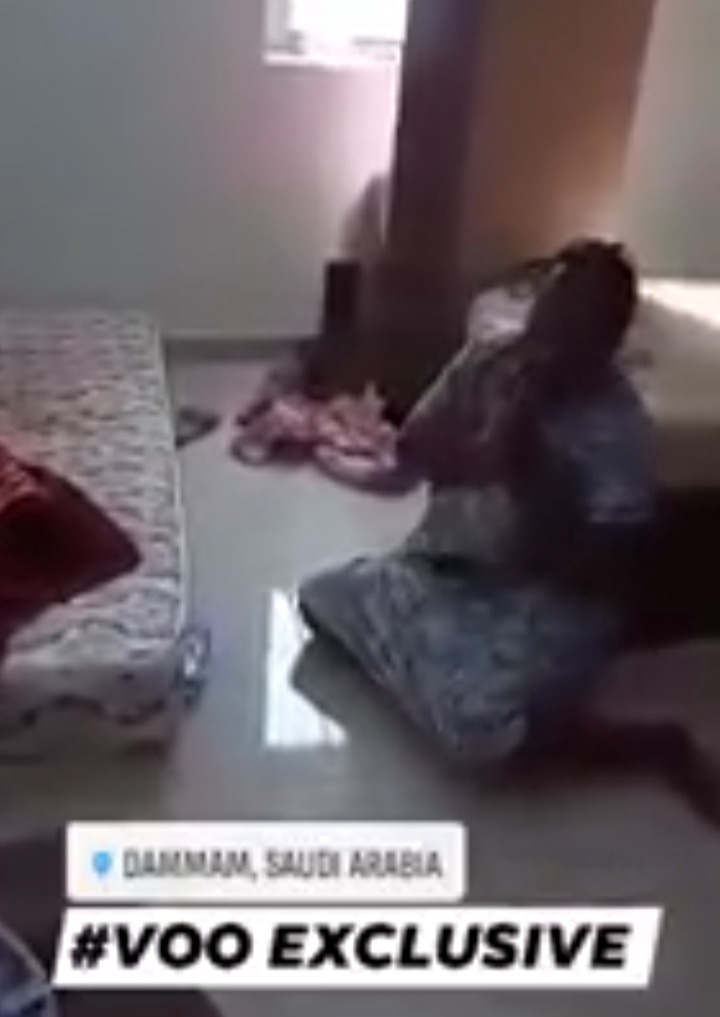 Turbulence and pain of Kenyans working in Saudi Arabia continues to torment them over alleged mistreatment they receive from their employers.

Many Kenyan citizens have been warned of going to the Middle East seeking for employment opportunities but considering the hard economic times in the country they still find themselves there.

Middle Distance Runner Alfred Koech on Tuesday evening shared a devastating video of a Kenyan lady worrying in Saudi Arabia who is alleged to be having mental problems. 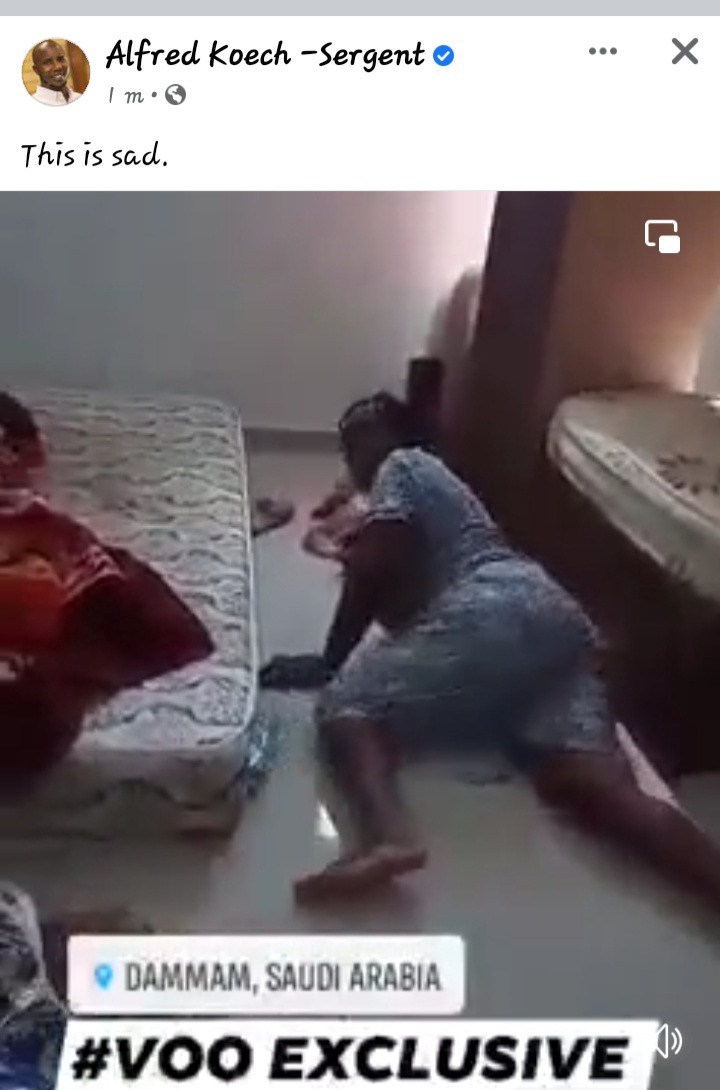 In the video, fellow Kenyans who have given her asylum are seen preventing her from committing suicide. According to them, the lady has been in that state for a period since she came to their residence.

Shouting and screaming, the woman is heard saying, "Shukrani, Kalas kalas..." and other inaudible chanting.

Calling for help, the ladies requested Kenyans authorities to come to her help and assist her get back to her family.

They further called for anyone who knows her or her agency to come to her rescue and help them take her home. To them, they feared that she might eventually commit suicide if she does not receive immediate help. 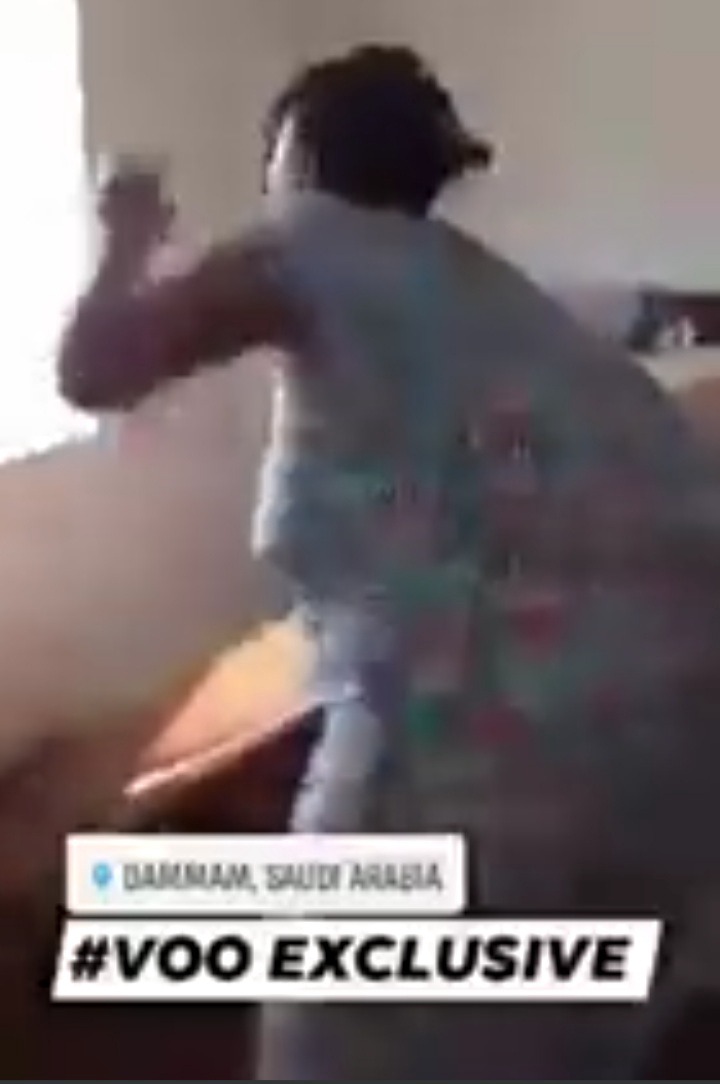 This is not the first incident where Kenyan workers in Saudi Arabia faces such challenges and mistreatment from their employers.

Another Kenyan identified as Maximilia Muhadia who died in Saudi Arabia was reportedly said to have died after she was hit several times on the head with a blunt object leading to her death. Muhadia, according to a postmortem results had serious injuries in the head. 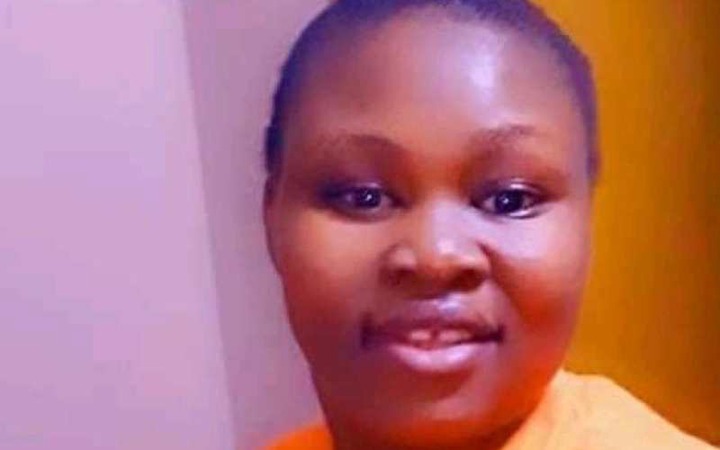 Recently, Kenya’s Foreign Ministry said that 89 Kenyans, most of them domestic workers, had died in Saudi Arabia in the past two years.

According to Saudi authorities most of the deaths were from cardiac arrest however appearing before parliament’s labor committee, foreign affairs Principal Secretary Macharia Kamau said that all the Kenyan deaths in Saudi Arabia over the last two years were suspicious and that they were going to conduct independent investigations on the matter.

Derrick Biwott It can't be closed,there are a lot of good benefits to our girls than few issues caused by some of lazy girls who reach there and cause drama.

Irene Njogu Our gals will never listen not to go on this arabs country.....i was there & if you dare mwarabu they're capable of doing anything to you God have mercy.