A deadly accident along the southern bypass has allegedly left a woman nursing painful injuries after being run over by an over speeding vehicle. 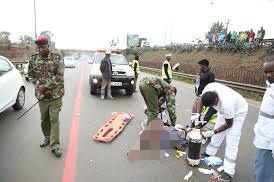 Taking to his Twitter account to express his shock and surprise after the accident, the witness claimed that the victim had allegedly been hit by an Over Speeding vehicle that left her in a state that scared others from taking photos.

According to the reports given by the witness, he added that the victim who was being attended to by police officers who were alerted by one of the witnesses was so lucky to have survived the ordeal.

In the latest accident statistics, the government has revealed that the rate of deaths which are related to accidents have increased in the past few months compared to last year.

While reacting to this incidents, the Nationally Transport and Safety Authority has called out all kenyans who allegedly ignore all the traffic rules and regulations to start following them blaming the increasing rate of accidents on kenyans ignorance.

At the same time, the inspector General of police, Hillary Mutyambai has called upon kenyans wanting them to report corrupt police officers in order to reduce the increasing rate of crime among officers in the country.

While reacting to the alleged bribes being given to traffic police officers, the inspector General of police said that no police officers should receive any Bribe from any kenyan for whatever reason, at the same time, he urged kenyans to also make sure they don't Bribe these officers. 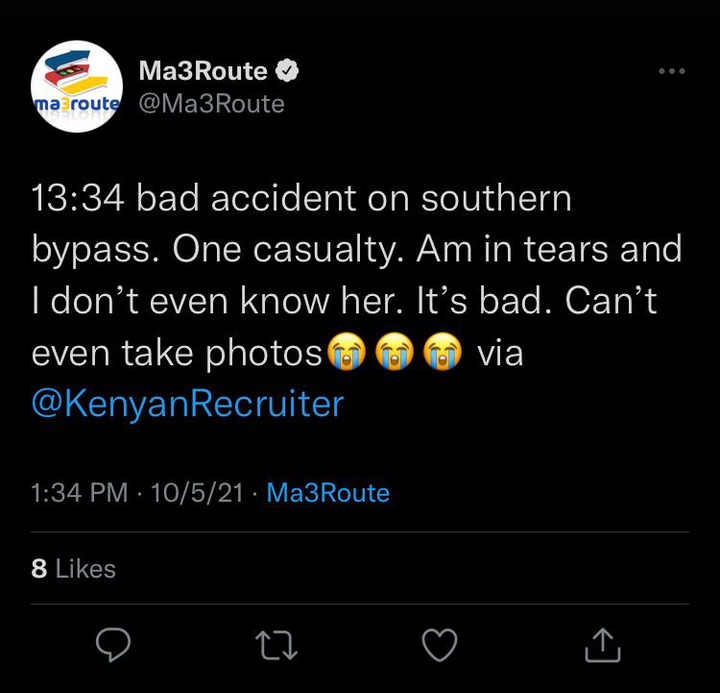 IS She Acting Difficult To Get? Here Is How To Make Her Fall For You.