Man Beheaded By Unknown People In Naivasha, Police Looking For The Missing Head

Man beheaded by unknown people in Naivasha, police looking for the missing head in Nakuru County.

Nakuru County Police Commander James Abdi who confirmed the incident said the victim's body was found by a middle-aged man who notified the police.

James said he was beheaded by unknown men who later dumped his body along the road.

Locals who thronged the scene to have a glance of the unfortunate incident cursed the men who took part in the murder of the young gentleman, saying the deceased still had alot of promise to the future. 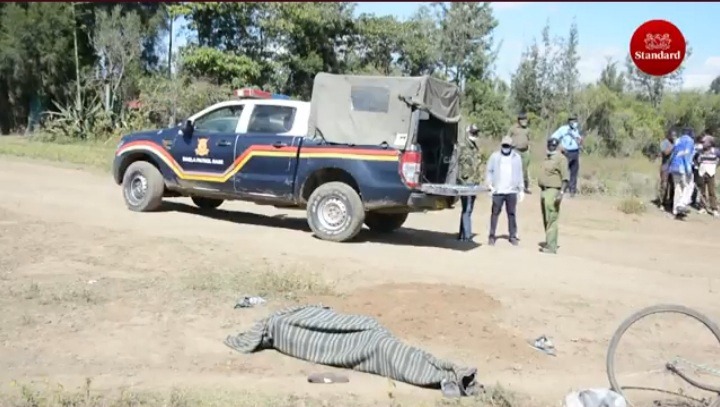 Police said the motive behind his murder remains unknown.

The residents now blame the police for failing in their mandate to fight off the rising cases of insecurity in Naivasha town and its environment.

The deceased was identified only as Jack, 35-year-old fruits vendor in Naivasha town.

His brother also identified as Ken Lugu, who managed to spoke to the press said that he got wind of his brother's murder after getting a call from one of the officers who responded to the scene of crime. 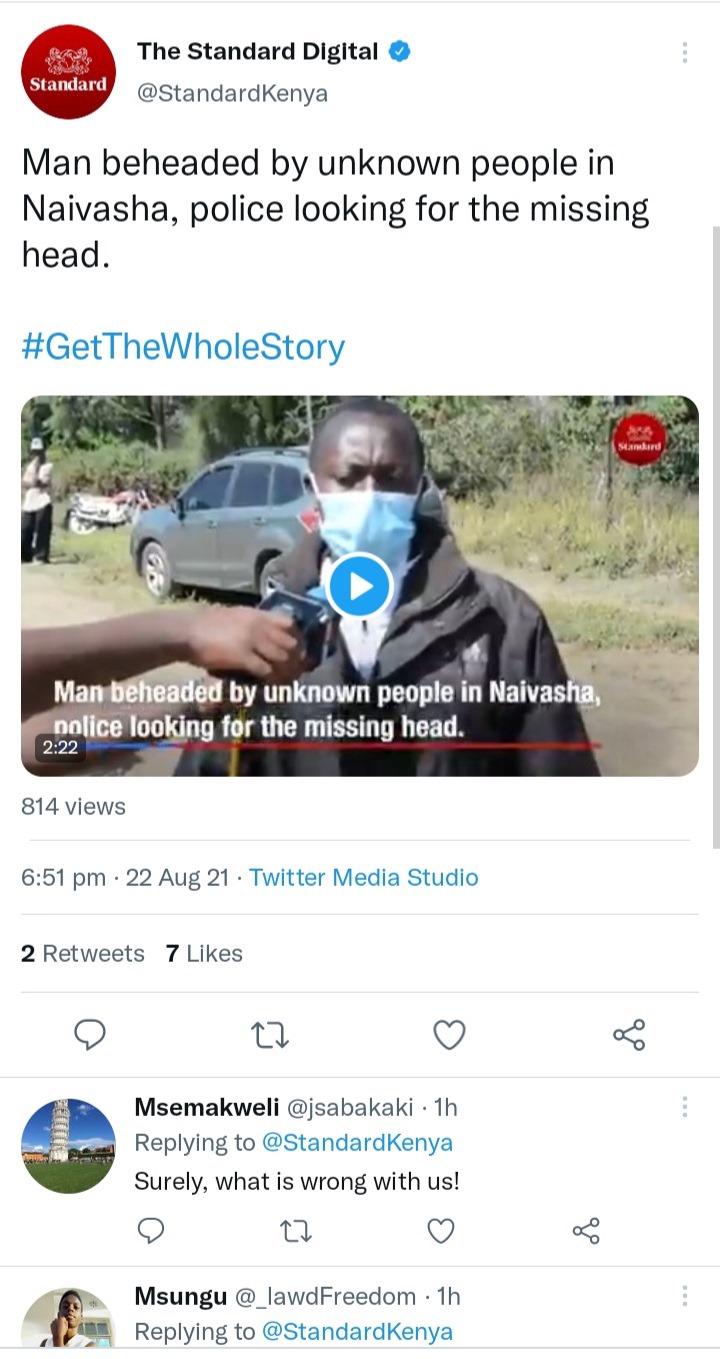